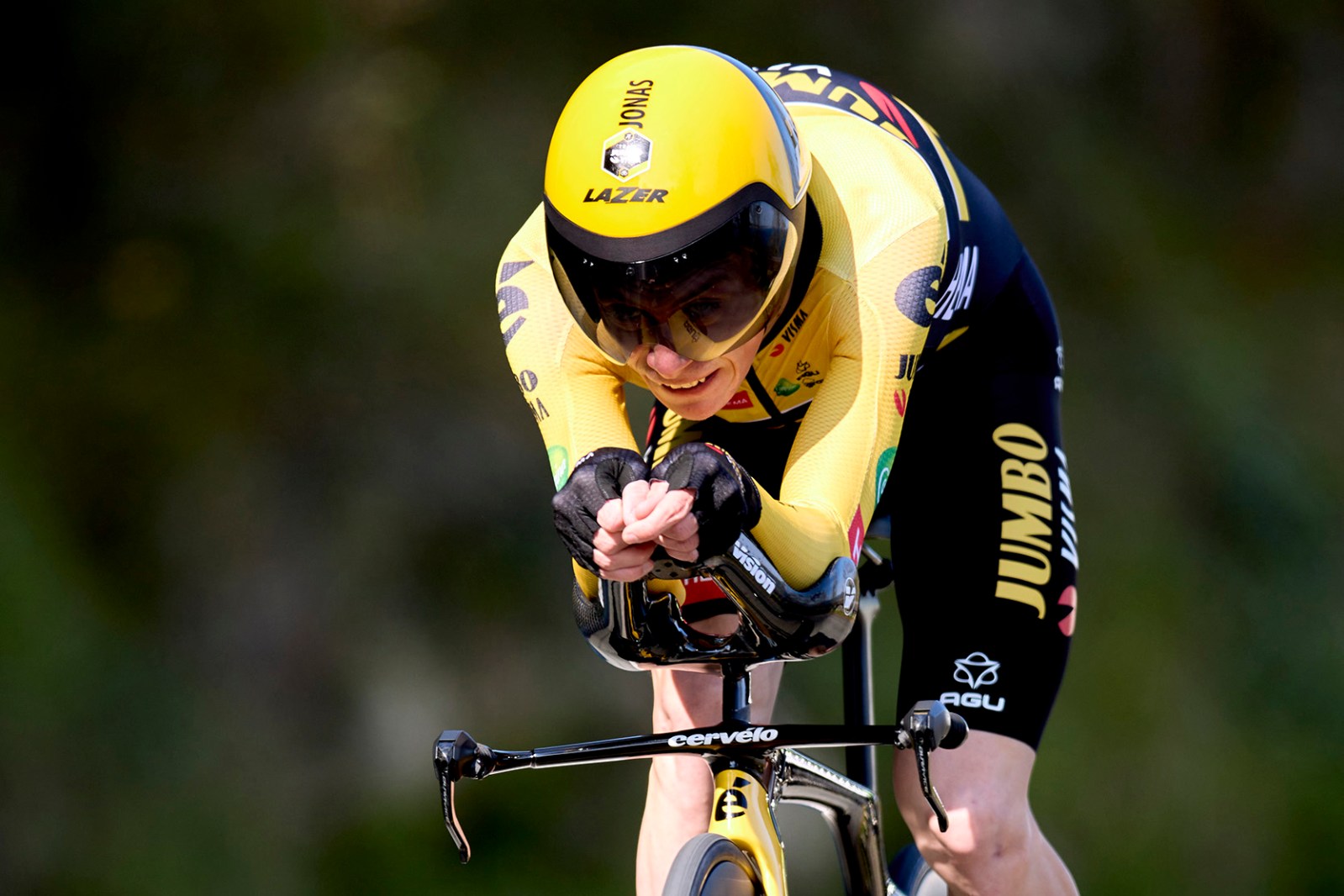 Jonas Vingegaard threw everything at Tadej Pogačar to win an epic 11th stage of the Tour de France and replace the defending champion as the overall leader after a gruelling Alpine trek on Wednesday.

Vingegaard, the 2021 runner-up, attacked 4.9km from the finish to drop Pogačar, who had been attacked relentlessly by the Dane’s Jumbo-Visma team all day and cracked after looking unbreakable in the first block of racing.

The Dutch outfit went all-in, taking the risk that their move could backfire, to seize control of the Tour midway through the second week on a stage that ended at the top of the punishing Col du Granon – a 11,3km ascent at 9.2% – at 2,410m.

The attacks had started on the Col du Telegraphe and continued on the long ascent to the Col du Galibier, culminating at 2,642m, but Pogačar had at first followed easily after being isolated from his UAE Emirates teammates.

His yellow jersey zipped up despite the heat and a smile on his face, the Slovenian looked comfortable when he started the climb to the Granon. But having had to cover every move from Primož Roglič and Vingegaard, the 23-year-old was left stuck on the tarmac when the Danish rider launched yet another brutal attack, 4.9km from the line.

The smile made way for a mask of pain and despair, and Pogačar opened up his jersey, looking for air and perhaps hope.

Vingegaard reaped the rewards of his earlier attacks and those of teammate Roglič, who sacrificed his own chances in a risk-it-all strategy by the Jumbo-Visma outfit in arguably the best Tour stage this century.

Read in Daily Maverick: “Pogačar is favourite at a Tour de France that lacks of African flavour”

After his attack, Vingegaard never looked back, overtaking Frenchman Warren Barguil, the last survivor of the day’s breakaway, and Colombian Nairo Quintana, who had gone solo earlier from the group of favourites.

Quintana took second place, 59 seconds behind, with France’s Romain Bardet finishing third, one minute and 10 seconds off the pace.

“The team were fantastic, especially Primož. He’s one of the leaders and he did everything. He showed how generous he is. He’s such a great rider. Winning a tour stage and wearing the yellow jersey is what I’ve always dreamed of,” said Vingegaard.

“Tadej is probably the best rider in the world. Taking the yellow jersey from him is incredible. He will do everything he can to reclaim it and I’ll do everything to keep it.

“In the last 3km I was on the limit, I just wanted it to end. It was brutal, brutal.”

Vingegaard was flying and he crossed the line two minutes and 51 seconds ahead of Pogačar to take the yellow jersey.

“I was a bit surprised that the time gaps were this big and on the other hand it was a super, super-hard stage,” he said.

“At the bottom of the Telegraphe we had already attacked and again on the Galibier. We had planned to make it hard today. The harder it is the bigger the gaps in the end and it was to my advantage.”

The strategy could have backfired and Vingegaard risked paying for his own efforts.

But having already finished runner-up in 2021 behind Pogačar, he was ready to risk losing the Tour in order to keep his chances to win it alive.

Read in Daily Maverick: “Tour de France: How many calories will the winner burn?”

“Primož and I have already been second on the Tour,” said Vingegaard. “I wanted to try everything to have a chance of winning the Tour and rather risk losing it instead of finishing second again (in Paris). So that’s what we did today and it shows how good a team we are.”

Jumbo-Visma, however, know Pogačar will not go down without a fight.

“He’s probably the best rider on the planet,” the 25-year-old Vingegaard said.

“I first felt good on the Galibier. I came under attack and they harassed me,” said Pogačar (23), whose team has been weakened after two UAE Emirates riders pulled out of the race with Covid-19.

“The whole Jumbo team were super-strong and they were just stronger. Suddenly in the Granon I didn’t feel good. It was not my day, but I’ll continue to fight,” he added.

“I’m going to try to regain some time, for you guys it’s going to be nice to watch. Today was a bad day but starting tomorrow I’ll be on the attack again.”

Pogačar, who started the day 39 seconds ahead of Vingegaard in the overall rankings, crossed the line in seventh place, 2:51 behind the winner, his face a mask of exhaustion.

Overall, Vingegaard leads Bardet by 2:16 and third-placed Pogačar by 2:22.

The Ineos-Grenadiers team limited the damage, with 2018 Tour de France winner Geraint Thomas taking fourth place and Adam Yates finishing sixth on the day. Thomas is fourth overall, four seconds behind Pogačar, and Yates is sixth, 40 seconds behind his teammate.

Stage 12 promises another brutal day in the Alps, taking a worn-out peloton from Briancon, through the Col du Galibier at 2,642m before an endless ascent to the Col de la Croix de Fer.

Thursday’s stage finishes at the iconic Alpe d’Huez, a 13.8km ascent at 8.1%, featuring 21 hairpins to the top. Reuters/DM