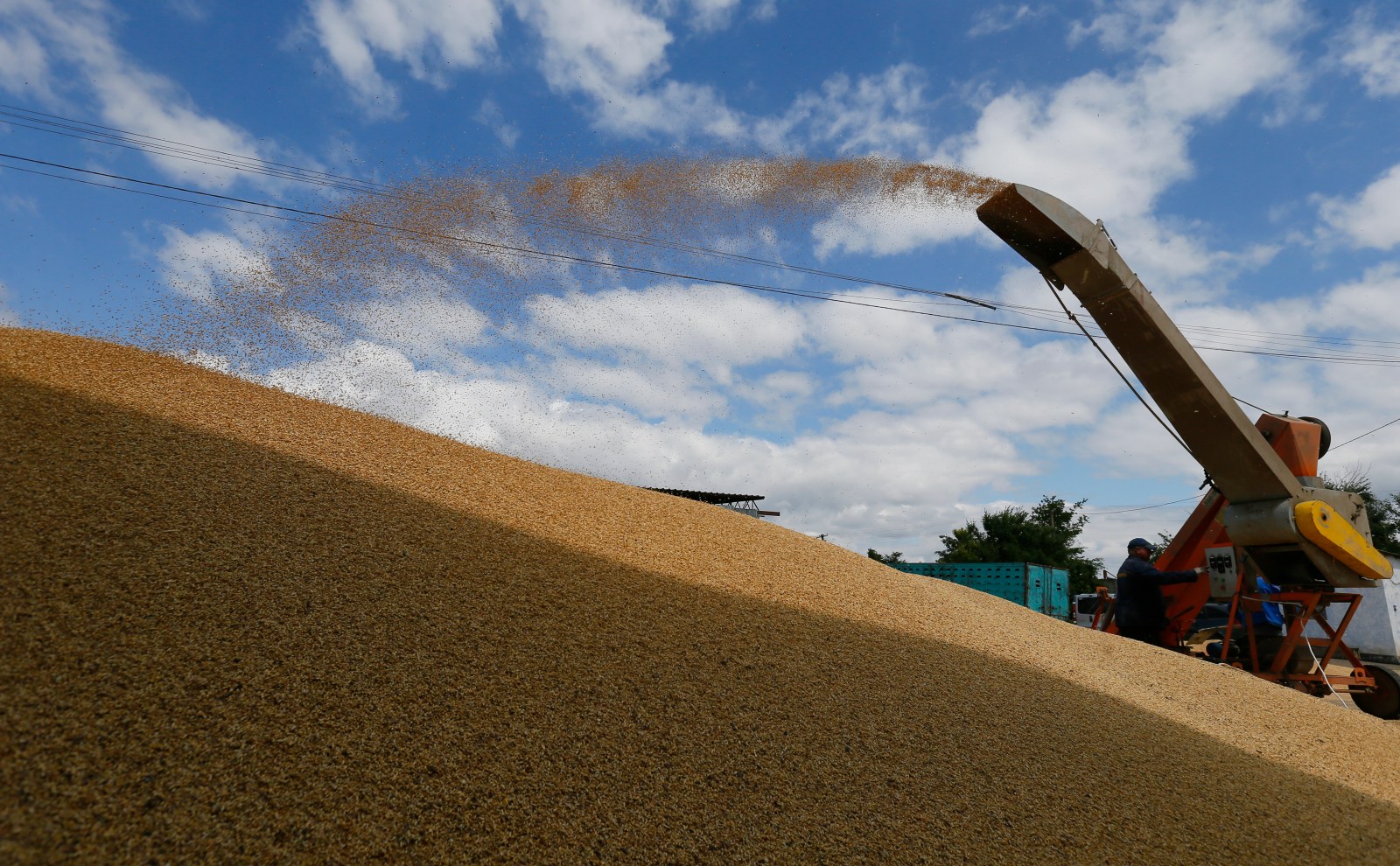 Ukrainian farmers load grain of barley and wheat at a magazine after harvest in Odesa area, Southern Ukraine, 23 June 2022. EPA-EFE/STR

Russia, Ukraine, Turkey and the United Nations are due to sign a deal next week aimed at resuming Ukraine’s grain exports, Turkish defence minister Hulusi Akar said after the talks, although U.N. chief Antonio Guterres was a little more cautious.

Ukraine is “definitely a step closer to a result”, the country’s infrastructure minister Oleksandr Kubrakov told Reuters on Thursday.

There has indeed been a substantive discussion on this issue in Istanbul, Maria Zakharova, Russian foreign ministry spokesperson, told reporters on Thursday.

“It was possible to formulate some elements of a possible agreement which Russia, Ukraine and Turkey are now discussing in their capitals through their military departments,” she said.

Ukraine’s Black Sea ports have been blockaded since Russia invaded on Feb. 24, sending global prices of grains and sunflower oil soaring. Chicago wheat prices Wv1 have since fallen back to pre-war levels due to the new crop in the Northern Hemisphere.

French wheat prices BL2Z2 also fell by 2% on Thursday, partly on the talks which would establish a shipping corridor to transport Ukrainian grain to global markets, and partly on improved crop forecasts.

A preliminary date for the next four-way meeting is July 20 or 21, the Russian RIA news agency reported on Thursday, citing a source familiar with the situation.

According to the Turkish defence ministry, the date of the next meeting is still not clear.

Any deal would require the removal of mines near Black Sea ports and political will despite Moscow and Kyiv being far from any kind of peace settlement.

“The information about a technical decision to create a coordination centre for the export of Ukrainian grain in Istanbul logically means that there is no political decision yet. And that is not surprising,” said Bohdan Yaremenko, a lawmaker for Ukrainian President Volodymyr Zelenskiy’s political party.

The grain talks are the prerogative of Russia’s military, Kremlin spokesman Dmitry Peskov said on Thursday: “If there is a need to announce results of the negotiations, the military will do so.”