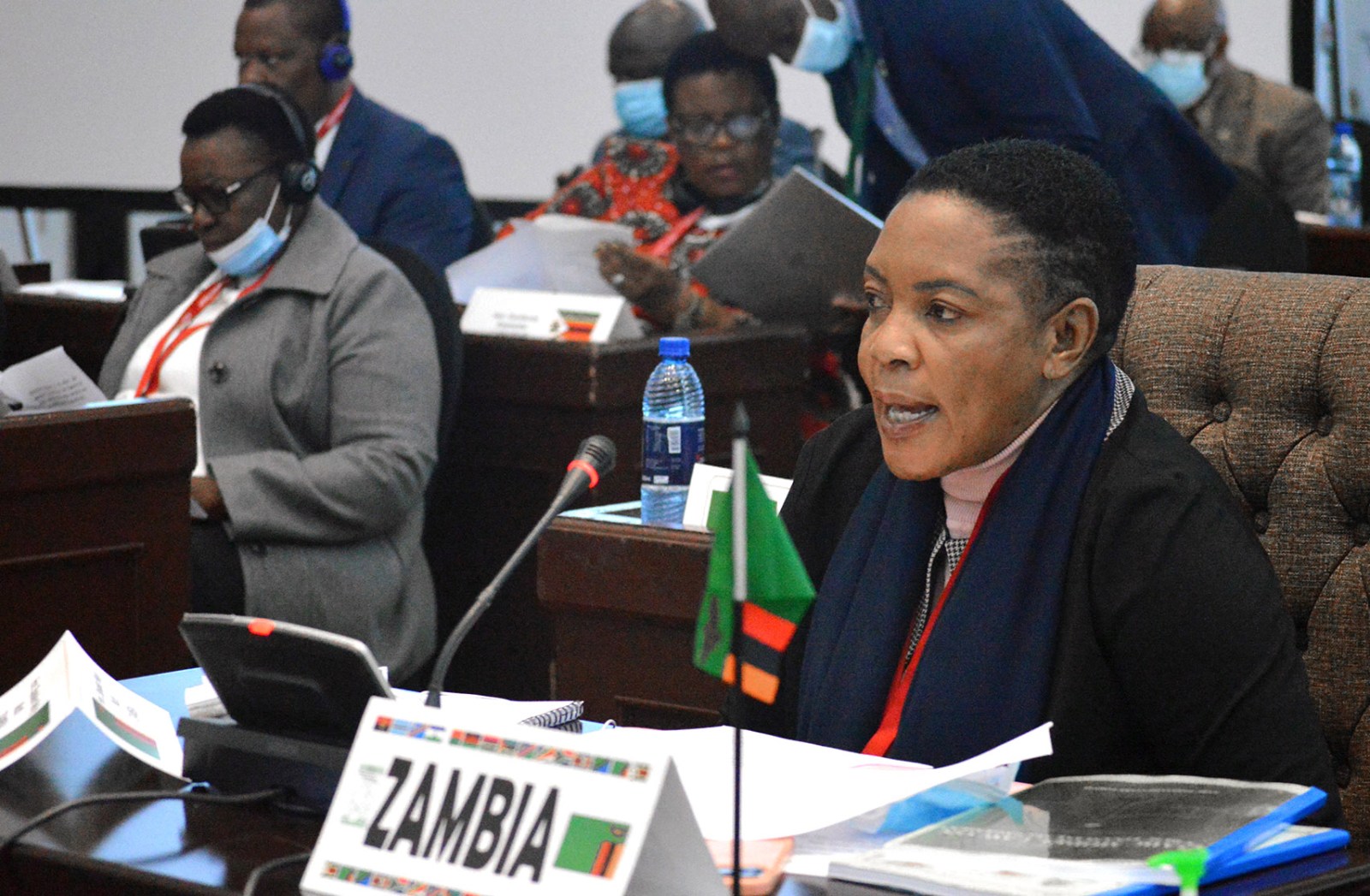 The SADC Model Law on Public Finance Management is the first of its kind globally and, if implemented by the 15 member states, is expected to create an improved investment climate in the SADC region in general. Once domesticated, the provisions of the model law would enable legislators to effectively perform their oversight role on public finances and push for the progressive realisation of the rights of their citizens.

The 51st Plenary Assembly session of the Southern African Development Community (SADC) Parliamentary Forum (PF) on 14 July 2022 adopted the much-anticipated Model Law on Public Financial Management (PFM), raising hopes in a region in which lack of accountability in the use of public funds has perennially jinxed socioeconomic development.

The Plenary Assembly is the highest decision-making body of SADC PF, the deliberative body that brings together 15 national parliaments of the SADC PF. It met under hybrid conditions — largely physically and partly virtually — in the Malawian capital city of Lilongwe and was taken through the provisions of the Model Law on PFM by veteran legal drafter Daniel Greenberg.

In an impassioned and factual submission, Nelly Butete Kashumba Mutti, the Speaker of the National Assembly of Zambia, enjoined the Plenary to adopt the model law. She said the PFM affects all aspects of any nation’s life as it is the fulcrum upon which the implementation of all government programmes hinges.

“It is a critical cog in the wheel of state operations as it encompasses the administration and supervision exercised over state finances in a continual activity in which the executive and parliament complement each other through checks and balances,” she said.

She argued that there were limitations in the scope of the mandates of parliaments in terms of oversight of public resources, in particular the lack of scrutiny over the financial operations of parastatals and other public bodies.

“Even where the legislature identifies wrongdoing and recommends corrective action to curb poor financial management, no action is taken on those recommendations by the relevant authorities,” she stated.

Mutti said another common shortcoming in PFM in a number of SADC states is the inadequate regulation and oversight of public debt, whereby the executive is empowered to contract public debt of any amount without the approval of the legislature.

“Closely related to the challenge of inadequate parliamentary control on public debt is the fact that in many SADC countries, there is no cap on the value of public contracts that can be entered into by the executive without parliamentary approval,” she said, adding that while it is legitimate for the executive to contract debt, the issue is how debt binds successive governments, often for 20 to 30 years ahead.

Mutti noted that in many instances, there is excessive use of supplementary budgets to finance expenditures which should ordinarily have been foreseen and budgeted for.

This means such expenditures escape the legislative and public scrutiny that they should be subjected to through the normal democratic process, she further said. The Speaker explained:

“All the provisions in this model law are intended to help our respective member states to strengthen their PFM systems through strengthening the parliamentary oversight of these systems and the provisions ought to be of great interest to every parliamentarian, whether present here and even those who may not be present.”

She said it is also notable that the SADC Model Law on PFM is the first of its kind globally.

She said a strong system would lead to an improved investment climate in the individual member states and in the SADC region in general.

On the contrary, a weak or non-functional PFM system opens doors for fraud and corruption and other forms of transnational or cross-border organised crime and ultimately discourages investment, she reasoned.

She said as representatives of SADC citizens, it was in the parliamentarians’ interest to champion the domestication and implementation of this model law in their respective jurisdictions in accordance with respective constitutional arrangements.

Once domesticated, the provisions of the model law would enable legislators to effectively perform their oversight role on public finances and push for the progressive realisation of the rights of their constituents.

In seconding the motion, Catherine Gotani-Hara, MP, Speaker of the Parliament of Malawi, said by virtue of their mandate, legislators have a sacrosanct duty to pursue the improvement of the quality of life of the citizens they represent. She said there were many ways to do this, but one of the most effective was to ensure prudential planning and use of public resources to attain various public aspirations.

She said as legislation and annual budgets were adopted by the legislative arm of government, in that context, parliamentarians were gatekeepers in the attainment of these aspirations.

She also reasoned that model laws were, therefore, a critical tool for the improvement of the livelihoods of the people and once this tool was in the hands of parliamentarians, they were mandated to use it in the pursuit of the interests of the people.

“We, therefore, cannot allow the process to end at development of the model laws,” Gotani-Hara noted.

She said in light of the foregoing, it was laudable that the SADC Parliamentary Forum was effectively using its mandate as a regional parliamentary body to formulate normative standards in the form of model laws, which SADC member states could adopt or adapt, in keeping with their domestic context.

The Speaker said the management of public finances across SADC member states continued to face various challenges such as corruption, misappropriation, overspending and other forms of illicit financial flows.

“The challenge of revenue leakages had been exacerbated by other vices such as tax evasion, tax avoidance, rent-seeking behaviour and transfer pricing. All these negatively affect the ability of SADC states to deliver quality public services, reduce poverty and make a better life for their people,” she told the Assembly.

In addition, she said the legal framework governing public finances continued to be flouted with impunity. Against the backdrop of shrinking economies and general financial resource constraints in the region, the region now faced the compounding impact of the economic effects of the Covid-19 pandemic. DM/MC