Gqeberha residents living in ‘war zone’ plead for b... 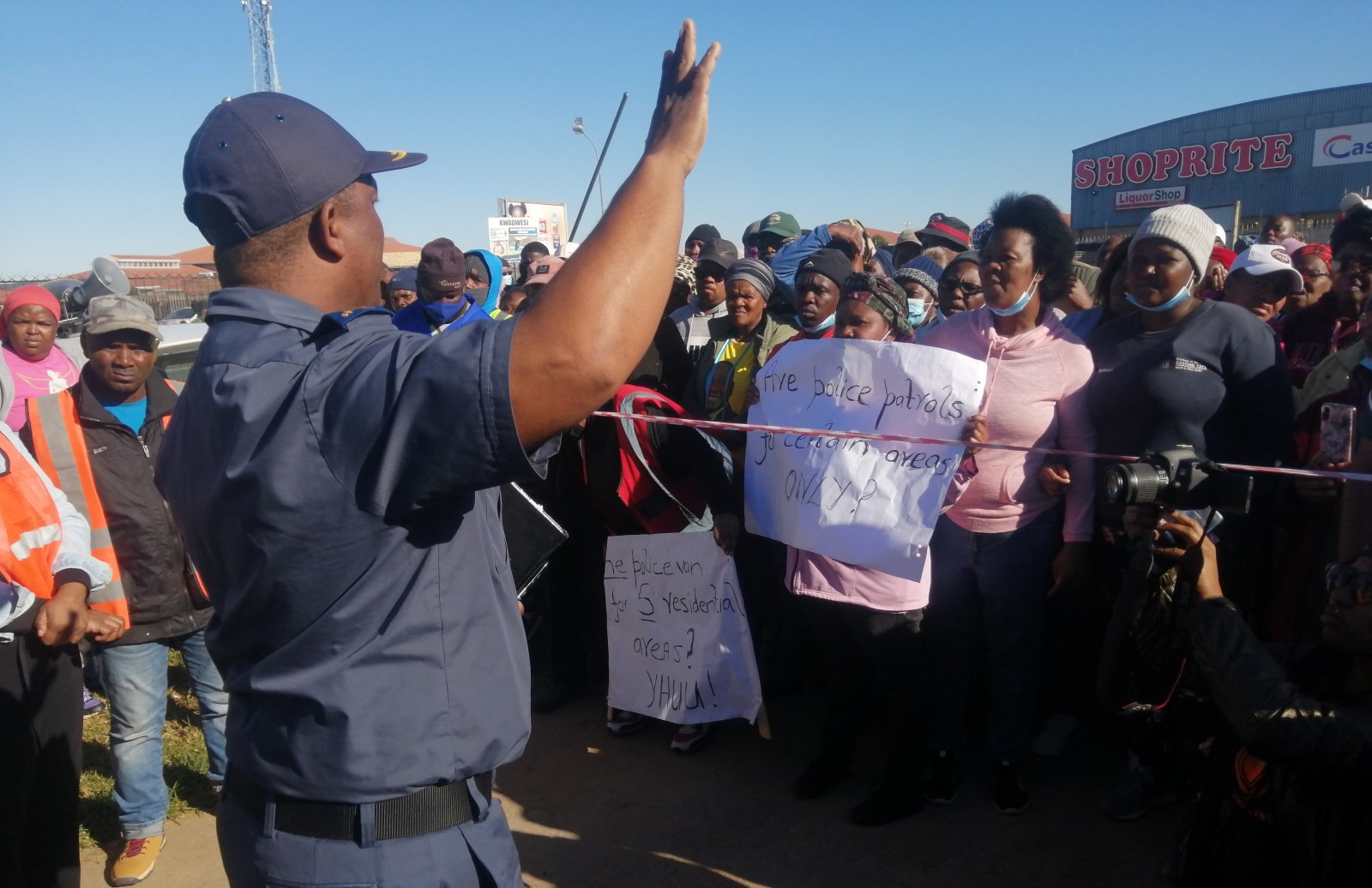 Nelson Mandela Bay district police commissioner agrees with protesting residents that there is no police visibility.

About 200 residents from wards 30, 33, 36 and 41 in Gqeberha marched to KwaDwesi police station on Wednesday to demand better policing.

This comes after a shooting on Tuesday, when two of four security guards escorting a bread delivery truck into Joe Slovo were killed and two badly injured.

Police spokesperson Priscilla Naidu said five suspects managed to get away before taking three guns from the guards. She urged anyone with information to contact Detective Lieutenant Colonel Willie Mayi on 0826975914.

“We don’t feel safe anymore … There is no police visibility in the eight areas under this station,” said resident Asanda Mnyanda. “Housebreaking, robbery and shootings happen daily. In KwaDwesi our plumbing pipes are stolen.” She said there were many drug dealers too.

Mynanda and 45 other residents have resorted to conducting their own patrols. “Over weekends there are only five officers on duty and the telephone line is not functioning. If we need assistance we must call the station commander directly on his cellphone.”

She said poor policing was to blame for “communities taking the law into their own hands”.

Resident Lungi Mnyaba said, “Two months ago I decided to join street patrollers because I don’t want our youth to become criminals in vigilante activities. We also want more police members and vehicles.”

He said the telephone at the police station had not been operational for “years”.

Khunjulwa Zote, from Kanana informal settlement, who lives with her five children, said, “Our doors are kicked in at night by criminals in order to rob us. When we leave in the morning to work we also get robbed. There are always shootings here. It’s like we live in a war zone. Hijacked vehicles and trucks are dumped in our area and when we call 10111, police never come.”

A police officer, who asked not to be named, told GroundUp that the staff shortage at the station was due to many officers recently retiring and resigning. “We close the [station] gate at night because we are only five per shift. There is one patrol van for these big areas which are expanding every day. Two members go for patrols in one vehicle while one officer does the data capturing; another assists with dockets; and the fifth, serves as shift commander,” he said.

“The crime rate is very high here because we have no manpower and resources to fight it,” he said.

“We appreciate what you have done. You have a right to complain when the service is poor. But we need an urgent meeting to address the issues you have raised urgently.

“I fully agree that there is no police visibility here. There are not even metro police and traffic cops as compared to Cape Town where I was a station commander.