Euro clings to parity with dollar as markets await US i... 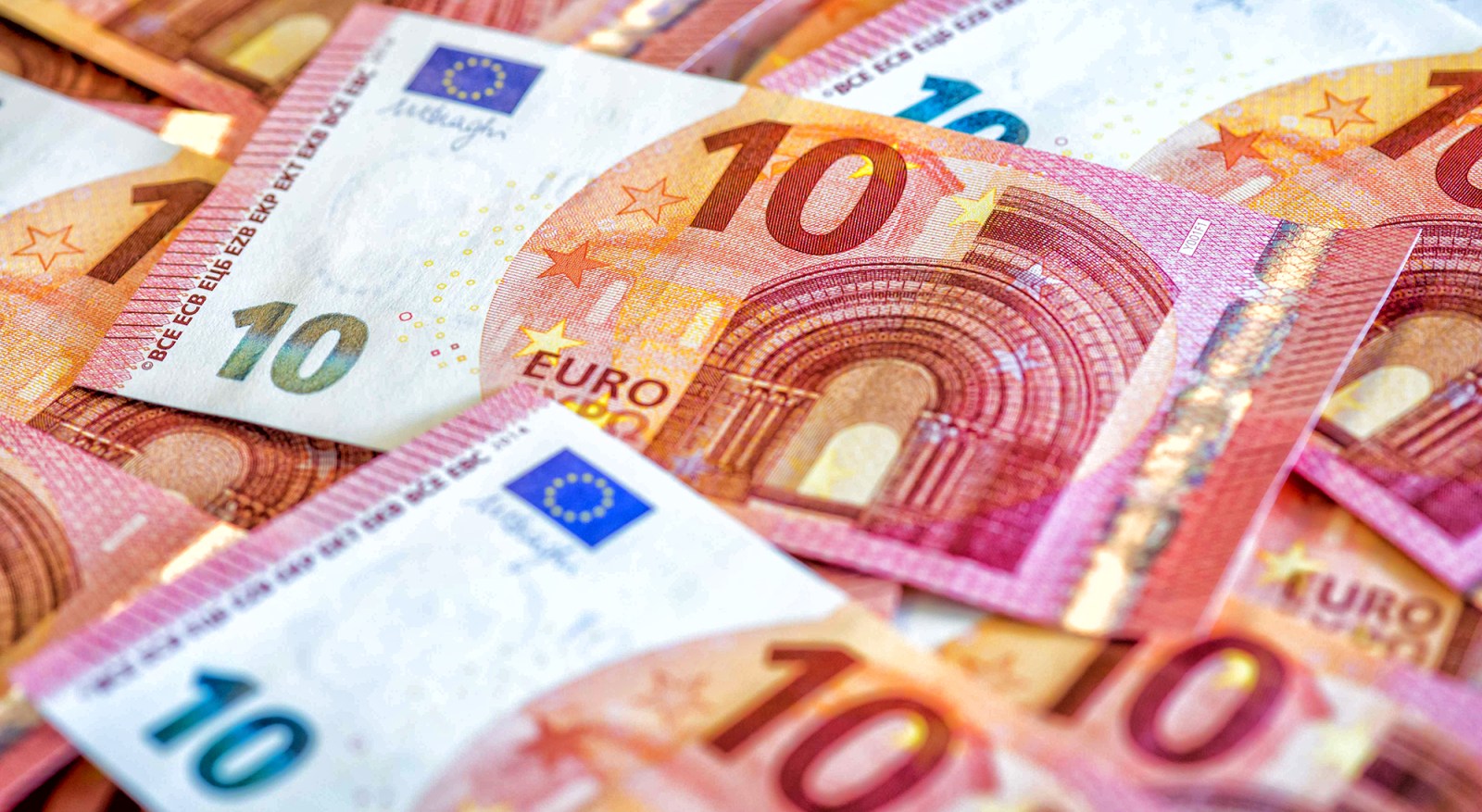 The redesigned ten euro notes are displayed in the building of the DNB, the central bank of the Netherlands, in Amsterdam on 22 September 2014. (Photo: EPA/LEX VAN LIESHOUT)

The euro still above $1 but US CPI is a stern test, while the pound sterling is adrift as markets wait for the Tories to choose a leader in the UK.

The euro hovered a whisker above parity on the dollar on Wednesday ahead of US inflation data, with traders wary a sky-high reading could force it to lows not seen in decades.

The greenback was firm in Asia trade, with 50 basis point rate hikes in New Zealand and South Korea that came in as expected failing to offer much support to the kiwi or won. Read full story

The euro languished at $1.0036. It is down nearly 12% this year and fell to a 20-year low on Tuesday as the war in Ukraine has triggered an energy crisis that has hurt the continent’s growth outlook.

It dropped as low as $1.00005 on the most widely used Electronic Broking Services’ dealing platform and touched $1 on Reuters dealing overnight.

Analysts say it could fall further if fast-rising US consumer prices keep investors betting on US rate rises.

Economists forecast headline US inflation accelerated to 8.8% year-on-year in June, a 40-year high, which is likely to reinforce expectations of interest rate hikes and help the dollar.

“I think the US dollar will keep increasing if the US CPI is stronger than expected,” said Commonwealth Bank of Australia strategist Joe Capurso in Sydney. “There’s definitely a very good chance that the euro falls below parity tonight.”

The euro fell below parity with the Swiss franc last month and is flirting with a drop beneath its 200-day moving average against the pound.

Weakness in the euro and yen has lifted the dollar index, which scaled a two-decade peak of 108.560 this week and was hovering at 108.13 in Asia trade on Wednesday.

The Japanese yen has taken a beating this year as the Bank of Japan sticks with its ultra-easy monetary policy in contrast with tightening nearly everywhere else.

Sterling has also slipped on the stronger dollar and analysts see it adrift in the wake of the resignation of British Prime Minister Boris Johnson last week.

It last bought $1.19025, with gross domestic product data due at 0600 GMT the next hurdle. Traders expect May to bring zero growth.

“The combination of slow growth, debt and high inflation is likely to prove very tricky for the new Tory leadership,” said Rabobank senior strategist Jane Foley. “Sterling may suffer a lack of fresh direction until the new PM is in place.”

In New Zealand and South Korea, the rate hikes came in largely as expected. The South Korean won was marginally firmer, while the New Zealand dollar dipped a fraction to $0.6127 – barely above Monday’s two-year low of $0.6098.

“There was no real change in tone,” said Jason Wong, strategist at BNZ in Wellington, of the Reserve Bank of New Zealand decision, adding that left US CPI likely to drive the kiwi’s next move. “We’re at the whim of the US dollar.” BM