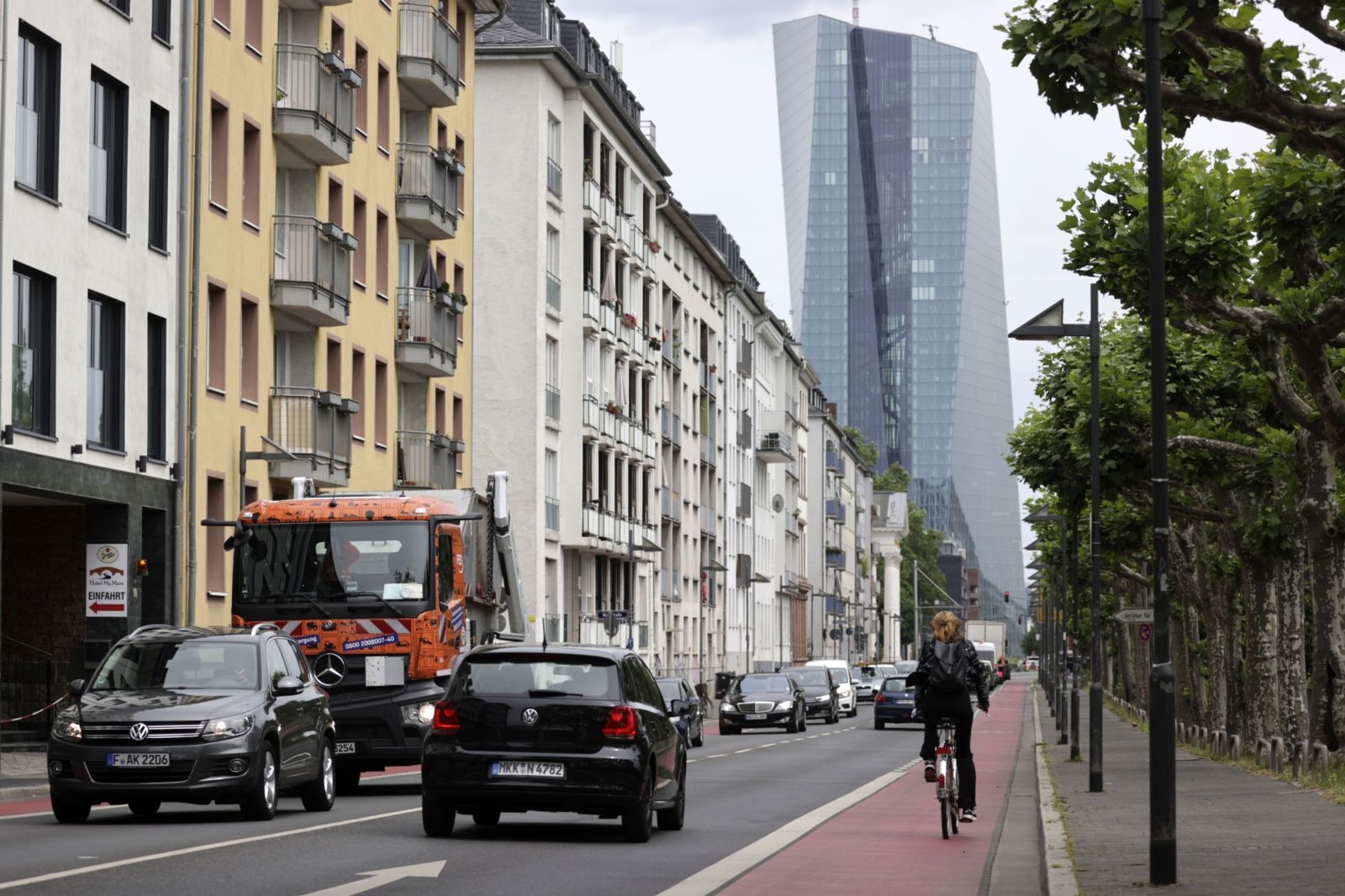 The European Central Bank (ECB) headquarters in Frankfurt, Germany, on Monday, 23 May 2022. While ECB policy makers have increasingly coalesced around the prospect of a first hike at their 21 July meeting in recent weeks, they have barely mentioned the possibility of a more aggressive half-point move such as the US Federal Reserve delivered this month.

The property market, which was at the centre of the global debt crisis in 2008, is once again looking like a driver of pain in bond markets.

Rising interest rates and the end of easy money are causing pain for vast swathes of the economy, but for the European property sector the drying up of central bank largesse threatens an entire way of doing business.

An index of property bonds has lost more than 17% since the start of the year, the worst performing sector in the region’s high-rated debt market. The losses stand out even amid a wide selloff in corporate bonds, with an 11% drop in the broader index.

The historic pummelling sent European debt issuance off a cliff in recent months after an eight-year borrowing binge in which real estate companies sold €316-billion (R5 427-billion) of bonds. Investors are concerned that the companies have grown too dependent on cheap funding from the European Central Bank and that the end of quantitative easing could put a lid on a borrowing model that transformed the industry.

“It’s a sector that’s been growing far too much, far too quickly,” said Thomas Samson, a portfolio manager at Muzinich & Co. “The problem is the cost of funding is the number one driver of profitability. If that goes up, then the music stops.”

Average yields on euro property bonds surged to 4.58% last week from 0.4% last August, according to Bloomberg index data. That compares with about 2% in 2014, when the ECB launched its unprecedented asset purchase programme.

The ECB’s efforts to help the economy recover from the euro area debt crisis drove down borrowing costs and gave these companies unfettered access to bond markets for the first time. Their borrowing binge since then compares with just €59-billion of issuance in the previous eight years, according to data compiled by Bloomberg.

Property investment trusts, which raise money to buy properties or improve existing buildings, had previously relied on bank loans in exchange for posting collateral. The ECB’s stimulus gave them access to cheaper and larger sources of unsecured debt, allowing them to expand rapidly.

This model is now in danger and investors are worried that the mountain of debt will become harder to refinance – as rates rise – or to repay as rental income declines in a recession.

To be sure, the companies have other sources of financing and credit lines with banks currently cost less than bond rates. But, they’d have to pledge assets, take on several loans instead of a single bond and might not be able to raise as much money.

“The REIT business model has been about the increased level of unsecured financing to get better returns at the company level,” said Tom Ross, a portfolio manager at Janus Henderson. “Do they have access to tighter yields via secured financing? Yes, but that doesn’t really fit their model.”

After an initial flurry of issuance at the start of the year, property companies sold just €2.7-billion of debt in the second quarter. That’s down almost 90% from the same period the year before, making it the worst quarter of issuance since early 2014, based on data compiled by Bloomberg.

Hybrid debt from property developers is getting hit especially hard because it’s the first category to take losses. More than 40% of bonds sold by property companies officially rated high grade are now trading at junk levels.

The property market, which was at the centre of the global debt crisis in 2008, is once again looking like a driver of pain in bond markets.

“The big difference with 2008 is that the banks are still liquid and the secured lending market is still there,” said Thomas Neuhold, a real estate analyst with Kepler Cheuvreux. “But there’s no doubt that the interest rate shock has created some angst and fear.” BM