After the Bell: Call my agent. No, wait. Call my stockb...

Call my agent. No, wait. Call my stockbroker 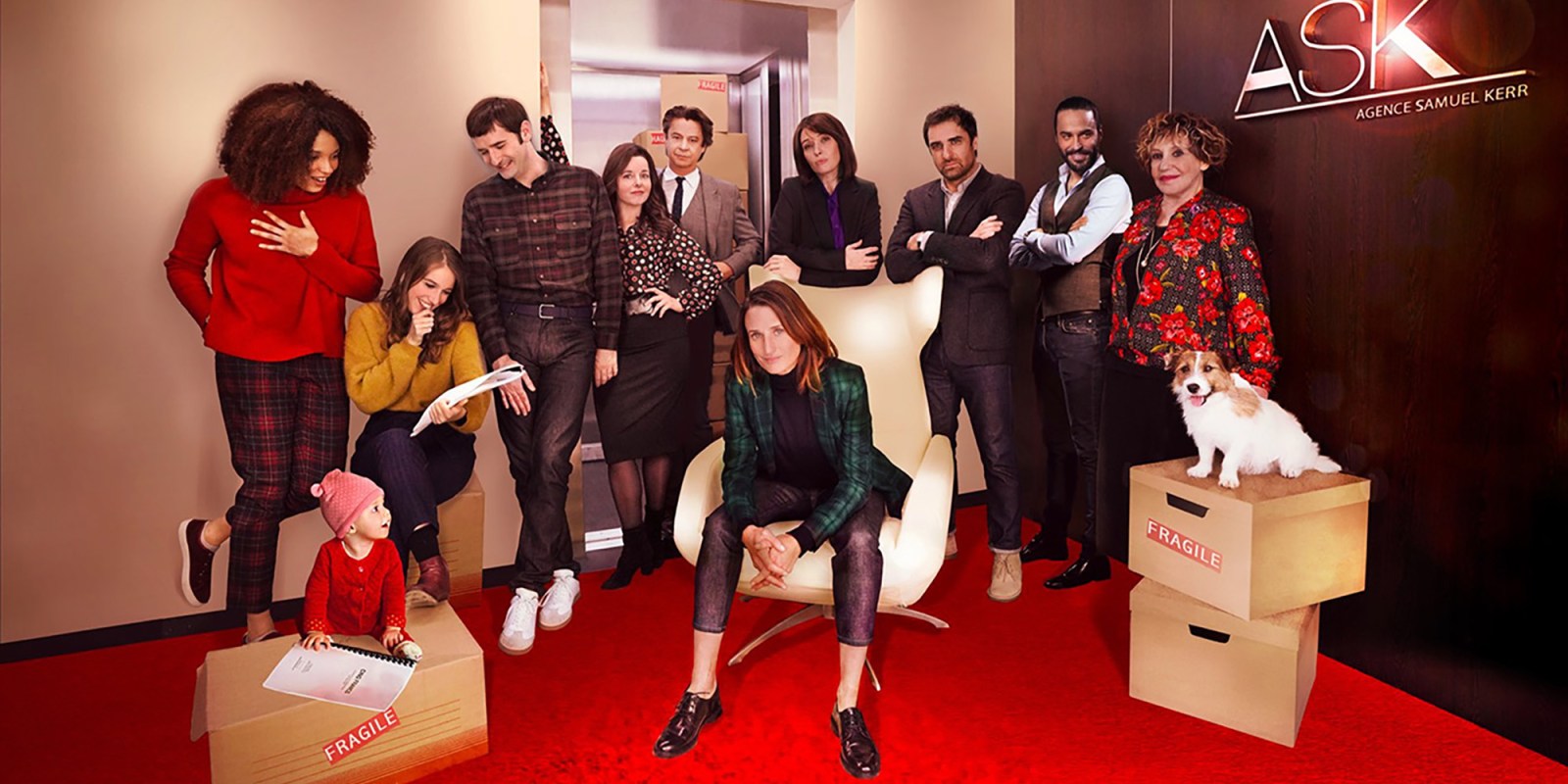 The cast of Dix Pour Cent or Call My Agent! as it’s known in English. (Image: Supplied)

French private sector giant Vivendi is making news in SA because it has just built up, in practically no time, a huge stake in MultiChoice, SA’s dominant pay TV company. This has got local investors wondering what the end game of this investment might be.

The best French television show of the 2020s without a doubt (so far), in my humble opinion, is Dix Pour Cent or Call My Agent! as it’s known in English. The show is just a riot.

It’s about a French talent agency, ASK, and its resident complicated, confining, manoeuvring, loving agents, and their relationships with their oddball clients. The twist is that often the clients, who are almost always demanding beyond anything remotely reasonable, are often played by French celebrities, who play themselves.

The opportunities for irony just fall over themselves. The show has all kinds of French in-jokes, and it’s become so popular that many of the French actors and actresses willingly lampoon themselves. In one scene, Jean Dujardin is so enamoured of becoming a full-on “character actor” like Daniel Day-Lewis that when he plays a wild man in a film he actually goes wild on his luxurious estate.

He builds a shack out of branches in the garden and refuses to come indoors for fear of losing his character’s authenticity. Eventually, his agent is called, and he has the unenviable job of talking this idiot actor down, which he does, but not before Dujardin had gnawed the head off a live rabbit. And as one critic says, the characters always seem to be a few glasses of Champagne from sleeping with the agent in the office next door.

The show has won plenty of prizes, and the premise is so good that there are now mirror shows in Turkey, India and the UK. One interesting thing about the show is that it was created not by a private sector company but by France Télévisions, the national public broadcaster. You’d be forgiven for assuming the company which might be the natural creator of a show like this would be the French private sector giant Vivendi, or at least Vivendi’s movie division, Canal+.

Vivendi is making news in SA because it has just built up, in practically no time, a huge stake in MultiChoice, SA’s dominant pay TV company. This has got local investors wondering what the end game of this investment might be, because it’s getting close to the point where Vivendi will have to make a general offer — or not. Canal+’s stake was around 6% in 2020, then it increased to 15% in September last year. Then it reached 18.4% in mid-June. Just three weeks later it’s now 20.1%. You have a sense that the MultiChoice execs have all quickly signed up for French lessons, just in case.

Well, here is the bad news: Vivendi is a complete mess. The company has built up stakes in a whole bunch of media and associated companies around the world in what seems to me to be a crazy, haphazard way. It now has more than 40 significant subsidiaries, including book publisher Editis, communications company Havas Group, video games company Gameloft, and video hosting service Dailymotion. Havas alone operates in more than 100 countries and is one of the world’s largest advertising and comms groups. It recently bought Prisma, France’s largest magazine company. And, of course, it has a Congolese internet service provider, Yattoo. Natch.

The game of building up stakes is familiar to anyone keeping an eye on the company. In January 2021, Vivendi bought a 9.9% stake in the Spanish media conglomerate Prisa, and it already has, or had, a chunk of Telecom Italia.

So how is all panning out financially? You have to say, not very well, because behind the scenes there is a war going on between pay TV and streaming services, and streaming services are winning. Even with interests in almost everything that moves in media in the largest markets in the world, Vivendi’s valuation is about $10-billion, which is about the same size as the giant advertising agencies WPP and Publicis. But that is not the problem. Even after Netflix’s nuclear-level collapse since the beginning of the year, the streaming company is still worth eight times as much as the French “giant”.

You can just imagine some blood-drenched, vampirish Anglo-Saxon corporate banker licking his lips at the idea of tearing this company to pieces. But of course, that’s not possible because it is, well, you know, French. It is also 30% owned by its chairman, Yannick Bolloré, an icon of modern French business.

So what are Vivendi’s intentions regarding MultiChoice? The company itself is, of course, not saying. It could be as simple as another finger in another pie on one of its many global corporate adventures. Of course, there are big African overlaps between the two, since Canal+ Afrique is big in French-speaking Africa and has about five million subscribers, compared to MultiChoice’s ex-SA subscriber base of about 12 million.

I have a sneaking suspicion that what Vivendi is really after is Showmax, the streaming service that is part of MultiChoice. It’s plainly obvious that movie streaming is the future, and if it weren’t, just look at recent decisions by Amazon and Disney to get into the streaming game to make it abundantly clear. In MultiChoice’s last results, the company was holding its own, but the real star was Showmax. In its results to 31 March 2022, MultiChoice increased revenue a bit to R55-billion even though profit slid badly, mainly because of foreign-exchange losses — a story in itself. Subscribers held steady, but viewers on Showmax just exploded, increasing subs by 68% over the last year. The numbers are not huge, less than a million, but clearly, this is the division with a future.

But as everyone in the media industry knows, it’s actually all about content. Netflix is struggling because without its absolutely huge content budget underpinned by the stratospheric share price, it’s in trouble. That means there is a double-whammy effect when the share price declines, as it has done.

But because this is Hollywood, or at least the French version, there is a happy ending out there — at least for someone. Fanny Herrero, the writer of Dix Pour Cent, now has a deal with Netflix. DM