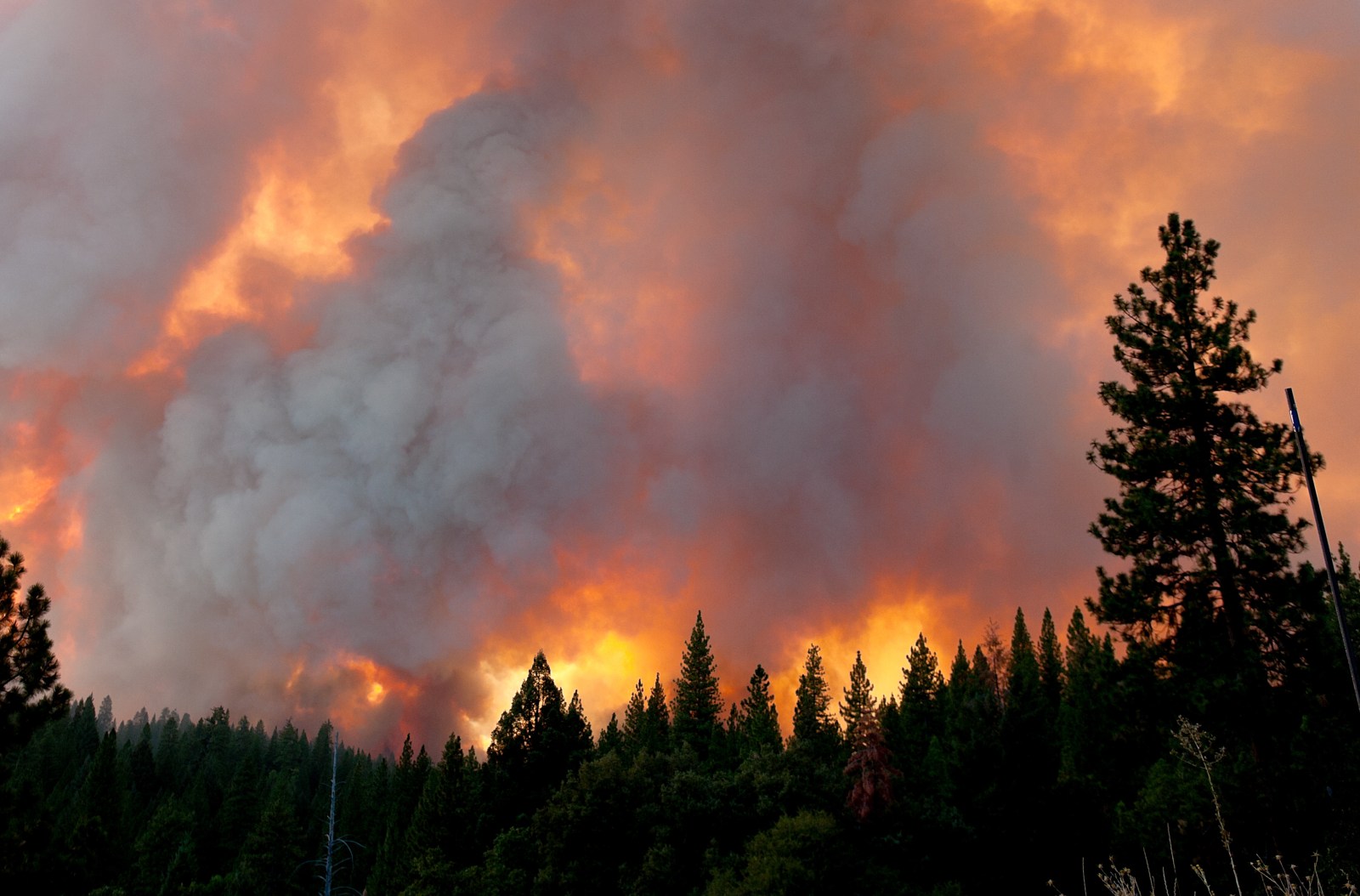 July 10 (Reuters) - A wildfire threatening some of the world's oldest giant sequoia trees in California's Yosemite National Park expanded five-fold over the weekend as smoke prompted air quality alerts throughout the park and obscured views of its famed scenery.

As of Sunday, the blaze had scorched nearly 1,600 acres (648 hectares) of timber and brush at the southern end of the park, up from 250 acres on Friday, a day after fire was first reported by visitors on the Washburn Trail of the Mariposa Grove of Giant Sequoias.

National Park Service personnel immediately closed the Mariposa Grove, home to more than 500 mature giant sequoias, and on Friday evacuated the adjacent community of Wawona and the Wawona Hotel and campground.

Coming at the height of the summer tourist season, the evacuations displaced an estimated 1,600 people in all, according to Park Service spokesperson Nancy Phillipe. The Park Service also has shut down the southern entrance to the park, which Phillipe said draws about 4 million visitors a year.

The park’s best-known attractions, including Yosemite Valley, remain accessible to visitors from its western entrance. But smoke and soot have dimmed views of landmarks such as the towering granite formations of El Capitan and Half Dome, as well as Bridalveil Fall and surrounding cliffs.

Federal wildfire officials on Sunday warned that air quality for particulate matter had reached unhealthy levels across much of the park.

While flames stoked by extremely dry, hot conditions worsening on Sunday have burned largely unchecked, none of Yosemite’s landmark sequoias, some of them over 3,000 years old and given names, has yet been lost, Phillipe said.

Firefighters were taking special measures to protect the grove, clearing away undergrowth that could add to the fuel bed and deploying ground-based sprinkler systems to increase humidity levels around them.

“We’re feeling confident of the plan we have in place today,” Phillipe told Reuters by phone.

The cause of the blaze remained under investigation, and no injuries have been reported, officials said.

But in one brush with disaster on Sunday, the crew of an “air attack plane,” which operates as a control tower in the sky directing planes and helicopters fighting the blaze, reported being nearly struck by flying tree debris carried aloft in swirling winds of the fire’s smoke column, fire command spokesperson Stanley Bercovitz told Reuters.

Giant sequoias, the world’s largest trees by mass and insulated by thick, spongy bark, have coexisted for millennia with lightning-sparked fires considered part of the natural balance of healthy redwood forests. Fire is even vital to reproduction of the trees, whose cones require high heat to crack open and release seeds.

Thousands of the trees have perished in six major wildfires that have raged through California’s Sierra Nevada range over the past six years, burning 85% of all giant sequoia groves between 2015 and 2021, compared to only one quarter in the preceding century, according to Park Service.