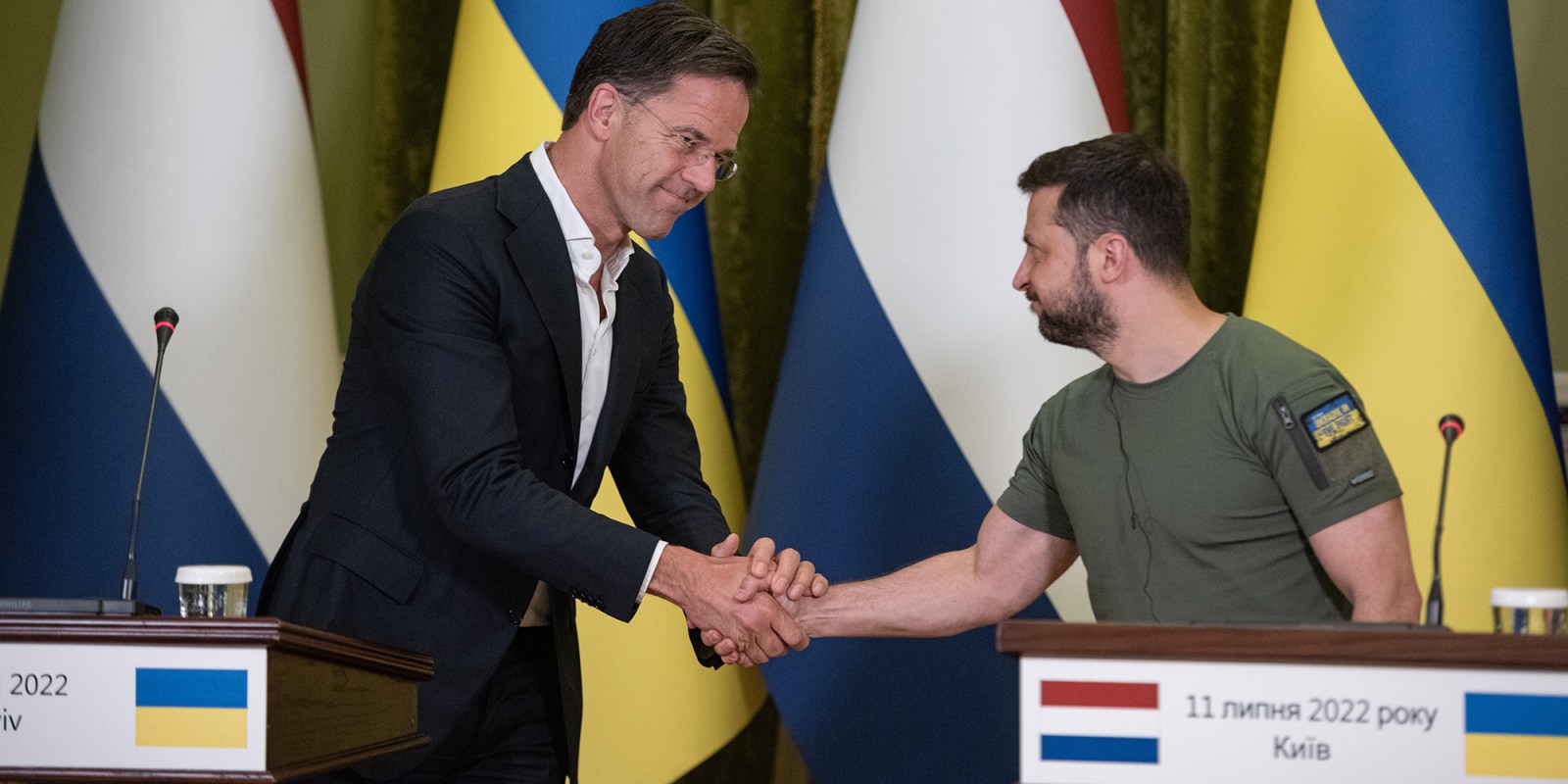 Russian natural gas shipments to Europe via the Nord Stream pipeline to Germany stopped on Monday for planned annual maintenance, and Western allies fear President Vladimir Putin will use the opportunity to cut off flows for good. Even so, gas prices fell on Monday after Canada said it would return a stranded turbine for a key Russian pipeline to Germany.

The death toll continues to mount in Ukraine after Russian rockets hit an apartment building in Donetsk, killing at least 18 civilians, as the Kremlin’s forces were grinding their way through the region. President Volodymyr Zelensky will soon announce a Cabinet shuffle and consolidation of ministries to try to weed out waste and corruption.

Ukrainian rescue workers recovered 18 bodies from the debris of the apartment block in Chasiv Yar, according to the State Emergencies Service. Russian rockets hit the five-storey building near Kramatorsk in Ukraine’s eastern Donetsk region on Sunday. Ukraine sees signs of Russia preparing to renew military activity near Kramatorsk and Bakhmut as its forces continue to shell Ukrainian positions along the front line. Russian jets fired four missiles at the Odesa region airspace of occupied Crimea, the deputy head of the President’s Office, Kyrylo Tymoshenko, said on Telegram.

“We paid the second and the last — for this year — coupon payment on Eurobonds,” he said. “This is $36-million.”

EU aims for next sanctions package in coming weeks

The European Union plans to propose a new package of sanctions against Russia over its war in Ukraine in the coming weeks, according to people familiar with the matter.

Bloomberg reported earlier this month that the proposal could include restrictions on gold imports, measures to fix previous sanctions and further listings of individuals and entities.

Discussions on mechanisms to cap the price of oil are ongoing and unlikely to come in the near future, the sources said. Some member states have been pushing to expand the bloc’s sanctions to hit gas, but there is little appetite among the vast majority of nations to go there.

Rinat Akhmetov exited his media businesses, including several influential TV channels, as he seeks to comply with legislation pushed by Zelensky before Russia’s invasion that treats businessmen as “oligarchs” if they meet criteria such as having influence on media.

To avoid being treated as an oligarch, Akhmetov ended up transferring his media licences to the state because of difficulties with market transactions due to the short period given under the law to reduce media holdings, as well as the effects of the war, his company said in an emailed statement.

US backs Canada on sending gas turbine to Germany

The support, expressed by State Department spokesman Ned Price, gives a diplomatic boost to Prime Minister Justin Trudeau. His government has come under withering criticism from Ukraine and its large diaspora in Canada for agreeing to ship back gear that had been stranded in Montreal since fresh sanctions were imposed last month.

Putin and Turkish leader Recep Tayyip Erdoğan spoke by phone ahead of a summit, which may take place “soon,” the Kremlin said in an emailed statement. They discussed measures to increase trade volumes and payments in national currencies, as well as the continued uninterrupted supply of Russian energy.

The leaders exchanged “opinions on the situation around Ukraine, including in the context of coordinating efforts to ensure the safety of shipping in the Black Sea and grain exports to global markets”, according to the Russian statement.

Ukraine said it can use an additional route tapping ports on the Danube River to move exports after Russian forces withdrew from Snake Island in the Black Sea, a strategic position that had helped Moscow block the country’s shipments.

Putin is offering all Ukrainians a simplified process for obtaining Russian citizenship, Tass news service reports, citing the text of a decree published on Monday.

Prior to the order, residents in the Donetsk and Luhansk separatist republics and in the Kherson and Zaporizhzhia regions of Ukraine were able to use the fast-track procedure. Large parts of those areas are occupied by Russian forces.

Russia’s current account surplus hit a record of $70.1-billion in the second quarter of the year, as surging revenues from energy and commodity exports helped offset the impact of US and European sanctions.

Grain crops are being destroyed in the southern Mykolayiv and Odesa regions of Ukraine as Russian shells hitting the fields ignite fires, Natalia Humeniuk, a spokeswoman for the military’s southern command, said during a video briefing.

“Their main aim is to destroy everything which they can’t capture and appropriate immediately,” she said, adding that grain depots and elevators are also being targeted. She didn’t elaborate on the size of fields being destroyed as a result of attacks.

Romanian prosecutors said they’re starting an investigation into alleged crimes against humanity committed by Russia during the war in Ukraine.

The probability of an economic contraction has increased to 45% from 30% in the previous survey of economists polled by Bloomberg and 20% before Russia invaded Ukraine. Germany, one of the most vulnerable members of the currency bloc to cutbacks in Russian energy flows, is more likely than not to see economic output shrink.

The rising cost of living is taking an increasing toll on businesses and consumers who’re emerging from two years of the Covid-19 pandemic. Lower shipments of gas from Russia, meanwhile, pose a threat to winter energy deliveries.