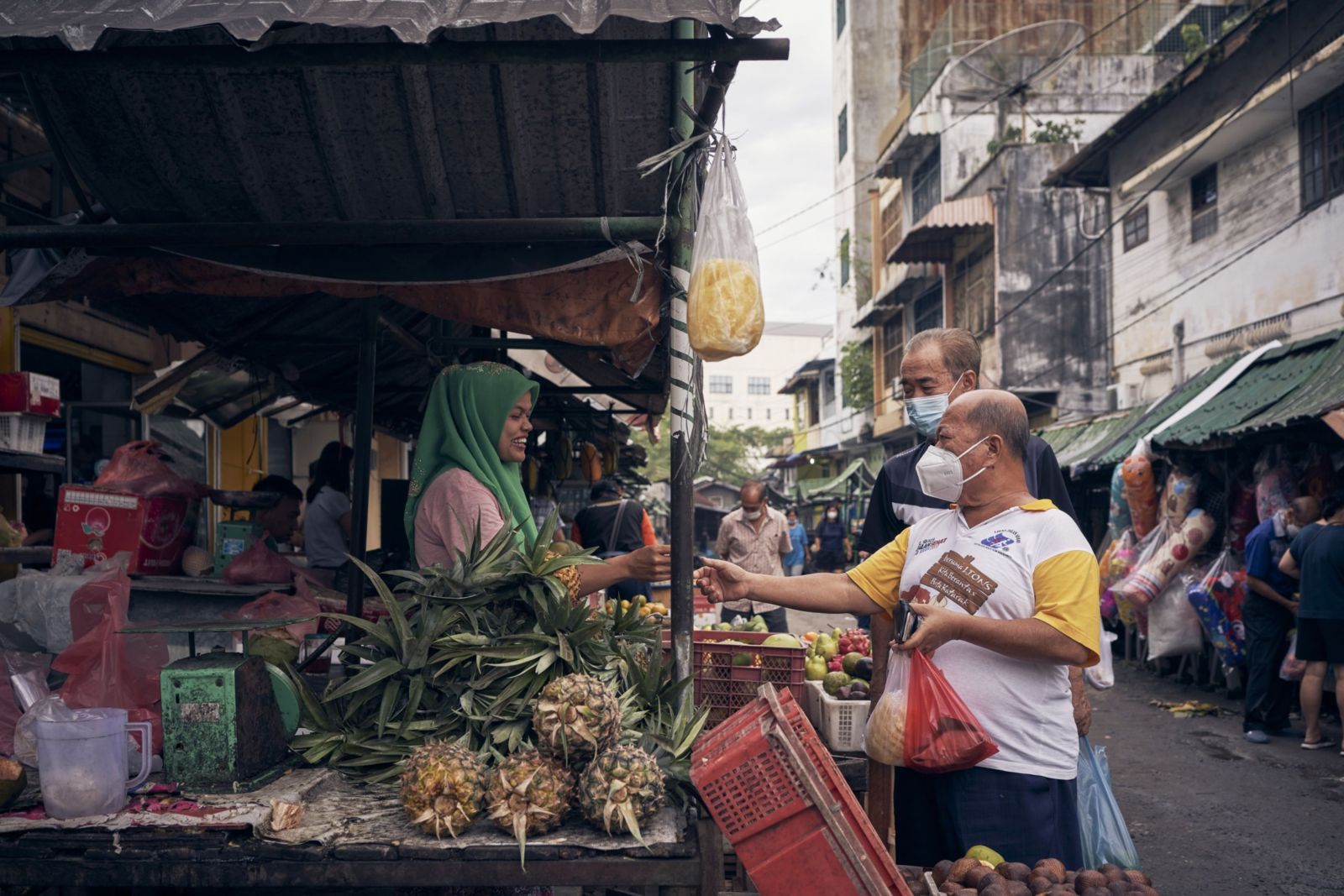 Customers at the Pasar Hindu in Medan, Indonesia, on Thursday, 26 May 2022.

Central Asia and Asia Pacific are the only two regions in emerging markets handing local-currency bond investors positive returns this month, according to a Bloomberg index. The worst performers are Latin America and Eastern Europe.

As panic over inflation gives way to fears about a global recession, emerging-market investors are making a pivot too – they’re now favouring countries where interest rates are still low.

Investors have snapped up local bonds from Indonesia and Thailand, where benchmark rates had hovered around the record lows to which they were cut during the depths of the pandemic. The same happened with debt from India, where the central bank has delivered just one hike.

That’s a reversal from the first months of the year, when low-yielding bonds were dumped in favour of debt from nations like Brazil and Chile, which led to the world’s tightening cycle. But with fears of recession superseding concerns about prices over the past weeks, even as inflation continues to spur pain from Sri Lanka to Argentina, having high interest rates is no longer seen as the benefit it once was. It could even be viewed as a drawback when low inflation and growth are at a premium.

“These countries will be in a better position to fight a global slowdown, but they are in this position because the rise of inflation in these Asian countries has lagged other countries in the first place,” said Sebastien Barbe, head of emerging market research at Credit Agricole CIB. “Countries with already high inflation a few months ago had less choice to keep rates low.

Of course, while some countries will do well from investors’ emphasis on growth, others will look even weaker. There’s $237 billion of emerging-market sovereign debt trading at distressed levels, according to data compiled by Bloomberg. And a high profile default by Sri Lanka – which is in the midst of negotiations with the International Monetary Fund and is set for a new prime minister and president – has spurred concerns that more non-payments could follow.

Still, Central Asia and Asia Pacific are the only two regions in emerging markets handing local-currency bond investors positive returns this month, according to a Bloomberg index. The worst performers are Latin America and Eastern Europe.

Out of the eight Asian countries in a Bloomberg index of local emerging-market debt, two haven’t started to raise rates yet, while the remaining delivered no more than 90 basis points in hikes since their tightening cycles started. The sole outlier is South Korea, which has raised rates by 135 basis points.

Meanwhile, all Latin American countries in the gauge have raised borrowing costs, with Chile and Brazil hiking 850 and 1,125 basis points, respectively, in the current cycle. In Eastern Europe, Poland has tightened by 640 basis points. There have also been calls for bolder central bank action to shore up currencies to protect against inflation.

“With evidence of still high inflation in the US and it becoming clear that the Fed would need to tighten aggressively, then the earlier tightening by EM central banks counted for less,” said Razia Khan, head of research at Standard Chartered Bank in London. “Growth concerns are also playing out more broadly.”

India is expected to grow 8.7% this year, according to a Bloomberg survey, and the central bank delivered its first hike of the cycle just three months ago. Economists see Indonesia’s gross domestic product at 5.2% in 2022. Policy makers there have reiterated their commitment to holding interest rates at a record low of 3.5%.

It’s a sharp contrast with Chile and South Africa, where economic growth may reach 2.1% this year. In Brazil, the economy is set to expand just 1.3%, according to the same survey.

“The Asia region is interesting right now,” said Valerie Ho, a portfolio manager at DoubleLine Group in Los Angeles. “Asia tends to be more insulated and it tends to perform a bit better in those episodes. It also hasn’t seen the price pressures that Latin America and Central and Eastern Europe have.”

What to watch this week: