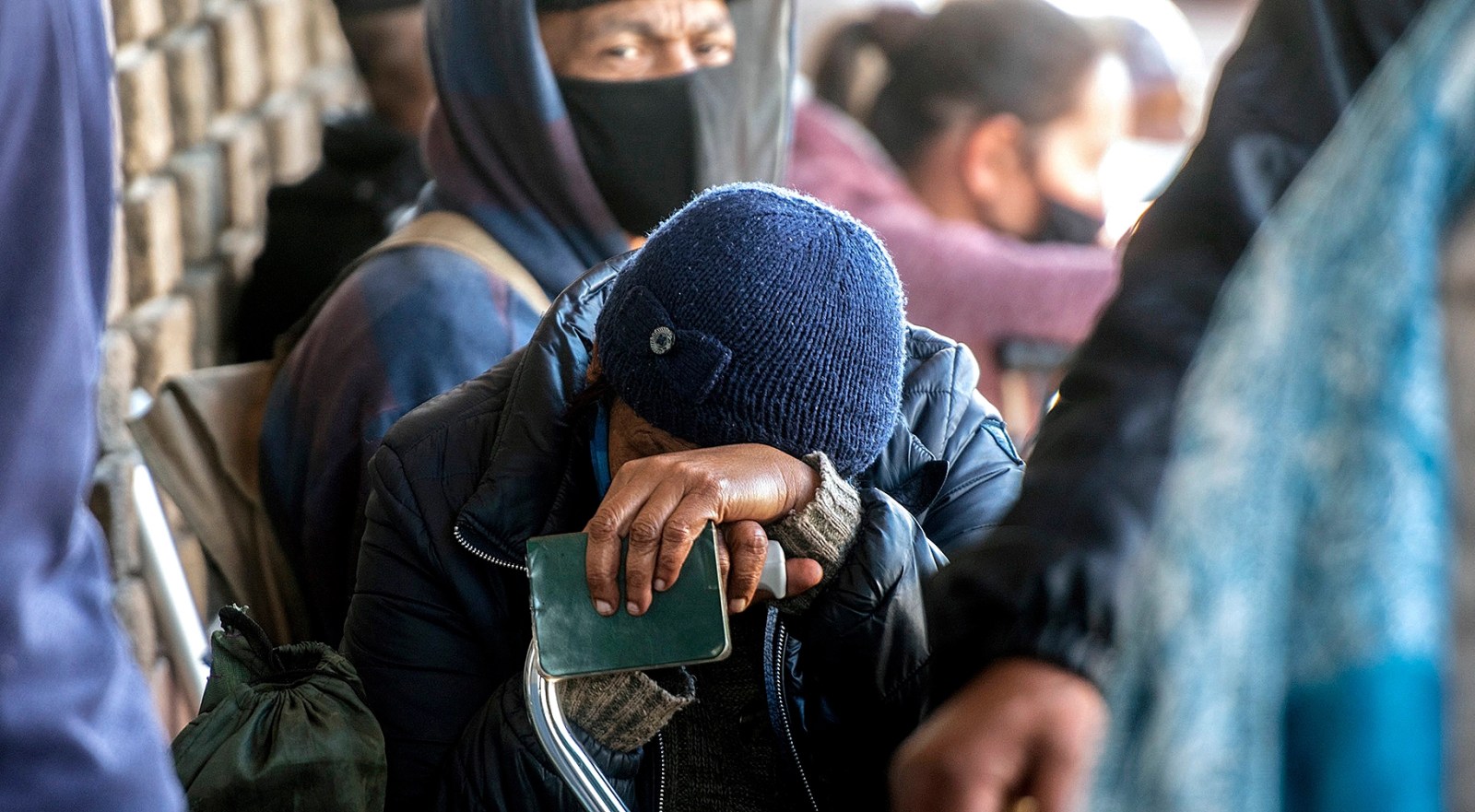 The Minister of Social Development, Lindiwe Zulu, on 7 July gazetted a call for public comment on proposed amendments to the existing Covid-19 Social Relief of Distress grant.

Social development minister Lindiwe Zulu is proposing amendments that would see the threshold for receiving the Social Relief of Distress (SRD) grant change from R350 to R624, which is the national poverty line.

At present, Regulation 2(5) states that, “The income threshold for insufficient means, contemplated in this regulation is R350 per person per month.”

The public has until 29 July to comment on the proposed amendments.

Speaking to Maverick Citizen last week, Institute for Economic Justice (IEJ) co-founder Neil Coleman said, “The exclusion level is absolutely horrendous; over 10 million people applied for June and only five million people were approved, which means that there has been a reduction of nearly six million people when you compare it to March…

“There’s never been such a low approval rate, which is the product of all these problematic procedures that they’ve put in place.”

Paseka Letsatsi, spokesperson for the SA Social Security Agency (Sassa), told Maverick Citizen last week that part of the reason an estimated 5.9 million people had been excluded was as the result of being above the R350 threshold.

“The main reason for the decline of applications are:

When approached for comment by Maverick Citizen on why the minister was proposing amendments, as well as how this was likely to affect beneficiaries who have been excluded, Letsatsi referred questions to Department of Social Development spokesperson Lumka Oliphant. Oliphant did not respond to our questions.

The IEJ and Black Sash are involved in litigation against the government for delays in SRD grant payments extending as far back as April and May this year, and for excluding millions of people from the grant.

In its court application launched on 23 June, Black Sash said the SRD regulations at the current threshold of R350 were “unlawful and regressive” and said there were grounds for review of regulation 2(4) and 2(5) because the minister had not undertaken meaningful consultation on the minimum threshold of R350, making it procedurally unfair.

The organisation also claims in its court application that the figure of R350 is an “arbitrary and unreasonable” one.

The department of social development intends defending the matter. DM/MC