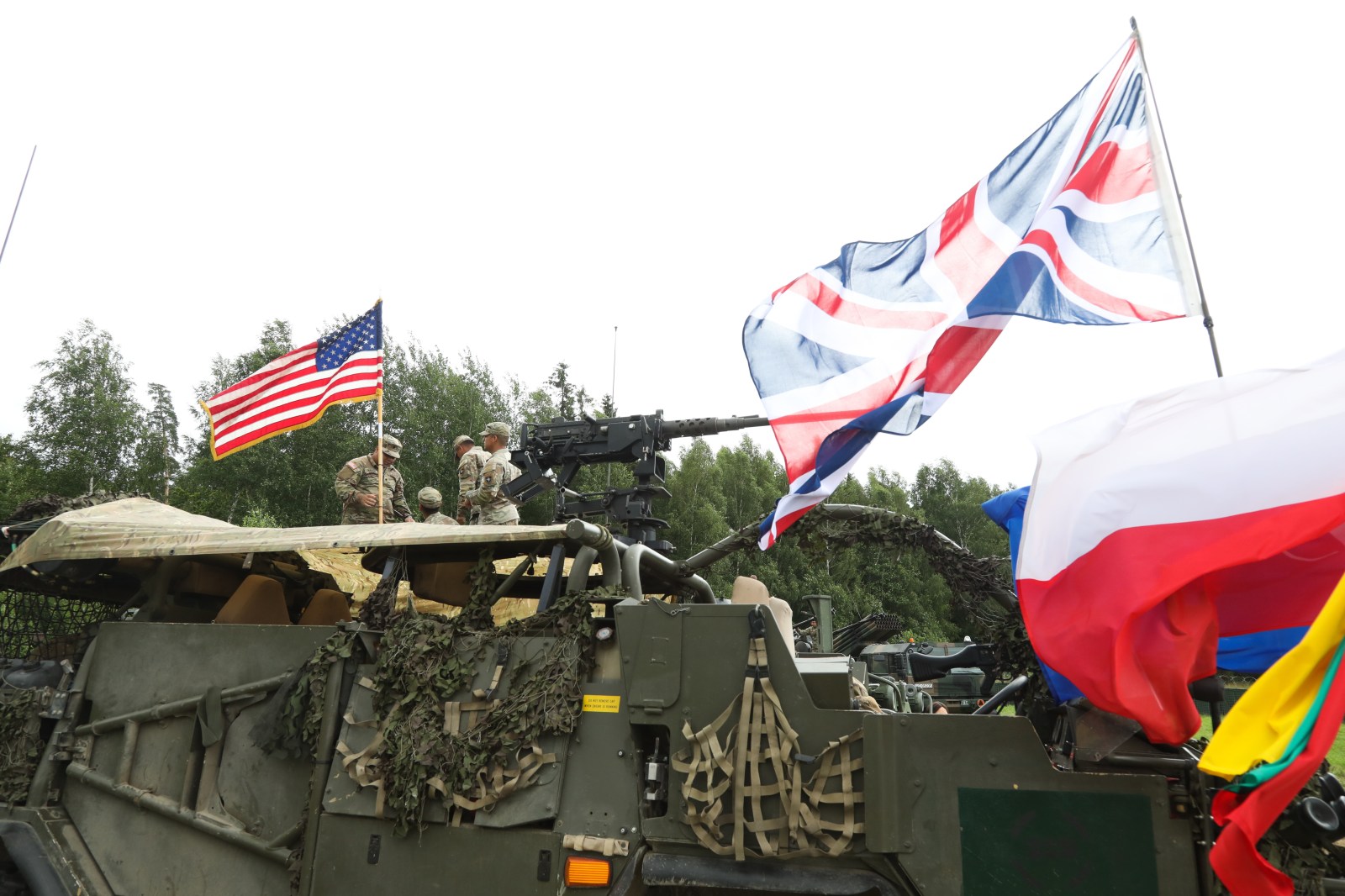 Mobile Command Post of the Multinational Division North-East in the Suwalki Isthmus in Szypliszki, north-eastern Poland, 07 July 2022. Suwalki Isthmus, is a place of enormous strategic importance as the area between the Kaliningrad Oblast and Belarus. EPA-EFE/ARTUR RESZKO POLAND OUT

VILNIUS, July 11 (Reuters) - Lithuania on Monday expanded restrictions on trade through its territory to Russia's Baltic exclave of Kaliningrad, as phase-ins on European Union sanctions against Moscow over its invasion of Ukraine took effect.

Russia warned Lithuania and the European Union on Friday that it could adopt “harsh measures” against them if the transit of some goods to and from Kaliningrad did not resume “within the coming days”.

On Monday, the Kaliningrad regional governor proposed a total ban on overland movement of goods between Russia and the three EU Baltic member states of Lithuania, Latvia and Estonia, a move which could divert Russian freight from their ports to those in Kaliningrad.

“This will provide activities to (our) maritime carriers and give work to Kaliningrad ports, which have been hit hard by the EU restrictions,” Governor Anton Alikhanov said on Telegram.

The presidents discussed “certain possible joint steps…in connection with the illegal restrictions imposed by Lithuania on the transit of goods to the Kaliningrad region”, the Kremlin said in a short statement on Telegram.

Lithuania has no border with mainland Russia but is a neighbour of Belarus.

The EU trade restrictions have been upgraded as governments, markets and companies worry Russia could choose to extend the shut-off of the biggest single pipeline carrying Russian gas to Germany beyond a planned 10-day maintenance period.

The dispute over the isolation of Kaliningrad is testing Europe’s resolve to enforce the sanctions amid fears of an escalating confrontation with Russia after other restrictions pushed Moscow to default on its debt.

EU officials, with Germany’s backing, sought in late June a swift compromise to resolve the stand-off. However sources told Reuters that Lithuania, once ruled from Moscow within the old Soviet Union, had serious reservations about making what could be seen as a concession to the Kremlin.

Kaliningrad borders on NATO and EU member states Lithuania and Poland and relies on railways and roads through Lithuania for most goods. The coastal territory has been cut off from some freight transport from mainland Russia since June 17 under the EU sanctions regime.

Goods that fall within humanitarian or essential categories, such as food, are exempted from the sanctions. Passenger traffic is not banned and Kaliningrad can still be reached by air or sea.

(Reporting by Andrius Sytas in Vilnius, editing by Anna Ringstrom and Mark Heinrich)