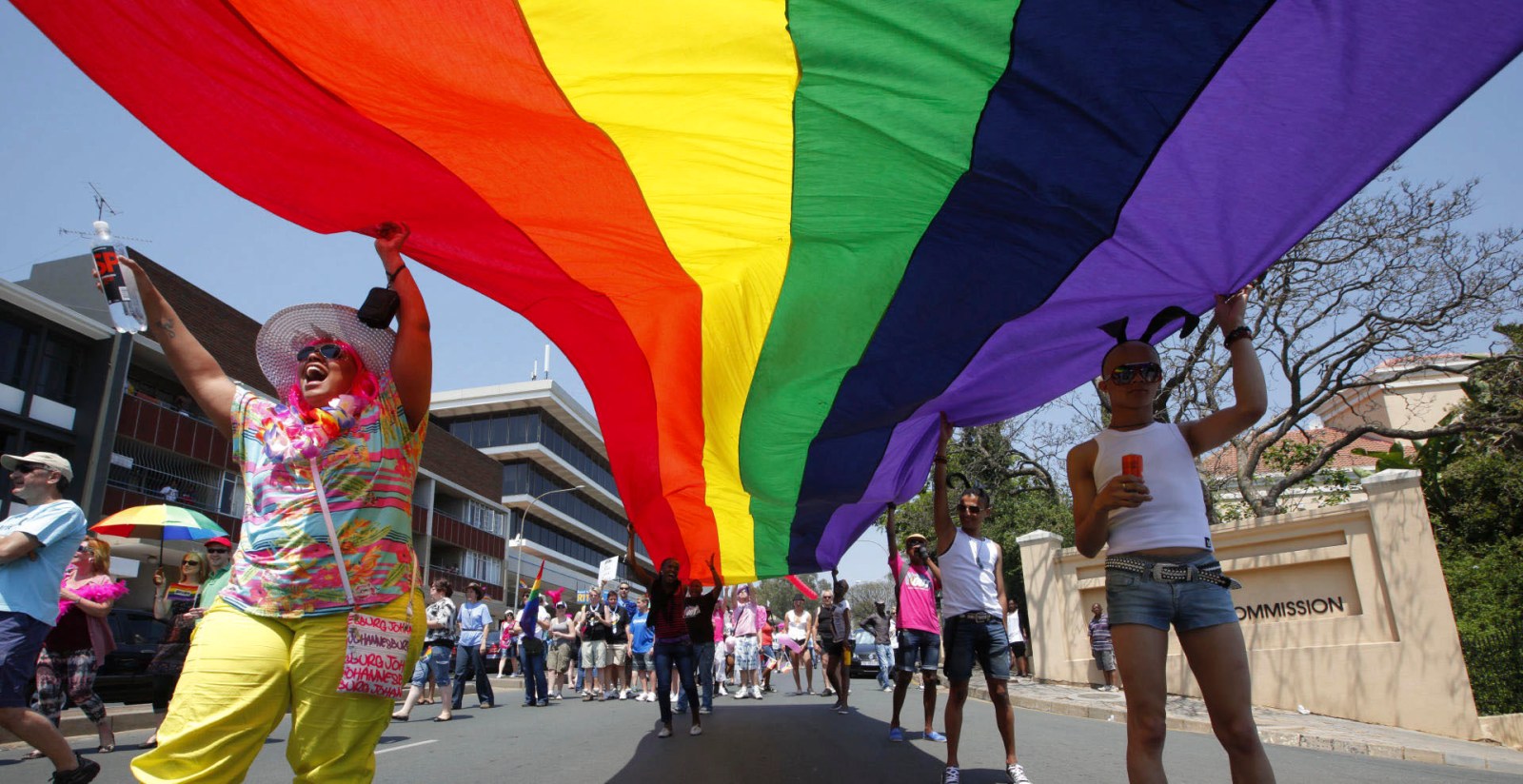 The 'South African Jewish Report' opinion piece defends the right of gays, lesbians and bisexual people to love, marry and divorce who they choose, but takes issue with the acronym LGBTQI+ beyond the “LGB”.(Photo: EPA / Kim Ludbrook)

An opinion piece published in the South African Jewish Report, titled ‘There’s no Pride to be found in gender ideology’, has caused a furore, with legal counsel being sought to pursue the matter.

Individuals and organisations that provide services to and support LGBTQI+ communities are organising to launch formal complaints of hate speech against the South African Jewish Report (SAJR), which published an opinion piece under the headline “There’s no Pride to be found in gender ideology” on 30 June 2022.

The author, Adam Sachs, who is described in the biography that appeared on the original item as “a specialist in digital product development”, states in the article that he doesn’t care if “a 40-year-old man wants to castrate himself and dress in women’s clothes”, but that children aren’t capable of consenting to “their own castration, sterilisation, and the consequent erasure of their future sexual potential as men or women”.

The opinion piece defends the right of gays, lesbians and bisexual people to love, marry and divorce who they choose, but takes issue with the acronym LGBTQI+ beyond the “LGB”.

In his opinion piece, Sachs says the new Pride flags symbolise for many “an ideological movement that’s antibiological, inherently homophobic, and hostile to gay people and women’s rights”.

The South African Association of Progressive Rabbis (SAAPR) issued a statement expressing its “disappointment and dismay” at the publication of the “transphobic” opinion piece.

“As proud allies, we stand with our partner organisation, Shema Koleinu, and with all members of the LGBTQI+ community both within and beyond our Jewish spaces in calling upon the [SAJR] to join us in educating those who speak from a place of ignorance and to take a clear stance that hatred and violence cannot be tolerated, and certainly should not be disseminated by our Jewish publications.”

The Monday after the publication, a meeting was held between the SAJR’s editor, Peta Krost Maunder, SAJR chair Howard Sackstein and members of Shema Koleinu, a Jewish-led queer organisation, with Rabbi Greg Alexander moderating. Shema Koleinu requested a retraction and an apology. According to Shema Koleinu’s Anastacia Tomson-Myburgh, Sackstein refused to print a retraction, although the article was pulled from the website after the meeting.

The SAJR was expelled from the Press Council earlier in 2022 for refusing to obey rulings from the Acting Press Ombudsman.

Krost Maunder wrote an editorial titled “We meant no harm”, which appeared in the SAJR on 7 July.

The editorial acknowledges that there was criticism of the article, including from a “respected psychologist” whose judgement the editor says she has always trusted.

Krost Maunder says that she received a statement from Shema Koleinu that said: “It’s the propagation of the ideas expressed in this article that lead, directly and indirectly, to homelessness, loss of opportunities, violence and death amongst transgender youths and adults. The publication of such a piece, its unfounded assertions and arguments notwithstanding, represents a reckless and malicious attack on human rights and marginalised populations.”

Krost Maunder wrote that this was not the intention and “if this is true, we apologise”.

Read in Daily Maverick: “The rights of transgender people enshrined in the Constitution are denied by a violent reality”

Tomson-Myburgh, speaking in her personal capacity to DM168, said Krost Maunder’s apology came across as hollow since it did not reflect the publication taking responsibility for the harm it had caused.

“I got a ‘sorry you got your feelings hurt’ impression off of it. I wanted to see some responsibility taken for the harm that was caused, and a genuine plan to do better going forward, rather than just excusing this on the basis of not having intended to hurt. This is not the full apology and retraction we and many others requested.”

Legal counsel is being sought to pursue the matter with formal complaints to the SAJR, the Hate Crimes Working Group and ultimately, if necessary, the South African Human Rights Commission. Both the SAJR and the author will be named as respondents.

In an interview with DM168, Sachs said the impetus for his commentary was because he had become increasingly concerned that “gender ideology is treated as settled science”.

He said the notion that same-sex activity is unnatural in any way had been thoroughly debunked, but same-sex activity was not about identity, which was a “somewhat different claim to identity which is something that cannot be grounded in biology”.

“Look, I’m not a biologist, not a psychologist, I’m not a scientist. Ultimately, I am just expressing what I believe to be my opinion. I like to think that I’m informed and don’t speak with too much confidence about things that I’ve not adequately researched.”

Read in Daily Maverick: “Progress and setbacks on LGBT rights in Africa – an overview of the last year”

Asked whether he thought his piece was harmful to the cause of a vulnerable group in society whose members were attempting “to live worthwhile lives just like everyone else” – words he used in his commentary about lesbians and gay and bisexual people – Sachs said: “Given the reactions that my piece has provoked, I suppose there might be an argument to be made that somebody who is transgender might have been hurt and that certainly wasn’t my intention. But at the same time, I am legitimately worried that gender ideology, if we expose it to children, might be causing all sorts of problems.

“I don’t apologise for the substance of what I’m saying. I believe I’m correct in thinking we should challenge what I do believe to be an ideology. I don’t like the idea that somebody read this and was deeply wounded by it and, with the benefit of hindsight, I could have injected more empathy into how I wrote what I wrote.”

The statement from Rabbi Emma Gottlieb of the SAAPR notes: “The op-ed in question presents a biased and unsubstantiated perspective and targets an already marginalised… group of people…

“We are proud that our Progressive Jewish community has a… tradition of celebrating Pride, and our rabbis are committed to continue educating ourselves and others about the importance of inviting and sharing pronouns, as well as reflecting gender diversity… in our liturgy… We continue to work to ensure that all people feel… welcome… in our shuls…” DM168

Karin Schimke is a writer and editor. She is a winner of the prestigious Ingrid Jonker Prize. 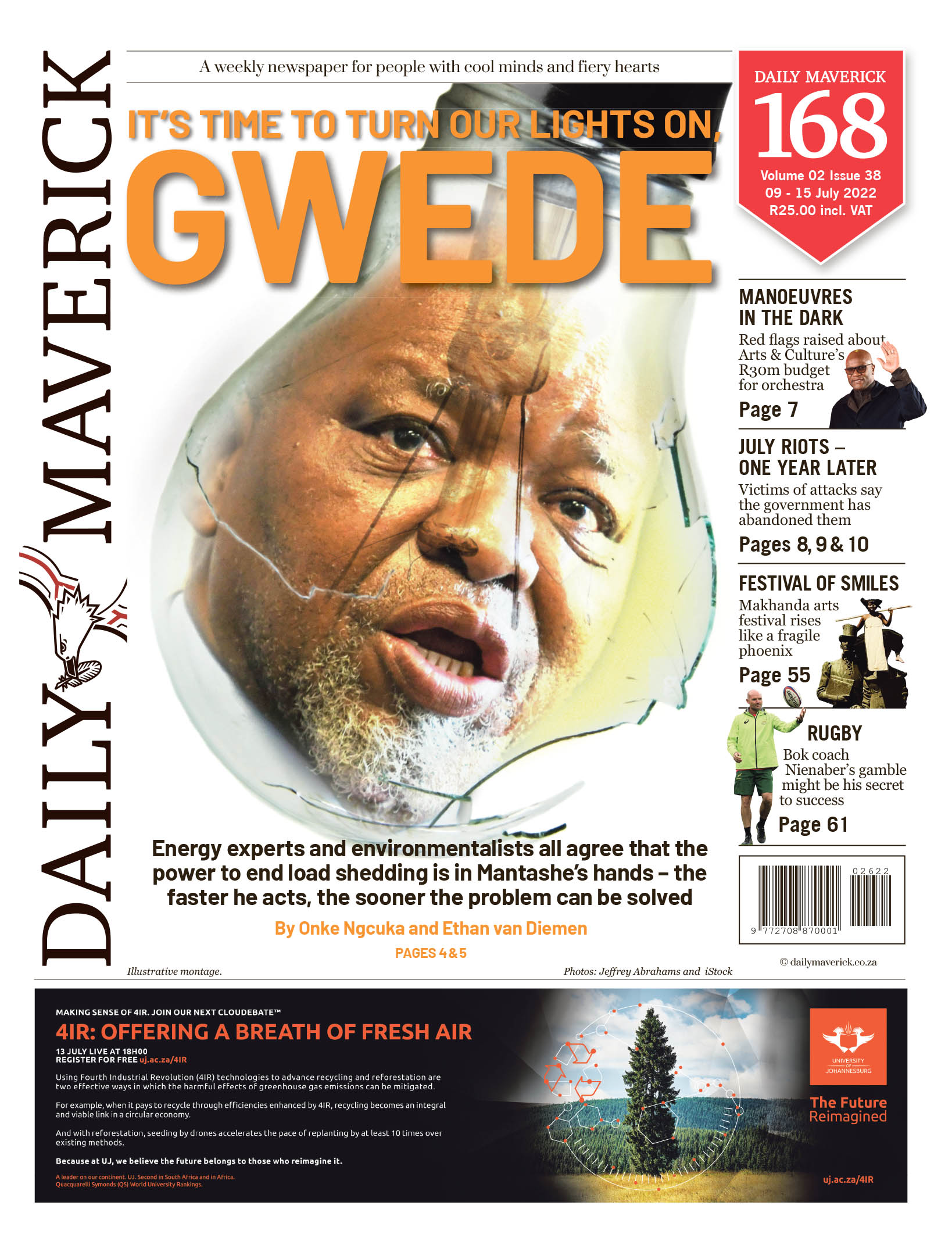