Prosus exec pay is a ratio of things to come — or not... 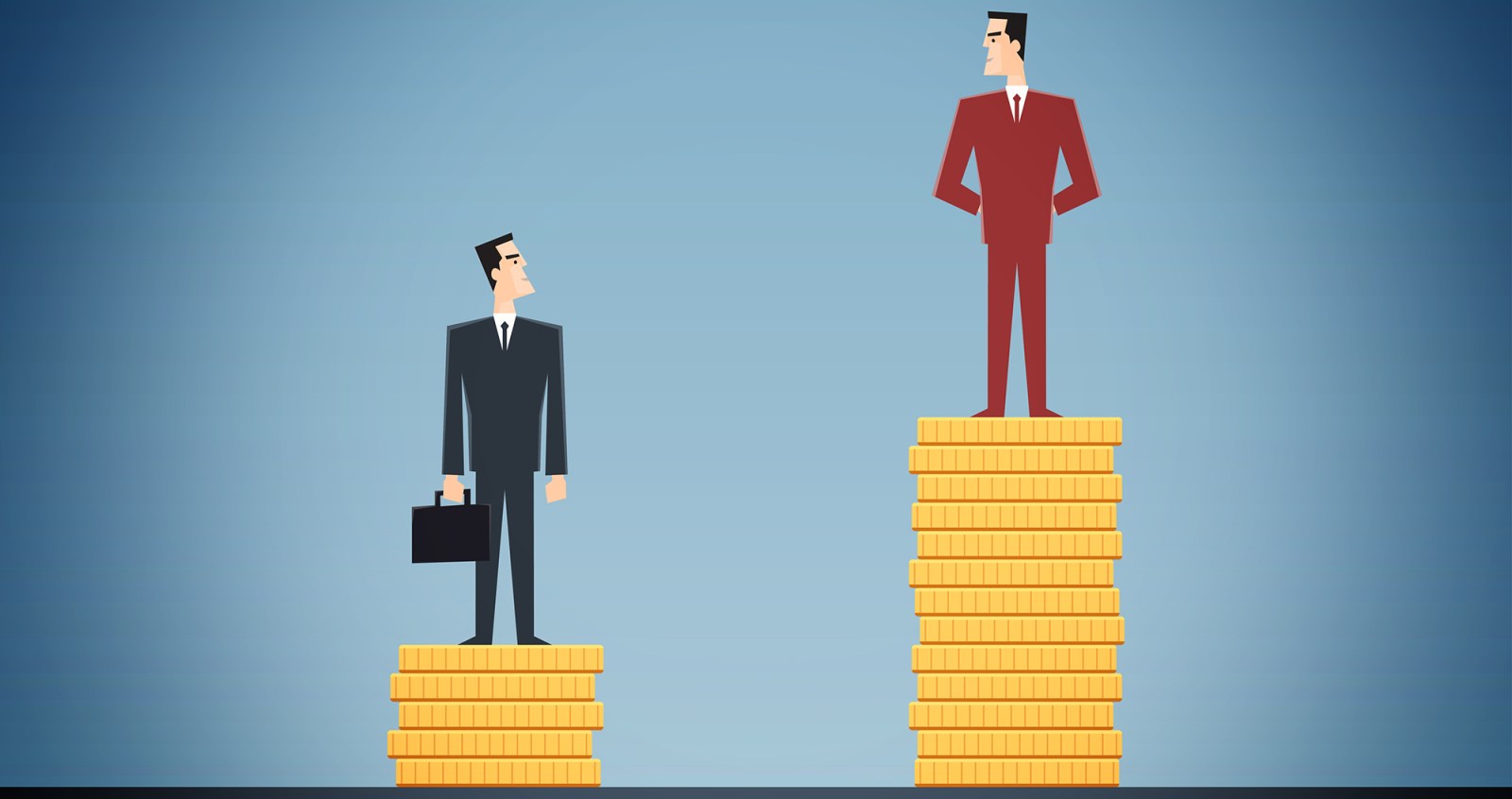 It seems almost comic at this point, but in 1977, perhaps the most respected management thinker in history, the late Peter Drucker, said the pay ratio between CEOs and employees should be a maximum of 25:1.

He actually scaled this back a bit by 2011, saying he often advised managers that a 20:1 salary ratio “is a limit beyond which they cannot go if they don’t want resentment and falling morale to hit their companies”.

That 20:1 ratio is now a dream. The Institute for Policy Studies found last month that the average gap between CEO and median worker pay jumped to 670:1 compared with 604:1 in 2020 at the top 300 US companies.

As if to pour scorn on this puny ratio, the board of Amazon gave CEO Andy Jassy nearly $213-million in compensation in 2021, which is 6,474 times the median workers’ salary at the company. If that isn’t a stiff middle finger, it’s hard to know what is.

We know all these numbers because new listings rules in the US now require companies to state their executives’ compensation as well as the average salary of their employees. The question for South Africa is whether we should follow suit.

Instinctively, I’m in favour. What CEOs get paid here and around the world is just nuts. It’s just nuts. Let me say that again; it’s just nuts. Nobody, including the greatest manager in the history of the corporate world, can possibly be adding 670 times more value than the average employee, every working minute of every working day.

Why did this all happen? Why are we paying CEOs so much, while average worker wages are static to declining in many parts of the world? Think too about the poor, dejected middle management, who in my experience are the people who actually do the work while the CEOs think big thoughts, have strategy sessions in exotic locations, go to lunch and play golf.

We are here for three main reasons, I think. The first reason is that we, the media among others, insisted that companies start revealing CEO salaries. Shareholder and investment groups liked the idea too because they had a sense some remuneration is just outrageous. We all expected light to disinfect.

But it probably goes down as the worst unintended consequence in history. The result was that CEOs immediately got paid more because salaries rounded up rather than rounded down. Why is that? Possibly because no company wants to think that its CEO is not as good as some other companies’ CEOs in the same sector.

The second problem is that in order to enhance shareholder value, companies started increasing the proportion of executives’ salaries granted in share options. Once again, a great idea has gone topsy-turvy. In some cases, it works, but the results can just be crazy. For example, a CEO who happens to join a mining company just before a commodity boom suddenly earns staggering sums for reasons that have absolutely nothing to do with him or her.

The past few decades have been fabulous for shareholders, and therefore for CEOs too. That’s not a terrible thing, but it encourages companies to buy back their shares at high rates instead of investing in the real economy to keep the prices going up still further.

The third thing has been the increasing deification of path-breaking CEOs who get to be thought of as some kind of superhuman genius. There are some CEOs who are just that — plenty in fact. The most renowned example is Steve Jobs who played a huge role in turning Apple into the world’s largest company. I have enormous respect for CEOs in general: anyone who gets to be the head of a large organisation is not an ordinary person. But that doesn’t make them all corporate demi-gods.

This is all relevant because SA’s largest company (indirectly now) Prosus, has just released its remuneration report. Ann Crotty, writing for the FM, neatly captures the absurdity of it all here. Just to summarise, Naspers/Prosus CEO Bob van Dijk was paid R229-million for the 2022 financial year, while CFO Basil Sgourdos’ payout was R146-million (at current exchange rates). Yowzer. Yowzer, yowzer, yowzer.

This was in a year that Prosus’s share price halved and despite implementing a completely weird new structure designed to reduce the discount at which the company trades to its largest investment Tencent, the discount stubbornly remained between 50%-60%.

It’s not as though the Prosus remuneration committee didn’t apply themselves. The remuneration report is now published and is 30 pages long. Head of the remuneration committee Craig Enenstein does point out some of the advances the company made, including that group revenue, measured on an economic interest basis, grew 24% to $35.6-billion. But he does also mention that group trading profit declined 10%, “reflecting investment to expand the market opportunity for each segment and strengthen the customer ecosystems of our businesses”. (That old tech-company cop-out!) At the end of the day, core headline earnings were 23% down.

In any event, as Crotty points out, the company has now completely changed direction, and so there will be a new set of incentives entirely linked to a reduction of the discount. After years of saying it was remunerating for the long term, suddenly it is not.

One fund manager, Asief Mohamed, CIO of Aeon Investment Management — surely reflecting what investment houses generally feel — is quoted by Crotty as saying: “The deepness of the discount was created by management and the board; the cross-shareholding structure they put in place to reduce it merely served to widen it, and now they’re going to be rewarded for reducing the discount.”

Interestingly, the discount has recently declined meaningfully after the company said it would sell down the Tencent stake — exactly the strategy everyone said they should adopt for years. But now the execs will get paid for it. Incredibly, reducing the discount was only weighted 15% of total remuneration over the past year.

But one other thing worried me. The remuneration report says it does not consider the pay ratio to be an appropriate measure of fairness “given the widely different pay levels that are observed in the countries where we operate”, pointing out that it operates in “high-growth countries”, including India, Brazil, Central and Eastern Europe, Russia and South Africa. What they are trying to say is poor countries.

But surely that is precisely what they should be doing? If you are a CEO of a company in the developing world, an appropriate factor in setting a salary should surely be what CEOs in those countries earn? But even if this is not the case, the report notes that Bob van Dijk’s salary has increased as a ratio of average salary for three years in a row.

I just wonder what Pony Ma, the CEO of Tencent, which is the company that has for years dictated the Naspers/Prosus’ share price for years, thinks of all this. His salary was reduced 24%, more or less in line with the decline in the company’s share price over the past year. BM/DM