Excusing results in the name of RWC development is not... 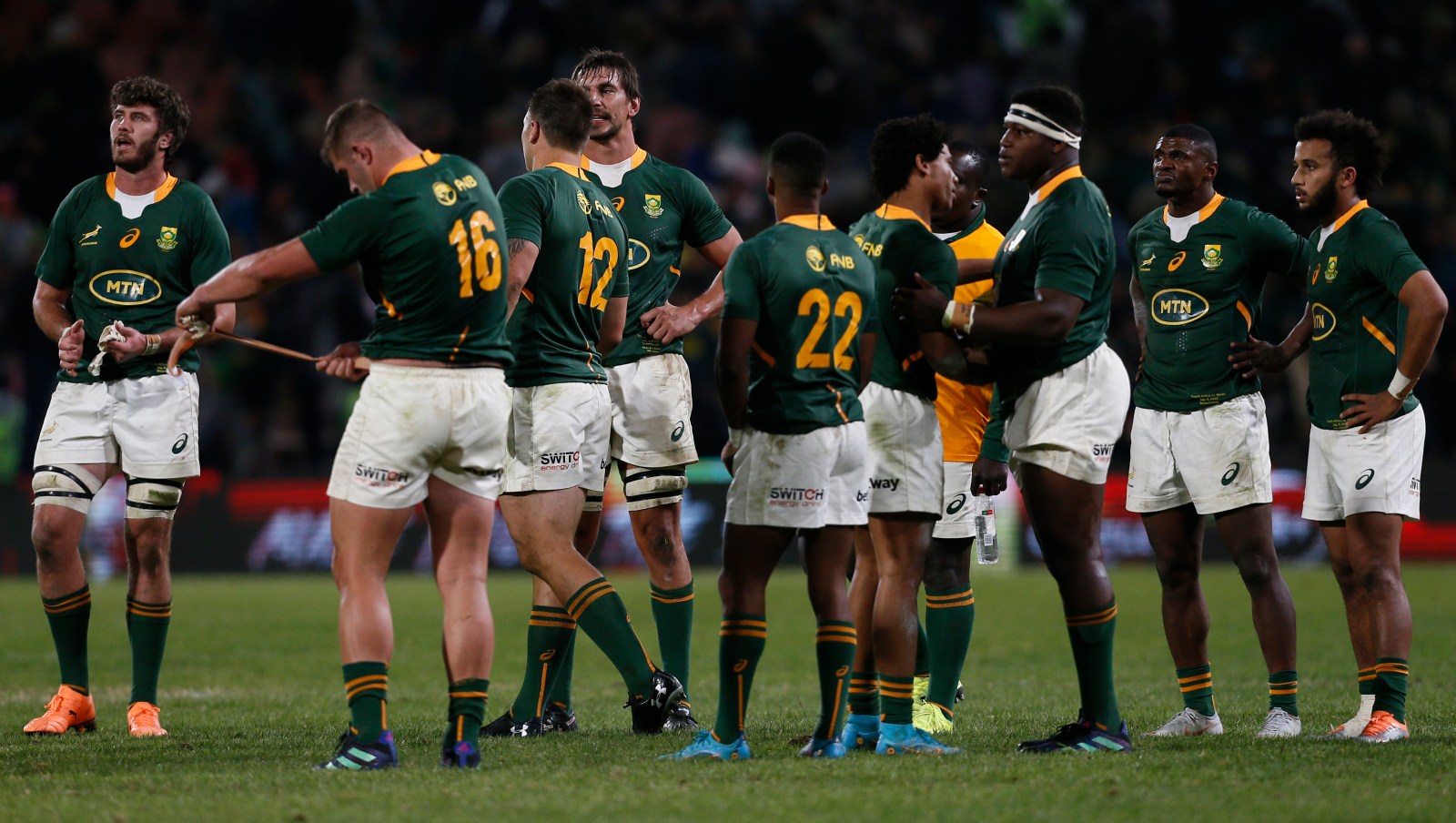 The Springboks’ ‘growth for Rugby World Cup 2023’ experiment has left the world champions under pressure.

Springbok coach Jacques Nienaber said that his team’s 13-12 defeat against Wales in Bloemfontein was worth it because he had found answers to questions.

Exactly what questions he set out, and which ones were answered, is known only to the Bok inner circle. But hopefully it was worth it because it was the first time in history Wales won in South Africa in their 12th attempt.

Taking away the emotion and anger that the Boks sent out a callow team with six debutants and 19 changes from the side that won a week earlier to face a side that were 2021 Six Nations champions and Rugby World Cup (RWC) 2019 semifinalists, it was a game the Boks should have won.

Welsh captain Dan Biggar and coach Wayne Pivac conceded as much after the Test. But like a week earlier, when the Boks won the first Test at Loftus 32-29 with the last kick of the game, Wales were unlucky to be on the losing side that time. The margins are slim at this level.

Nienaber never expressly stated he would accept defeat as part of the process of building depth for RWC 2023, but it was implied. And that rankled.

“The conservative route would have been to try to wrap up the series now,” Nienaber said after the match. If you look at the Test matches this weekend (played across the world), you can never be sure you can beat Wales.

“We could have gone the conservative route (by picking an experienced team), but let’s say we didn’t win the Test match tonight, then we would probably have never given the other guys an opportunity.

“Now we’ve got answers on 42 players, and that was always the plan. We knew the risks involved, but the answers we got outweighed the risk.”

Globally, coaches are using the: ‘every decision is in the name of World Cup success, so judge us on that,’ excuse. England head coach Eddie Jones has been saying it and Nienaber is offering the same reasoning.

Essentially, what coaches of Test match teams are saying is that they must be judged on three matches — the knockout stages of a World Cup — every four years.

Yes, the mix-and-match Bok side in Bloemfontein on Saturday, could, and should have won. Had they made the most of their chances Nienaber’s decision to field such an experimental team would have looked tactically brilliant.

Now it looks like a gamble that has lifted Wales’ confidence going into the decider in Cape Town next weekend. It might not have been a decider, but a dead rubber. Instead, everything is on the line and Pivac toned down celebrations over the win in Bloemfontein because there is still work to be done. Wales are not content with a single Test win in South Africa.

“No, it’s not done. It’s two down with one to play. It’s two really tight contests coming down to the last plays of the game,” Pivac said.

“We’d like to think we’ll put up a fight next week, similar to these first two weeks and, again, we’ll get a really tight contest, which is what we’re after.”

The Bloemfontein outcome also cost the Boks a piece of history. Their unblemished home record against Wales has been erased by fielding a side that was always going to struggle against an accomplished team. For those of us that care about these, admittedly, minor details, it stung.

The one positive aspect, and unintended consequence, to emerge from the match is that the series decider is as close as the team will get to replicating the intensity of a World Cup knockout game.

Nienaber’s big question now will be how he approaches the series finale? Losing a home series to Wales was unthinkable two weeks ago, now it’s a possibility.

If the coach reverts to the players that won the 2021 British & Irish Lions series and RWC 2019, he won’t be exposing new and fringe players to the desperation of a knockout match. But conversely, he can’t gamble with a callow team for such a vital game.

New Zealand’s approach has always seemed the most logical, in the view of this writer.

No All Black coach has ever excused a Test defeat in the name of growth for the World Cup. To them, every Test is sacred. By winning nearly 80% of the time, they build a team that starts every World Cup as favourites.

As a player retires, or another loses form, new players are blooded into the team. Against tier two nations, or perhaps against lower-level tier one countries, they might choose a ‘B’ team, and they have never lost to the likes of Italy, Tonga, Fiji, USA etc.

The way the All Blacks approach growth is through maintaining core stability of player personnel and results reflect that. The All Blacks have won 77% of their Tests in history, which is 14% better than the Boks. Both sides have also won three World Cups.

Nienaber did not cut an unconcerned figure at the outcome, but the trait of sacrificing Test results on the altar of Rugby World Cup success is only justified if the team wins the Webb Ellis Trophy.

Winning series and the Rugby Championship should be seen to be as important as a World Cup.

In an unusual sequence of matches, all four major international series being played across the southern hemisphere are all going down to deciders.

Wales and Ireland won their first ever Tests in South Africa and New Zealand respectively at the weekend while England beat Australia in Brisbane and Scotland were victorious over Argentina in Salta.

Consequently, each of the series is in the balance and the outcome of this past weekend’s results saw France (who beat Japan 20-15) rise to the top of the world rankings for the first time since they were introduced. Ireland have risen to second and the Boks dropped to third.

That situation will change again this weekend with France not playing a third Test against Japan. But it underlines that the strength of northern hemisphere rugby has never been better.

Next year’s World Cup could be the tightest yet, especially as it is being held in France. DM