Right of Reply: Anti-SAA article on Flight SA9053 incident is a threat to institutional aviation culture in South Africa 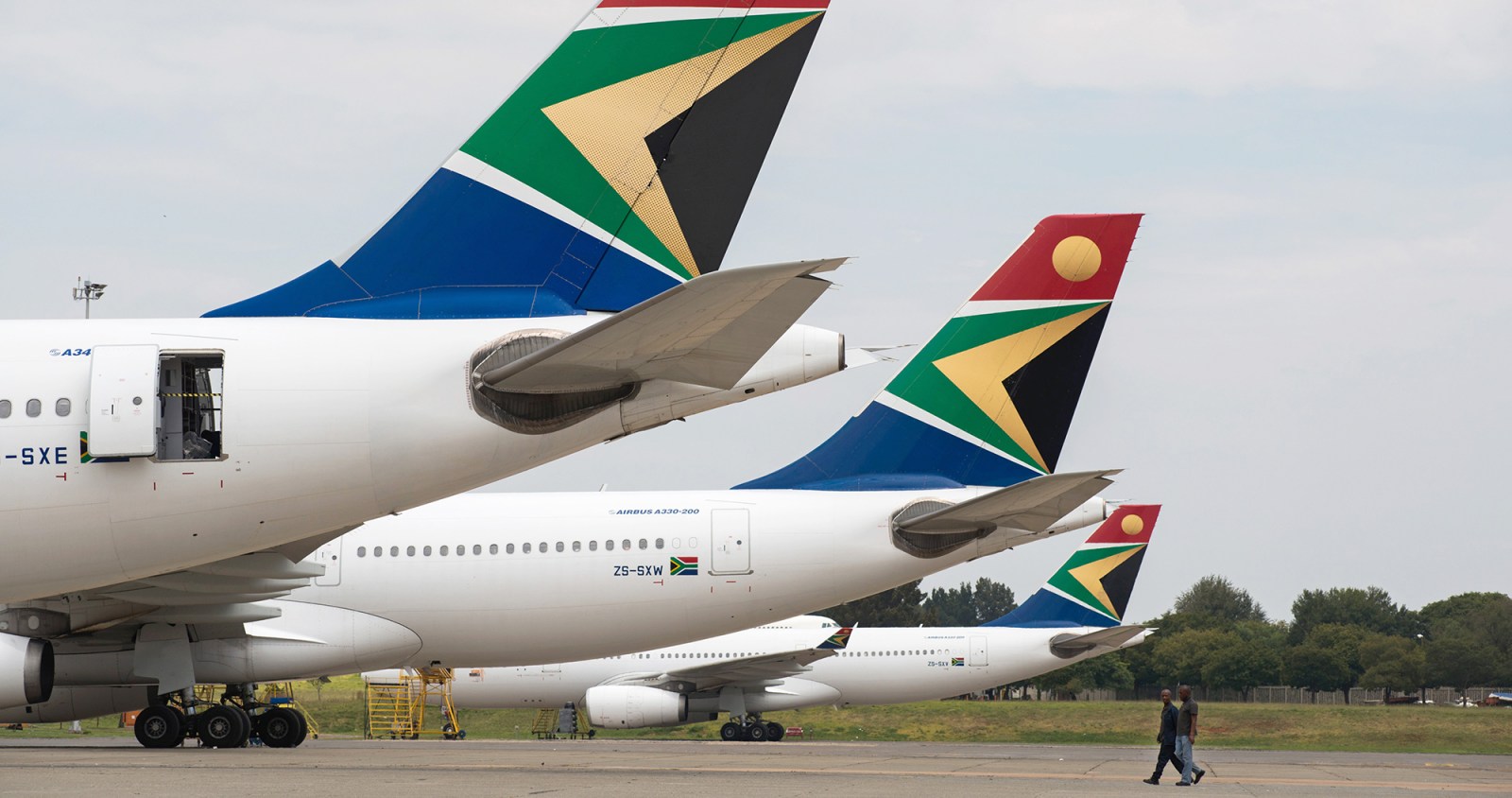 The levels of desperation and the wildness of the prejudice that Guy Leitch and his cohort have against a transformed SAA have reached the point where they threaten the institutional aviation culture in South Africa.

I write in my capacity as the chief executive at South African Airways (SAA)  in response to Guy Leitch’s opinion piece in Daily Maverick of 5 July 2022, “Flight SA9053: Yet another near-fatal incident uncovered at SAA”.

His article has left those with information on this matter baffled as to the exact motive that could lead him to stoop to this level, and the sensationalism that even breaks standard aviation security injunctions regulating false reporting of safety occurrences.

In a decidedly anti-SAA tone that is laced with racist prejudice against a decorated black senior pilot, Captain Vusi Khumalo, he bandies a series of falsehoods about the incident on SAA’s Flight 9053 that flew out of Accra, Ghana on 15 April 2022 under the command of Captain Khumalo. The incident in question – an on-flight engine surge following a technically remedied water contamination of the jet fuel in Accra – is fairly narrated in the media statement the South African Civil Aviation Authority (SACAA) issued on 29 June 2022.

Leitch sells the impression that SAA had sought to hide this incident and that the flight was supposed to be a ferry flight, that is not to carry passengers. He then cobbles together three accidents from SAA’s 88-year history to arrive at the dim-witted conclusion that “SAA has had a fearful toll of fatal crashes”.

Leitch wrote this article while he presumably had in hand the media statement issued by SACAA a week before. The aviation authority outlines the technical nature of the incident during this flight, the circumstances that led to it and the actions taken by SAA pilots which, contrary to Leitch’s deliberate misrepresentation, were reported by SAA in the prescribed SACAA Safety Reporting System at 10pm on 17 April 2022 – that is, 24 hours earlier than the regulated reporting time.

The SACAA statement is so abundantly factual and contextual that other media houses who were running with this story of “an aviation expert” had to amend their reporting in the past days and supply the original copy of the statement as a refutation of Leitch’s lies. We have requested that Daily Maverick also embed that statement in this op-ed.

The levels prejudice that Leitch and his cohort have against a transformed SAA that is rising as a credible competitor in both the domestic and regional African market, have reached the point where they threaten the very institutional aviation culture in South Africa. There is an obsessive lobby to have SAA’s airline operations grounded, and SACAA is increasingly under pressure to take irrational enforcement decisions against the airline. It is  revealing that in pursuit of this, Leitch had to parade an Australian airline to maliciously malign SAA’s safety record. He writes about the Helderberg disaster of 1987, the Windhoek B707 crash of 1968 and the East London Viscount crash of 1967, as if these unfortunate accidents took place about two years ago, to feed his irresponsible prediction that “unless the airline gets lucky, the odds are stacking up that a serious crash is imminent”. No aviation expert would drift this far into hysteria-mongering.

Leitch reports that “there are already questions about pilot standards at SAA” but does not mention a single one. Uncharacteristically, the SACAA media statement rightly notes a campaign by the likes of Leitch and DA member of Parliament Chris Hunsinger, “who are continuously and falsely pushing an agenda to question the competence of African pilots”, and are bent on casting the SACAA, which has been ably led by a black woman director for more than 10 years, as being a haven of incompetence. Leitch and the DA have hounded SAA for some time now through parliamentary questions in an attempt to besmirch the professional career of Captain Khumalo.

Yes, Captain Khumalo was in flight command of SA9053. Including him, there happened to be four flight deck crew (pilots) on this flight, as two would routinely have to rest for a return flight. In addition, as per standard procedure, there was a travelling technician on board, whose role is to supervise aircraft refuelling procedures, and who, after the fault was detected and rectified, declared that the aircraft was airworthy and could undertake a commercial flight back to Johannesburg. Based on this assessment, SA53 was accorded the flight number SA9053 as per IATA rules; a ferry flight would have been prefixed SA4053.

The SACAA statement reminds us of what Leitch is supposed to know: the “well-known fact that the South African pilot licence is globally sought after”. Pointing to Captain Khumalo’s piloting decisions during Flight SA9053, the SACAA confidently ventures that “both crews, i.e. the one who noticed the warning light on the aircraft and the one who ultimately piloted the aircraft back to South Africa, acted within the bounds of the law and their training, and they must be applauded for taking safety precautions when the situation called for them to do so”.

SAA is the only South African-based airline with the fortune and capacity to fly wide-body, long-haul aircraft such as the A330-300 and is thus able to service African markets such as Accra and Lagos. This Airbus product is a safety-proof, highly computerised flying machine that flies on two Rolls-Royce engines. As it happened in this instance, the aircraft could warn the pilots that something was wrong with the quality of the jet fuel being used during the refuelling procedure. It shut the fuel tank nozzle automatically, and would not allow the pilots to fly until the water that was detected in the fuel tanks had been drained out. Water contamination of fuel in aircraft fuel tanks is not unusual and is routinely monitored through maintenance actions.

SAA boasts one of the best safety records globally. Despite all the governance and financial challenges it has faced in the past, and as it started operations in September 2021, its operational culture is pillared on a non-negotiable Safety Management System (SMS). As the recently inducted accountable executive at SAA in terms of civil aviation safety and security law, I personally attest to this. Just a month ago, we were awarded the International Air Transport Association Operational Safety Assurance (IOSA) certificate after a gruelling audit. We have a rigorous system that ensures optimal training and support of our flight deck and cabin crews, as well as office and ground staff. In terms of the classification of safety-related events in our SMS, Flight SA9053 was internally investigated and classified as an incident from which a number of remedial lessons could be learnt – not least of which was the quality of our responsiveness to the inconvenience caused by flight delays, as well as the safety concerns of our customers.

The SACAA is continuing its investigation in collaboration with the Ghanaian aviation safety authorities. Thus far nothing has been found that merits an enforcement action against SAA. Notwithstanding, in compliance with our self-regulating safety culture, we have instituted internal continuous improvement interventions arising from what we have learnt from this incident. DM/BM

John Lamola is the chief executive at South African Airways.