Nadal pulls out of Wimbledon with abdominal injury Nada...

Nadal pulls out of Wimbledon with abdominal injury 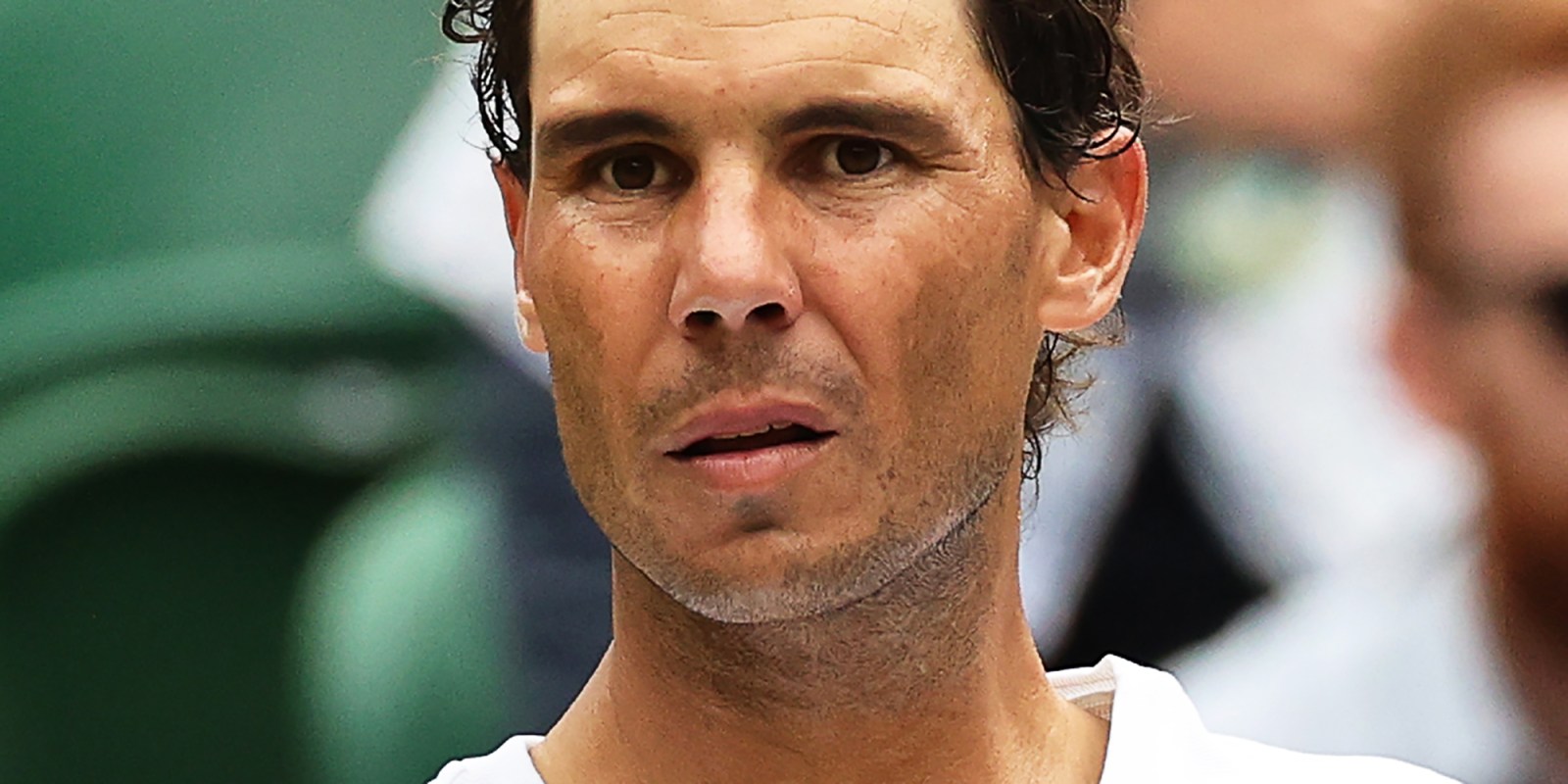 An injured Rafael Nadal of Spain during a break in his men’s quarterfinal match against Taylor Fritz of the US at Wimbledon on 6 July 2022. Nadal progressed to the semifinals, but the injury forced him pull out of the upcoming match against Australian Nick Kyrgios. (Photo: EPA-EFE / Kieran Galvin)

Rafa Nadal, the winner of a men’s record 22 Grand Slam tennis titles, said it did not make sense to continue as it was evident to him that he could not have been competitive.

Rafa Nadal’s hopes of completing a rare calendar-year Grand Slam ended on Thursday when the Spaniard pulled out of his highly anticipated Wimbledon semifinal showdown against Australian Nick Kyrgios with an abdominal strain.

Nadal won the Australian and French Opens back-to-back this year for the first time in his career and was bidding to become the first man since Rod Laver in 1969 to complete the calendar-year slam.

“Unfortunately, I have to pull out from the tournament,” a dejected Nadal told reporters at a hastily arranged news conference, less than 24 hours before his semifinal.

“As everybody saw yesterday [in the quarterfinal], I have been suffering with abdominal pain. I knew something was not okay there. Yeah, that’s confirmed. I have a tear in the muscle in the abdomen.

“I was thinking during the whole day about the decision to make.”

With the Spaniard’s withdrawal, unseeded 27-year-old Kyrgios became the first Australian to reach the men’s singles final at the All England Club since Mark Philippoussis in 2003.

Kyrgios will face either No 1 seed Novak Djokovic or Britain’s Cameron Norrie in Sunday’s final.

Nadal’s father and sister urged him to retire mid-match against American Taylor Fritz during Wednesday’s match on Centre Court, but Nadal ignored the pleas from his box and pulled off a remarkable win in four hours and 20 minutes.

He was back on Thursday at the All England Club, hitting forehands and backhands on the practice courts at Aorangi Park, hoping to be able to turn up against Kyrgios.

Nadal, the winner of a men’s record 22 Grand Slam titles, said it did not make sense to continue as it was evident to him that he could not have been competitive.

“Even if I tried a lot of times during my career to keep going under very tough circumstances, in that one I think it’s obvious that if I keep going the injury is going to be worse and worse,” he said. “I feel very sad to say that.

After Nadal missed a chunk of last season with a foot injury, including the 2021 Wimbledon and US Open, he arrived for the Australian Open at the start of the year after suffering a bout of Covid-19 and with lingering doubts over his fitness.

But despite a poor build-up, the 36-year-old went on to lift the trophy at Melbourne Park.

He then suffered a stress fracture in his ribs at Indian Wells, but played at Roland Garros and won the title with pain-killing injections before each match.

Nadal only confirmed his Wimbledon participation after radiofrequency treatment eased the pain in his foot.

“As I always said, for me the most important thing is happiness more than any title, even if everybody knows how much effort I put in to be here,” Nadal told reporters at the packed news conference.

“But I can’t risk that match and stay two, three months outside of competition because that’s going to be a tough thing for me.” DM