Impossible boss: The case of Mr Tumbleweed and managing... 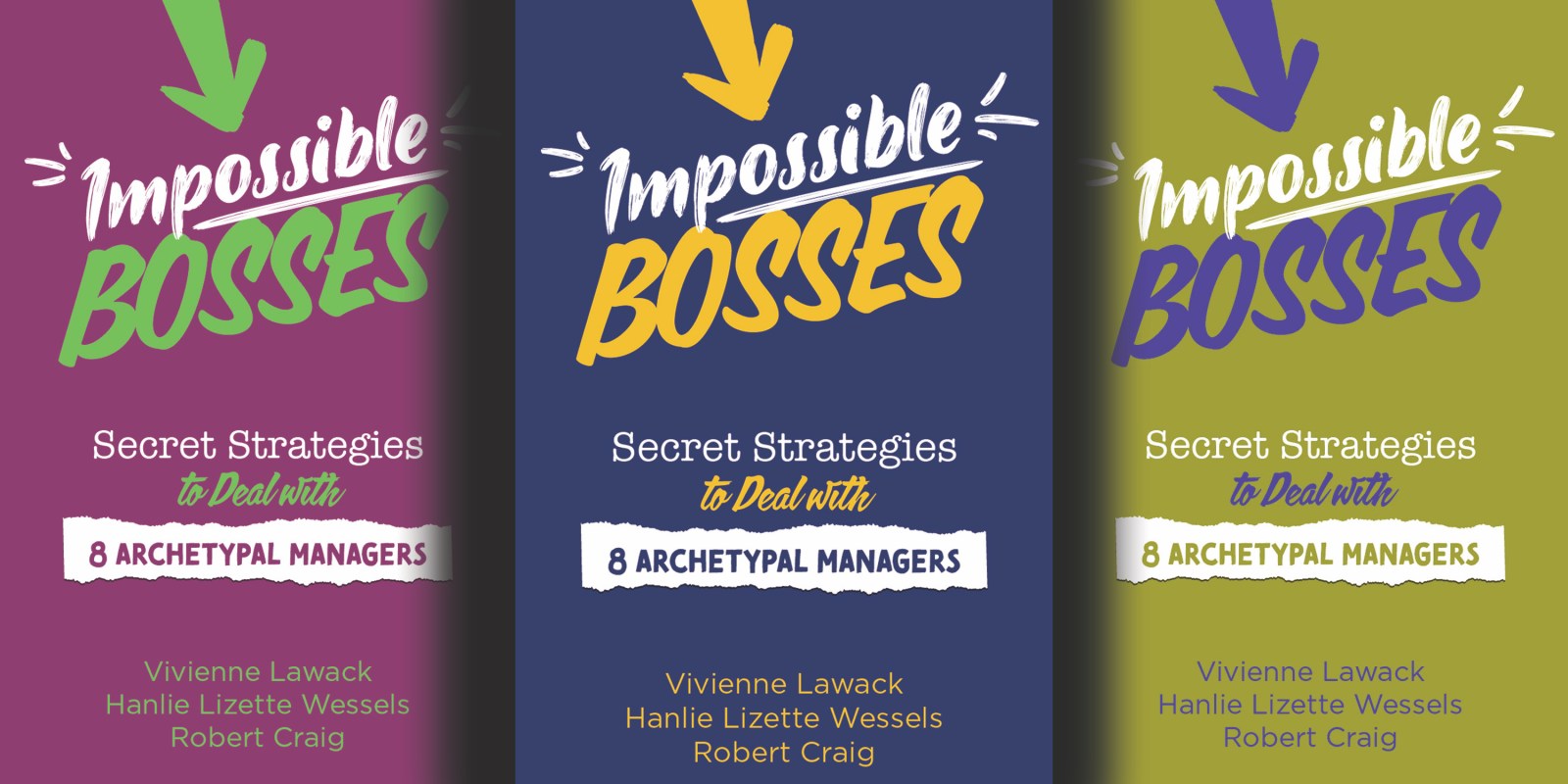 ‘Impossible Bosses’ identifies eight archetypal managers who create uniquely challenging situations. This excerpt introduces Mr Tumbleweed (the indecisive worrier), and outlines ways on how best to work with him.

Mr Tumbleweed is a powerful, yet indecisive leader who is clever at finding ways to let others do his work for him. As a result, timelines, reliability and results roll down the road like a tumbleweed. His poor leadership style leads to team friction, demotivation and increased pressure on those who work under him.

Mr Tumbleweed becomes physically upset when he is pressured by his line manager to make big decisions, act swiftly or deliver on a goal. The pressure makes him anxious, so you will see him starting to fidget badly.

During meetings he’ll often pace up and down, touch his ears or face constantly or wring his hands. He cannot sit still, even when he is in the company of important stakeholders. You’ll find him fiddling with and scrolling on his cellphone.

Yet, Mr Tumbleweed loves the status and money attached to being a manager or even the CEO of an organisation and he regards himself as a good leader. He wants all the benefits and perks of a specific position, but he does not want the accountability and responsibility that go with the role.

Since Mr Tumbleweed loathes having to make decisions, he has perfected the art of getting others to do the work, and often to make tough decisions for him. However, that doesn’t necessarily mean he’ll take responsibility for those.

One of his directors once made a difficult decision on his behalf and Mr Tumbleweed made it clear that he would not be held accountable for it. In fact, when he noticed that there were naysayers, he became the most vocal critic of his director’s decision.

One of the ways in which Mr Tumbleweed gets out of decision-making is by surrounding himself with advisers. These advisers tell him what to do or how to get someone else to do the job, even helping Mr Tumbleweed to identify a scapegoat, should things go wrong.

You will often find him surrounded by his advisers and he can get very upset if others in the organisation do not listen to them, especially when he is being shown up.

Mr Tumbleweed tends to hide behind other supposed commitments or travel to escape his obligations and get others to do his work. When the going gets tough, he simply disappears, even when going AWOL requires him to fake an illness.

One of the factors that leads to Mr Tumbleweed’s anxiety is that he often believes things will not work out. He has also been described as something of a pessimist. This drives him to repeatedly investigate every aspect of an issue, but then he fails to act.

His noncommittal approach is worsened by the fact that he believes that whatever the benefit may be, it will not be worth the risk of making the wrong decision. As a result, he goes to great lengths to delay any ruling or to create a situation where a response is no longer that urgent.

Mr Tumbleweed will often claim it’s fine to delay a decision or that he needs to consider more options. Don’t be surprised when he passes the decision on to someone else. His main goal is to find relief from his intense anxiety not to solve a problem.

This also helps to explain why Mr Tumbleweed often disappears during crunch times and why he depends so heavily on advisers. His anxiety and worry simply become too much for him.

Mr Tumbleweed has a strong need to be liked. Since this is so important to him, it means he will far too often agree with his friends’, colleagues’ or bosses’ points of view instead of critically engaging with problems.

He doesn’t have strong opinions of his own and will blow with the wind, making it tough to know for sure where you stand.

Another maladaptive behaviour (a behaviour that has been adopted but creates more problems than benefits) that is typical of Mr Tumbleweed is a tendency to procrastinate.

Studies show that people procrastinate because it is a coping technique that helps to delay stress. Procrastinators, in the process of sheltering themselves from what they need to deal with, start on an inward spiral towards paralysis and, in this way, create their own glass cage.

Mr Tumbleweed’s inability to make decisions can have a serious impact on your career. It can leave you stuck in a non-performing team, or the next step on the corporate ladder may be hidden from you due to his poor leadership. It is important to be aware of what feeds his inner tension so that you can protect yourself.

Remember that your Mr Tumbleweed manager is a potent cocktail of constant worry and the need to be liked. Take care so that your career isn’t blown in every direction along with his.

When it comes to Mr Tumbleweed, remember that fear is at the centre of the problem. Strategies to manage a Mr Tumbleweed will therefore typically require both a psychological and task-oriented approach.

On a psychological level, it’s important to try to identify what he is most worried about. Is it being wrong? Is it being embarrassed? Then in terms of the task at hand, you should try to drive the result you need.

You may feel resentful that you have to prop up Mr Tumbleweed, but the risk to your career if you do nothing is far greater than actively managing the situation.

The first secret strategy is to minimise the perceived difficulty of a task so that you can reduce his anxiety, whether it be a project he has to lead or a discussion he needs to have.

Don’t allow him to exaggerate the level of difficulty. Should he start to get wound up, interrupt him and remind him of the available information and/or past experience.

Summarise the facts to inject some objectivity back into his confused reality. Emphasise whatever silver lining there may be and outline simple stepping stones to reach a specific goal. This will make the possibility of success believable, which will leave him feeling less troubled so that he can focus on the first step.

If you are calm and caring, it will help to soothe his constantly fraying nerves. Avoid overt criticism and try to be empathetic and conversational.

Ask his opinion to show that you respect him, and summarise his answers to your questions to indicate that you have heard and understood them.

If you need to confront him about anything, do it in an open and nonthreatening way. Example: Your team is in the process of completing a large system enhancement that is due to a client in 10 days. Mr Tumbleweed is very jumpy and has convinced himself that the team won’t finish in time or do a good job.

Mr Tumbleweed: “There is still so much to do, and I don’t think we’re going to be able to deliver this in time! I haven’t even finished the presentation that is due to the client on Monday. I think we’ve chosen the wrong approach. Maybe we should rather… ”

Now minimise the perceived level of difficulty and inject some positivity with the following kind of response.

Team leader response: “I can understand why you’re feeling the pressure in the final days of the project, but you’ve led many projects like this in the past that have been a success. The team is also meeting all their daily output targets in the project plan that you initiated.

“Are there any specific areas where you have concerns that you’d like to discuss?” DM168

This is an edited excerpt from Impossible Bosses: Secret Strategies to Deal with 8 Archetypal Managers by Vivienne Lawack, Hanlie Lizette Wessels and Robert Craig, published by Jonathan Ball (R287).