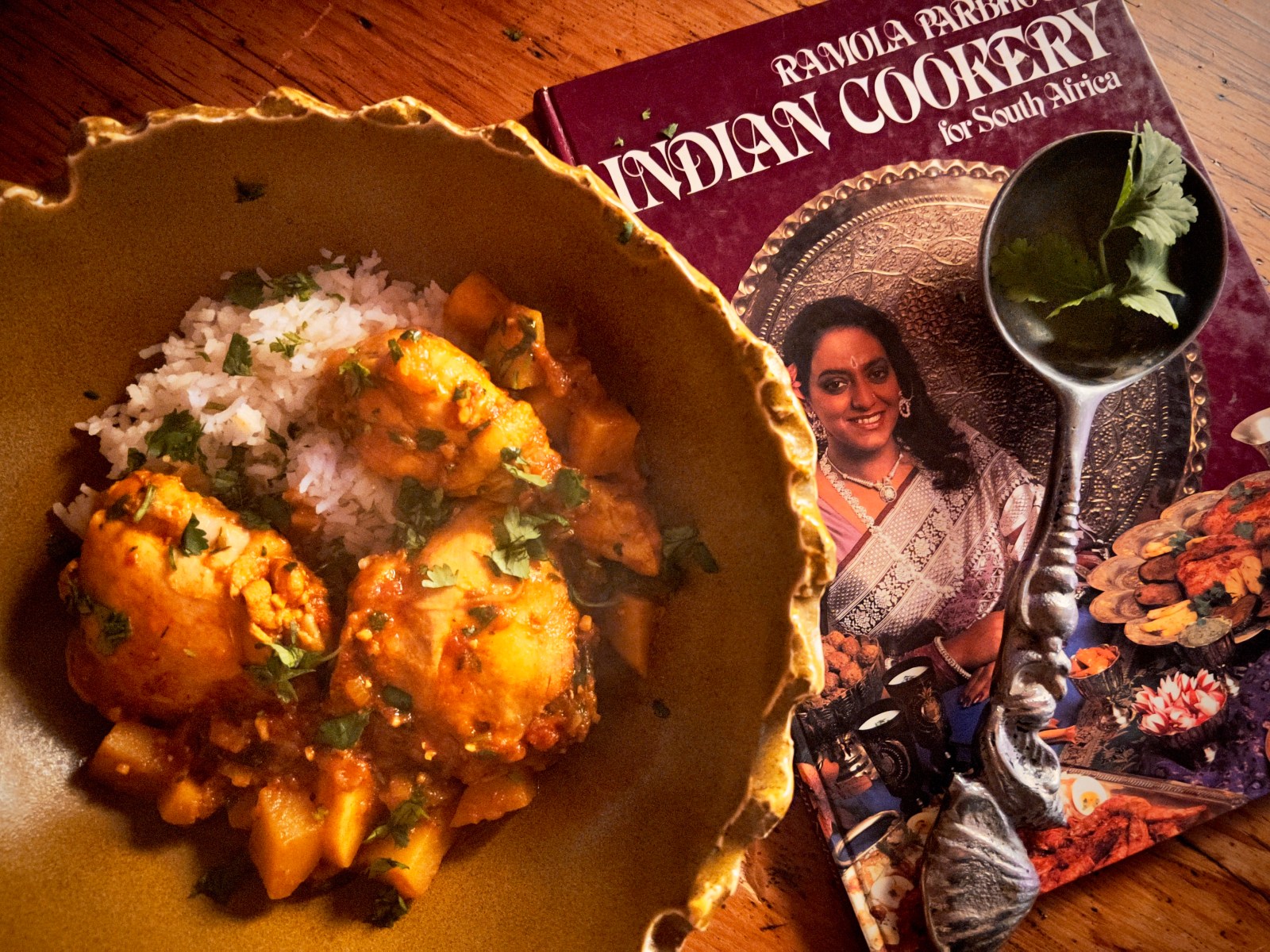 Ramola Parbhoo’s Indian Cookery for South Africa, first published in 1985, contains a delicious curry recipe that includes peeled and cubed gem squash. Just as life is too short to stuff a mushroom, it is also too short to peel a gem squash, as Lin Sampson explained last week with typically wry humour in her TGIFood column, so I pondered quartering the gem squash without peeling it. Then I picked up a gem squash and it was one of the softer ones, easy to peel. Gems are strange that way.

The chicken portions are first marinated for three hours, and the onions, potatoes and gem squash are braised in spiced oil before the curry is finally put together.

This is not Parbhoo’s recipe verbatim; I used considerably more masala, added star anise and adjusted some of the quantities of other spices.

8 chicken portions (such as thigh, wing, leg, chunks of breast)

2 gem squashes, peeled (or not) and diced

3 or 4 pieces of cassia bark

Mix the marinade ingredients and coat the chicken pieces in it. Leave to marinate for three hours.

Heat oil in a heavy pot and add the cloves, cardamom, star anise and cassia, simmering on a very low heat for about half a minute. Add the onions and cook, stirring, until they turn golden.

Add the chicken and 1 Tbsp masala and braise it gently for about 10 minutes, turning once or twice, then add the potatoes, gem squash and water to cover, and bring it to a gentle simmer. Let it cook slowly for half an hour.

Add the can of chopped tomatoes, stir, season with salt, and cook gently until the potatoes are tender. Stir in the chopped coriander stems just before you serve.