Waste is one of Joburg’s biggest environmental challe...

Waste is one of Joburg’s biggest environmental challenges, says councillor 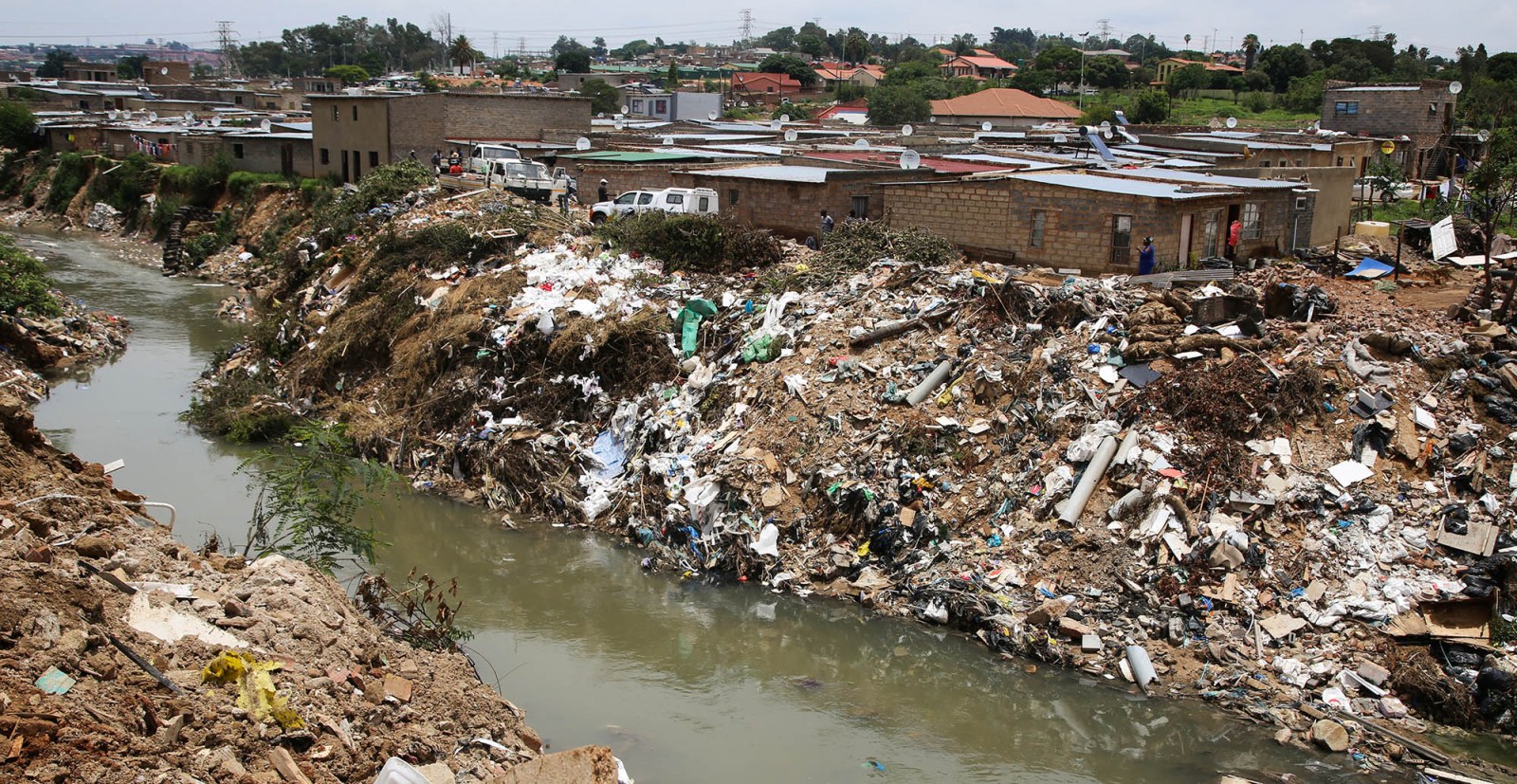 Rapid urbanisation has contributed a vast amount to the city’s growing waste problem. As the city expands, so does waste, while space for landfills shrinks. Councillor Michael Sun spoke to Daily Maverick about the city’s response to its waste management problem.

As the City of Johannesburg tries to cope with rapid urbanisation and development, one of the biggest threats this poses to the city’s environment is waste, Councillor Michael Sun, MMC for Environment and Infrastructure Services, told Daily Maverick.

Annually, the city generates about 1.4 million tonnes of domestic waste alone. Pikitup, the city’s waste collection and disposal service, collects about 6,000 tonnes of waste a day from formal and informal areas, as well as businesses.

“I think one of the biggest threats must be the waste… created within the city of Johannesburg. That’s one thing that we have not given a lot of focus. That is not to say that we haven’t been working on that,” Sun said.

Sun said the city was experiencing rapid urbanisation with about 3,000 to 5,000 new residents every month. Johannesburg has a population of about six million. As this number expands, so does waste generation while waste management capacity and space to dispose of the waste shrinks.

“[Increased urbanisation] results in increased consumption of products which, in turn, generates more waste. This is particularly because most consumables are currently designed on a linear model (the “take, make, waste” model) and not with circularity in mind,” De Kock said.

“Increased volumes of waste are more difficult to manage and contain which leads to increased leakage into the environment (the Hennops River and other urban rivers being a case in point),” she said.

“The refuse that is being generated far exceeds one single household, and all the waste is being currently taken straight from wherever they are to a landfill site. And this is excluding the illegal dumps being created. If you drive across Joburg, you see illegal dumping everywhere. So it’s really a hazard and a danger for our environment,” Sun said.

The councillor has encouraged residents to separate their waste and recycle to assist the city’s waste management efforts and reduce the amount of waste heading to landfill sites. He said the city was procuring a new landfill site as the current ones were rapidly reaching capacity.

As the city searches for alternatives to the expanding landfill sites, some development is in the pipeline. Sun said Johannesburg was making the best out of the situation through biogas generation (which provides about 3% of Johannesburg’s energy). De Kock said that while producing energy from landfills could assist with the municipality’s energy demand, methane was a greenhouse gas that needed to be managed carefully. Methane is 80% more potent in contributing to global heating than Co2 emissions over 20 years.

Recycling has also helped the city tackle its waste problem. Pikitup’s [email protected] programme kicked off in 2009 and is designed to encourage Joburg residents to separate recyclables and paper materials from general waste.

Pikitup is still seeking to charge R50 a month to higher-income residents for this service. Currently, the programme has been implemented in Norwood, Avalon and Midrand and has a goal of diverting 30% of recyclable waste from landfills.

As Pikitup broadens its services, this poses a threat to the about 8,000 informal waste pickers in Johannesburg, who play an important role in ensuring the city and South Africa save their landfill space and boost the circular economy.

De Kock said as the city extends its budget to expand waste management services, it should also collaborate with producers within the Extended Producer Responsibility Regulations to improve the [email protected] objectives.

“[Procuring a new landfill site] is not an ideal situation. We would preferably not want to put more rubbish into the ground. We need to preserve our environment for the future generations… we need to find an alternative solution and whilst we are doing that we are making the best of whatever waste has been generated,” Sun said. DM/OBP

Waste is one of Joburg’s biggest environmental challenges, says councillor