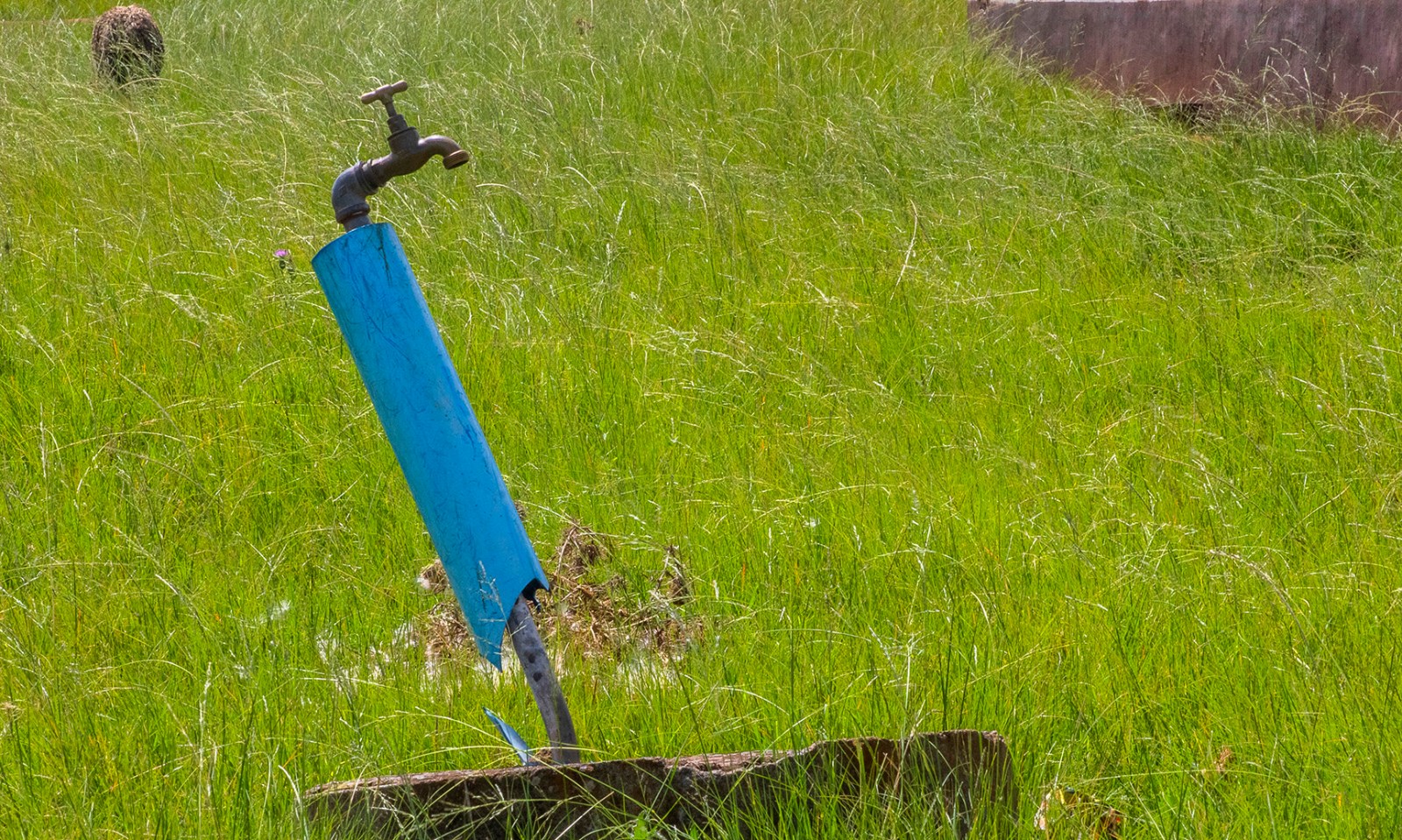 The community of Midros in Middelburg, Eastern Cape, was without water for 11 days after borehole pumps burnt out during load shedding. (Photo: Hoseya Jubase).

The people of Midros in Middelburg in the Eastern Cape have been without water for 11 days after crucial borehole pumps burnt out during load shedding on 25 June. It has taken the municipality until now to have some of the pumps fixed.

After close to two weeks of water outages caused by a load shedding-related burnout of borehole pumps, the Midros community in Middelburg began getting water out of their taps on Wednesday — 11 days after a bout of nationwide power cuts.

The water services authority for the area is the Chris Hani Municipality — an entity that received a rating of 35.6% for its handling of the region’s drinking water in the Blue Drop Report published earlier this year.

The MEC for Cooperative Governance, Xolile Nqatha, told the provincial legislature earlier this year that only 50% of demand in the town can be met by the boreholes. Coupled with load shedding, this led to a catastrophic water failure that lasted almost two weeks.

Bulelwa Ganyaza, from the Chris Hani District Municipality, confirmed that “constant electricity outages” in the area had caused four water pumps to burn out.

This left four boreholes in the area — Matjieskloof (two boreholes), Midros and Grootfontein — high and dry.

“The Chris Hani District Municipality dispatched a contractor on site and a full assessment was conducted to establish the extent of the damage on the four pumps. Water carting was provided to the area as temporary relief and this is still ongoing.”

“A contractor is still busy on site working on the third borehole in Midros.” Ganyaza said they were still waiting for equipment to fix the borehole at Grootfontein.

The ward councillor for Midros, Richard Jacobus, has lodged a complaint with the Human Rights Commission.

“Midros has been without water since Saturday, 25 June… The area only has one green water tank,” he said in his complaint.

Jacobus said there were a few thousand people living in the Midros area.

He said that when he called to find out why there wasn’t any water, he was told that the pumps had burnt out after load shedding. He said he was told on 26 June that a contractor had been appointed to repair the damage.

“For seven days (at the time of the letter to the Human Rights Commission), the community of Midros did not have water to wash clothes, clean themselves or use toilets. This is a serious human rights violation,” Jacobus said.

“If the Chris Hani District Municipality does not have the capacity or skills to service Middelburg’s water and sanitation needs, they must give this function back to our local municipality,” he said.

Residents with electrical expertise had offered to fix the pumps – but the offers were turned down, Jacobus said.

“People had to use wheelbarrows to go fill up their bottles with water at the green tanks,” he said. “This is an absolute nightmare… There are many old people living in this area.”

It is understood that the Midros borehole pump was fixed on Wednesday and that supply will be restored. However, the area was due to be load shed from 4pm to 8pm. DM/MC