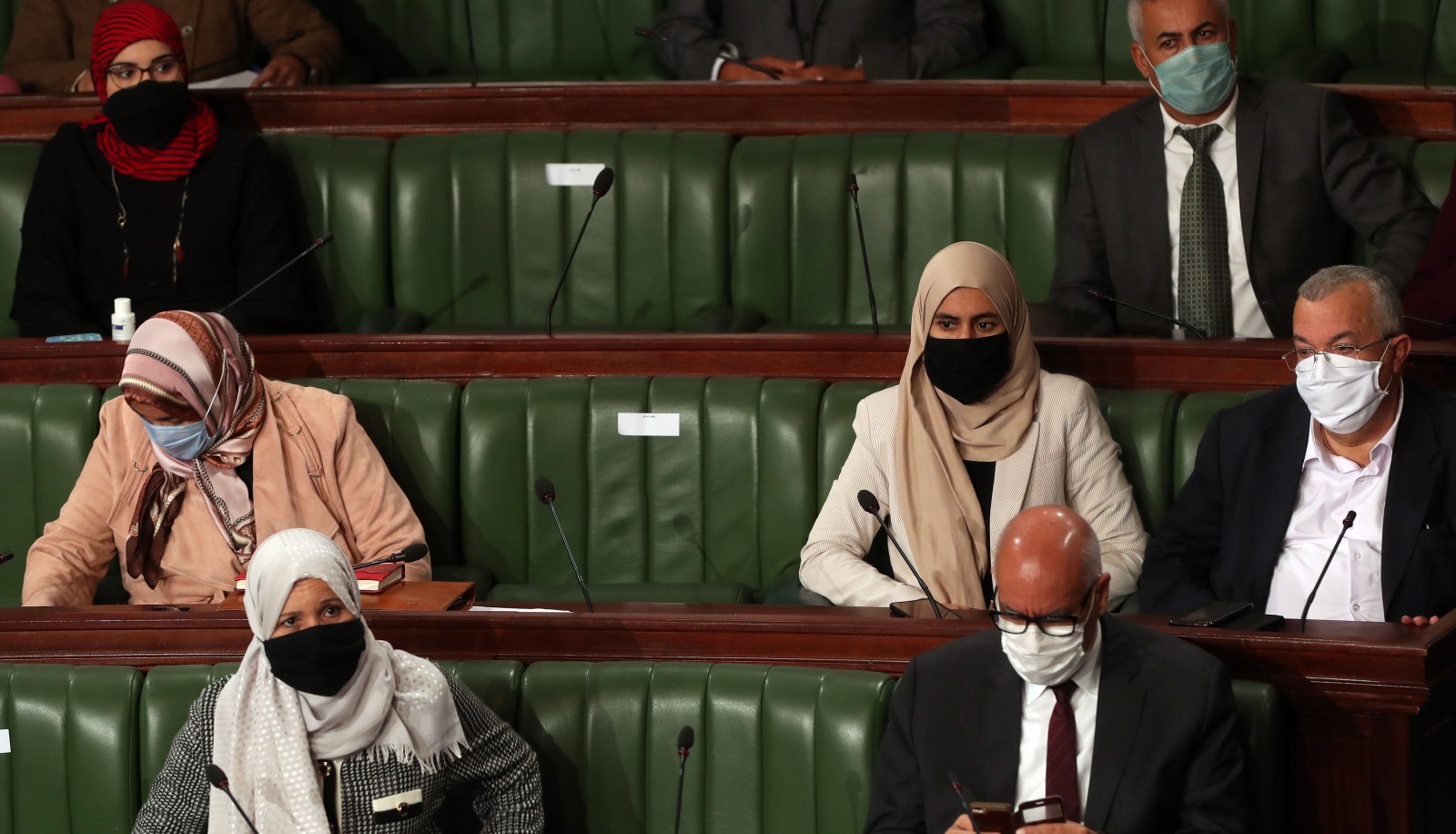 Parliamentary deputies attend a parliamentary plenary session to vote on the finance law for the 2021 financial year at the Assembly of the People's Representatives (ARP) in Tunis, Tunisia, 28 November 2020. Mechichi declared during his speech that the Coronavirus pandemic is not the only crisis Tunisia is facing. There is also a fairly difficult socio-economic crisis. There are no problems without solutions, and part of these solutions are presented in the budget bill for 2021. (Photo: EPA-EFE/Mohamed Messara)

Comprehensive anti-corruption reforms are needed to stem the outflows draining the country’s economy.

Tunisia loses about $1.2-billion annually to illicit financial flows (IFFs) — around 3% of the country’s gross domestic product. These outflows involve the illegal transfer of unlawfully earned money or capital from one country to another.

From 2008 to 2015, the Economic and Social Commission for Western Asia ranked Tunisia first for IFFs and eighth for corruption in the Middle East and North Africa. In 2015, illicit financial inflows made up $2.6-billion (11.4%), and outflows constituted $1.28-billion (5.6%) of Tunisian trade. More recent figures aren’t available — highlighting a major gap that needs Tunisia’s urgent attention.

The problem is likely much more extensive than available data suggests. According to the Financial Action Task Force, tax evasion and avoidance through misinvoicing and abusive transfer pricing account for over $500-million in lost revenue in Tunisia every year.

The Tax Justice Network argues that IFFs should include exploitative activities that may not involve lawbreaking, such as tax avoidance. The International Monetary Fund similarly says more attention should be paid to multinationals that use loopholes in tax codes to move money. Profit shifting, for example, involves corporations attributing their net profit or loss before tax to tax havens.

The proceeds of crime are also a substantial source of illegal income and financial outflows in the country. The smuggling of goods — from fuel and electronics to cooking oil and textiles — between Tunisia and its neighbours Algeria and Libya generates an estimated $2.4-billion and $1.8-billion, respectively. In 2019, the Tunisian Customs Agency seized smuggled merchandise worth $81-million. In 2017, around 30% of fuel sales in Tunisia were from the illicit market originating in Algeria.

Millions of Tunisians rely on such smuggling activities to make a living. However, the primary source of IFFs in Tunisia is government corruption at the highest levels.

In 2013, Lebanese banks returned $28.8-million in public funds to Tunisia that was stolen by the family of former president Zine El Abidine Ben Ali. Ben Ali fled to Saudi Arabia with his family in January 2011 after protests ended his 23-year rule. In 2017 it was estimated that $64-million in suspicious assets linked to Ben Ali and his entourage were still frozen in Swiss bank accounts.

During his time as president, Ben Ali and his clique eventually controlled over 21% of the profits generated by Tunisia’s private sector, accounting for over 87% of the country’s cumulative capital flight from 1970 to 2010.

Corruption and IFFs didn’t stop after the fall of Ben Ali. Other actors are now engaged in graft but with smaller financial gains. This widespread corruption is perceived to be endemic, affecting different strata of Tunisian society and compromising essential government institutions such as the judiciary and legislative departments, police force and customs.

The political party Ennahda (the Renaissance Party), co-founded by Rached Ghannouchi, the former Speaker of Tunisia’s Parliament, is also accused of graft. Corruption has become a destabilising force leading to the decay of the economy, politics and Tunisia’s security as a whole.

The loss of income through IFFs has a profoundly negative impact on Tunisia’s economy. Key sectors such as healthcare and education could be more efficient if they benefited from just a fraction of the millions lost annually to illicit outflows. The government could pay the salaries of 4,300 teachers for two years with just 10% of the IFFs suspected to be circulating in Tunisia.

Authorities are aware of the threat IFFs pose to Tunisia’s economic development. The Central Bank’s Financial Analysis Committee (CTAF) announced in 2018 that it had frozen approximately $70-million linked to suspected money laundering transactions.

In February 2021, the CTAF launched the Hannibal platform to identify and monitor national money laundering and financing of terrorism risks. However, despite its efforts, the CTAF lacks personnel to address the large number of reported fraudulent transactions in Tunisia. More officials should be recruited and trained to investigate and handle IFFs and provide regular data on the scale of the problem.

Due to the transnational nature of illicit financial flows, international cooperation is paramount. Foreign financial centres that have historically traded on secrecy and advised corrupt leaders on investing their illegal gains should help countries like Tunisia combat IFFs and recover public funds sent abroad.

Governments and central banks from world financial centres, such as London and Switzerland, must also share some responsibility. The role of developed countries in facilitating tax evasion has historically been overlooked.

A good practice example is that of Swagg Man, a Franco-Tunisian rapper convicted and jailed for money laundering in Tunisia in 2021. Switzerland sent the $5.6-million he laundered back to Tunisia to build a mosque and a centre for orphans. Swagg Man extorted around €1.5-million in 2019 and 2020, including from fans. He was freed in January this year but sentenced again in May to another three years for extortion amounting to over €2-million.

On paper, Tunisia has a comprehensive institutional framework to ensure accountability, integrity and transparency. But in practice, there is little to show for it. Tunisia’s authorities need to fully reform their approach to implementing anti-corruption policy. DM

This article was first published by Enact.