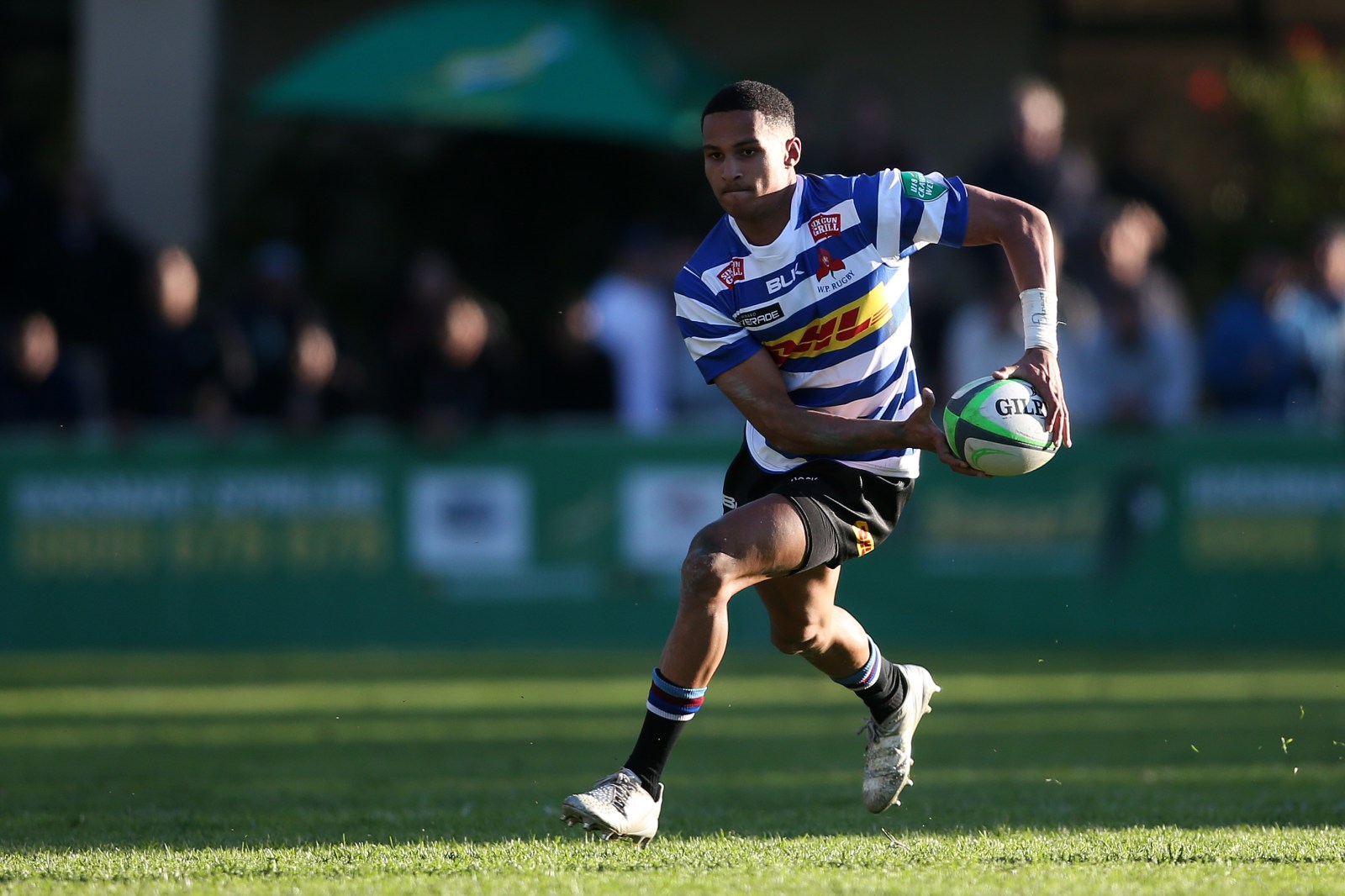 Day three of Craven Week was filled with competitive rugby at Rondebosch High School in Cape Town, as none of the junior provincial teams looked to be left behind heading into the business end.

After falling to Griquas on Monday, Eastern Province showed their mettle in the first match of the day on Wednesday to outplay Boland 25-12. Flyhalf Logan Muller was the star of the show as he scored in every way possible — a try, conversion, penalty goal and drop goal.

A highly entertaining second match saw Valke sneak a 34-28 victory over Griquas in a contest that saw the ball receive plenty of air time, with nine tries scored in total.

A first half filled with exciting running rugby, beautiful interplay and some shoddy defence saw six excellent tries scored as Border went into the break leading 28-14.

Excellent play by Border’s No. 8 and captain Sibabalwe Mahashe saw him unlocking his flank partner Michael Maseti for a try before he went over for two tries of his own.

Both teams changed tactics in the second half — playing more territorially. Western Province XV scrumhalf Haashim Pead eventually broke the second-half deadlock with a try in the corner to make things interesting.

However, Border flyhalf Kyle van Wyk restored parity with two excellent penalties to take the score to 34-24. WP XV touched down for a late consolation try with time up on the clock to add some respectability to the scoreline.

Battle of the coastal sides

In the match of the day, a high-quality affair took place between Western Province and the Sharks.

WP got on the scoreboard early with a converted try by lock Ben Heydenrych as the forwards got in their stride against the black-and-white machine of the Sharks. Then, a majestic set-piece attack from a scrum inside their own 22m line led to a line break by fullback Kyle Smith who drew in the final defender and passed to winger Jameel de Jongh, who went over untouched for another score.

Trailing 12-0 and needing something special, Sharks fullback Sphakanyiswa Ngcobo created a moment of magic by counter attacking – from a wayward Province kick – from his own 22m line and breaking straight through the middle of WP’s defensive line.

Steaming down the middle with no immediate support, Ngcobo then had the vision to spot Litelihle Bester running down the wing. Ngcobo wasted no time to put a kick through which centre Bester latched on to before dotting down under the posts to secure the Sharks’ first points in breathtaking fashion.

WP struck back immediately with a team try finished off by Jean Mars in the corner. With time up in the first half, the Sharks kept the ball alive and surged towards the Province tryline. Bester beat two defenders before knocking the ball back in contact. Scrumhalf Andries Knoetze reacted quickest to snatch the ball up and score. The score was 19-14 in favour of Western Province at halftime.

“The pressure was there in the first half, I’m not gonna lie, but my team kept resilience and composure all the way and that’s how we got the result,” WP captain Matthew Fick told Daily Maverick after the match.

The Sharks side scored the first points of the second stanza through the boot of scrumhalf Knoetze who put a penalty between the sticks.

It was then time for the Shah-Jehaan de Jong show. The Province outside centre faked a ridiculous dummy pass and showed his pace to score in the left-hand corner. Minutes later, the star centre did the same in the right-hand corner of the field, this time showing his strength too, carrying a defender over the tryline with him.

“I just know when I get the ball I just want to run. If it wasn’t for the people around me [those two tries] wouldn’t have happened,” said De Jong.

The match was all but wrapped up at that point as there was no way through the nearly impenetrable Province defence in the second half as they beat their coastal rivals 29-24. DM