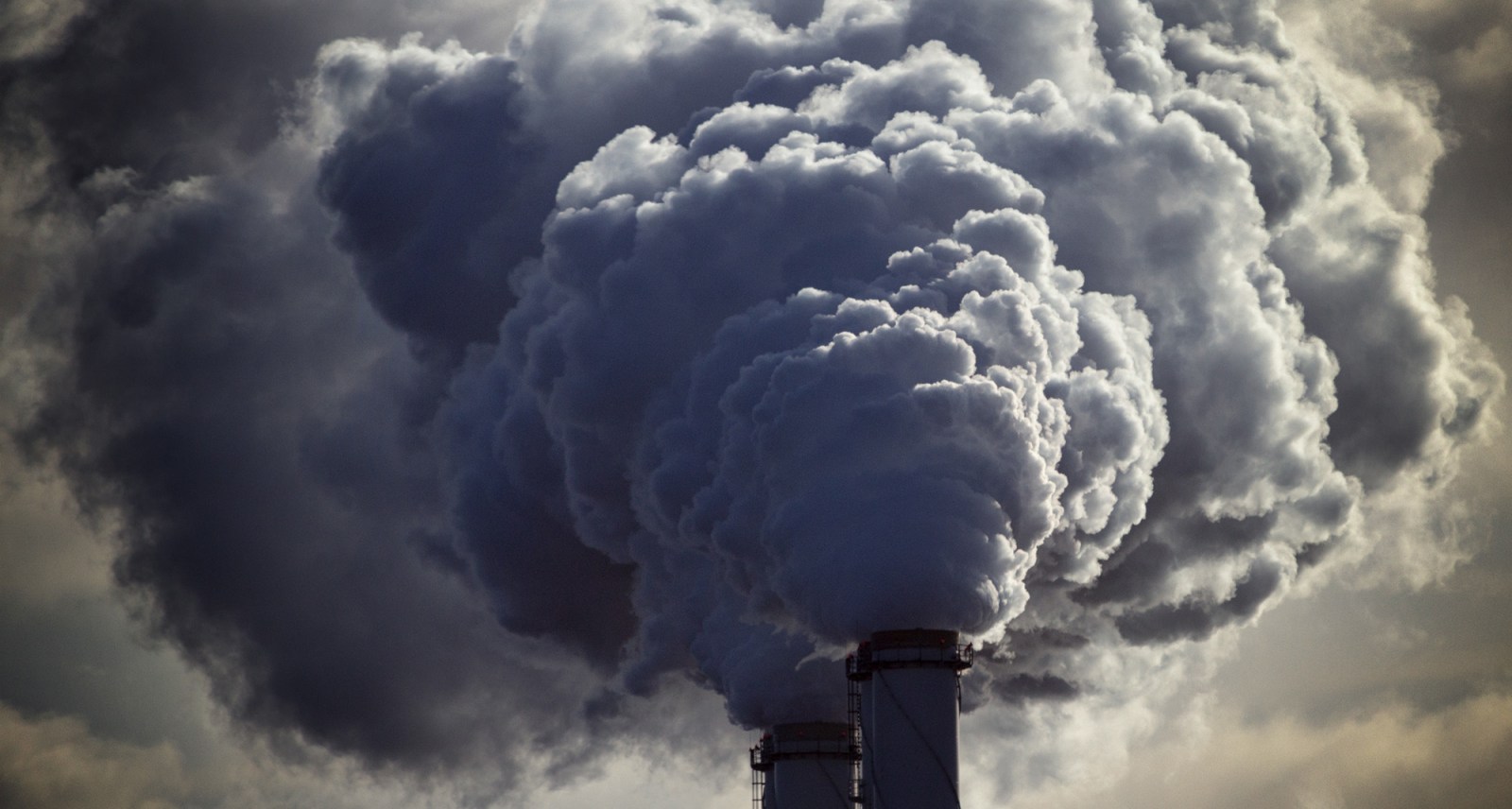 The IMF highlighted the findings in its recent 'Chart of the Week', and climate activists and the wider public will find them alarming.

Global greenhouse gas (GHG) emissions hit a record high in 2021, according to the Climate Change Dashboard of the International Monetary Fund (IMF). GHG emissions slumped in 2020 in the face of the economic meltdown triggered by the Covid-19 pandemic and the lockdowns to contain it. But fossil fuels have got a new lease of life, it seems.

“Emissions of carbon dioxide and other greenhouse gases plunged 4.6% in 2020, as lockdowns in the first half of the year restricted global mobility and hampered economic activity. Many hoped that this would mark the beginning of a more permanent shift downwards in emissions,” the IMF said.

Such hopes have proven to be premature.

The data were compiled by the IMF’s Climate Change Dashboard, a joint effort among statistical organisations worldwide. 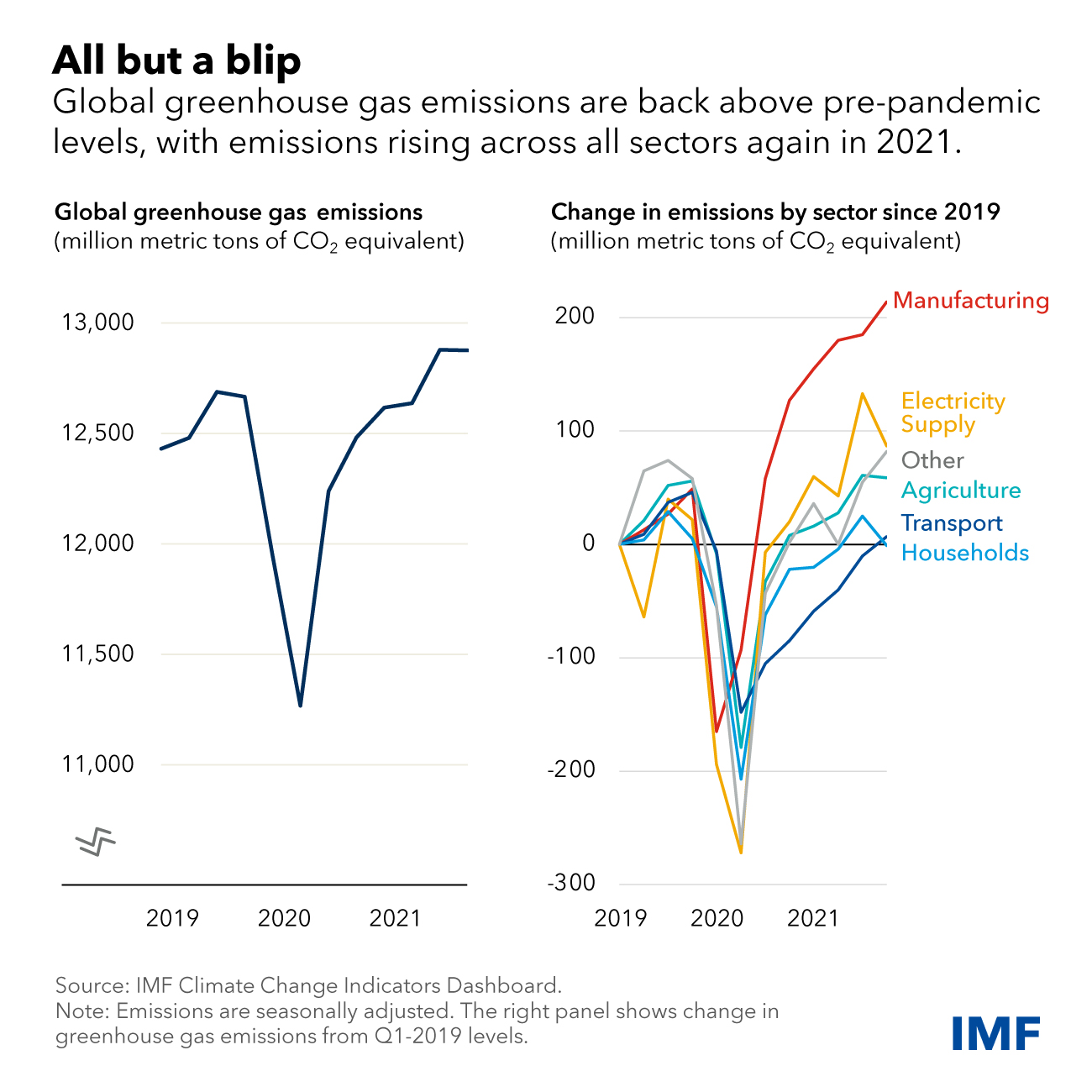 The manufacturing and energy sectors were the key drivers behind the rise in emissions, while increases linked to transport and household were still constrained by the pandemic, notably the emergence of the Omicron variant late last year.

A couple of things stand out from this reversal, and they don’t bode well for efforts to reduce the emissions that the majority of scientific opinion attribute to a rapidly changing climate and extreme weather events.

The first is that the only way to sharply and immediately curtail emissions currently, it seems, is to have a contracting economy and a falling standard of living — a state of affairs unlikely to win much public or political support.

When the worldwide economy was sinking, carbon emissions were slashed. There are historical precedents for this scenario: it happened, for example, across much of the former Soviet Union and eastern Europe in the 1990s.

The fact that GHG emissions hit a record last year underlines the painful point that the global economy remains highly reliant on fossil fuels – indeed, too reliant to make a meaningful dent in the unfolding climate apocalypse. Surging oil and coal prices have not just been a consequence of Russia’s invasion of Ukraine. Demand pressures have also been playing a role.

The IMF dashboard did not have a 2021 update for South Africa’s emissions, but there was obviously a substantial decline in 2020 when the economy tanked. The Department of Forestry, Fisheries and the Environment said it would respond to a query on the issue, but had not by the time of publication.

The current wave of crippling load shedding has one silver lining: GHG emissions should be in decline as a result. But it also almost certainly means that the economy is contracting again, which in turn means that poverty and unemployment are on the rise.

It’s a vicious cycle, but at least the price of renewable energy sources has maintained a downward trajectory, so everywhere, including in South Africa, there should be a renewed sense of urgency to push the energy transition. There seems little prospect of that in South Africa, where policy inertia and fossil fuel fandom remain the order of the day.

The sixth bid window under the Renewable Energy Independent Power Producer Procurement Programme is under way, but don’t hold your breath. The Department of Mineral Resources and Energy has a conference on Thursday to engage with stakeholders and potential bidders on the issue.

“The new data from the climate dashboard underscore what some scientists have warned: time is running out,” the IMF — which is hardly Greenpeace — ominously noted. DM/BM/OBP