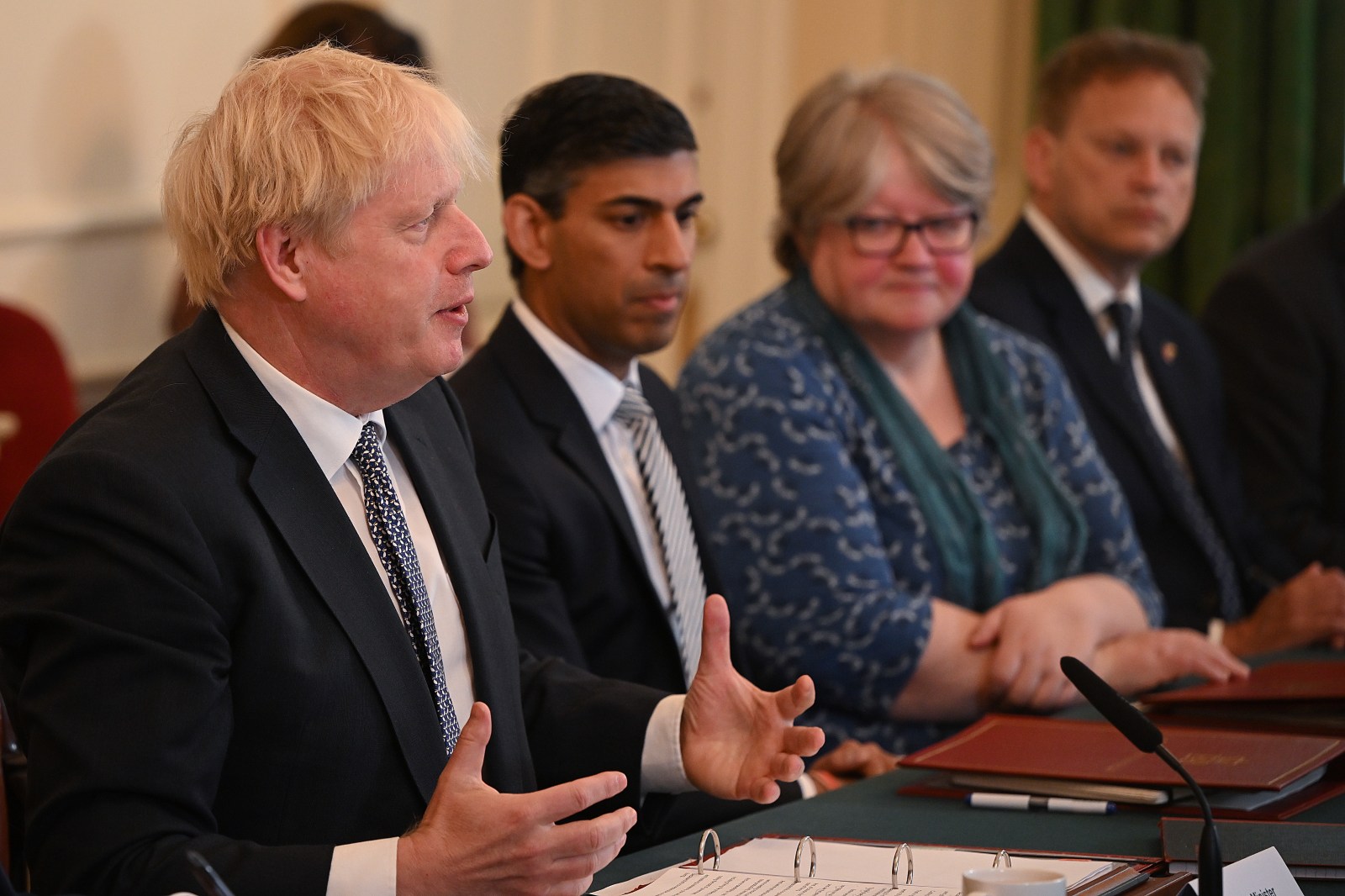 The dramatic developments came on another febrile day in Westminster, with Johnson again facing intense pressure over his conduct in office.

Two of the most senior members of Boris Johnson’s government quit in quick succession on Tuesday, putting the UK prime minister in grave political danger after months of scandals eroded his authority.

Chancellor of the Exchequer Rishi Sunak said in his resignation letter that “we cannot continue like this”, while Health Secretary Sajid Javid told Johnson he’s lost confidence in him.

“The public rightly expect government to be conducted properly, competently and seriously,” Sunak wrote. “I believe these standards are worth fighting for and that is why I am resigning.”

The dramatic developments came on another febrile day in Westminster, with Johnson again facing intense pressure over his conduct in office. Anger in his Conservative Party has been building over a series of missteps, including becoming the first sitting premier found to have broken the law when he was fined over the illegal parties in Downing Street during the pandemic.

The latest row was triggered last week when Tory MP Chris Pincher resigned as a government whip, or political enforcer, following newspaper allegations he had groped two men. That was damaging to Johnson, who promoted Pincher to the role in a bid to bolster his own faltering support.

But the crisis deepened when more allegations against Pincher emerged over the weekend, and Downing Street was forced to change its position about exactly what Johnson knew and when.

The resignations of Sunak and Javid came just as Johnson was acknowledging in a televised address that he had made a “mistake” in promoting Pincher in February — two years after being told of a complaint against him.

While Pincher has denied allegations of specific incidents, he said in his resignation letter he had “embarrassed” himself and “caused upset” to others. He and his office haven’t replied to repeated requests for comment.

“I think it was a mistake and I apologise for it,” Johnson said of Pincher’s promotion. “In hindsight, it was the wrong thing to do. I want to make absolutely clear that there’s no place in this government for anybody who is predatory or who abuses their position of power.”

Sunak’s departure comes at a critical time for the UK economy, with households in the grip of the worst cost of living crisis for a generation and strikes breaking out across the travel industry.

Two of Johnson’s signature policies also have struggled. Six years since he successfully urged Britons to vote to leave the European Union, the economic arguments for doing so have failed to bear fruit. He also made “levelling up” the country his defining economic agenda, but failed to draw up a coherent set of policies to carry it out beyond long-established infrastructure investment.

It’s perhaps not surprising Sunak and Javid jumped together. Both enjoyed lucrative careers in investment banking before entering politics. After Javid resigned as chancellor in 2020, he tweeted about his successor, a fellow Star Wars fan: “The Force is strong in young Sunak.” Sunak, previously Javid’s number two at the Treasury, called Javid a “Jedi Master”.

Rebels in the Conservative Party had been calling on senior cabinet ministers to take matters into their own hands after narrowly failing to oust Johnson in a confidence vote just last month. That, in theory, had left Johnson safe from a leadership challenge for 12 months.

But in reality, prime ministers rely on the support of their cabinet, and the resignation of two of the most senior members will be a devastating blow to Johnson. Much depends on whether there are more resignations, which could quickly make his position untenable.

Announcing replacements for Sunak and Javid will be part of a plan to try to shift the narrative.

“Chancellors do resign, but it doesn’t necessarily have an effect on government,” Rees-Mogg said in an interview on Sky News, as Johnson’s allies tried to fight back. “Losing chancellors is something that happens.”

Still, there were early signs the resignations have further galvanised the rebels — and expanded their ranks. Jonathan Gullis, one of Johnson’s most vocal supporters in the House of Commons, resigned as a ministerial aide late on Tuesday.

“I have been a member of the Conservative Party my entire adult life,” Gullis said in his resignation letter. “For too long we have been more focused on dealing with our reputational damage rather than delivering for the people of this country.” DM

— With assistance from Philip Aldrick and Andrew Atkinson.