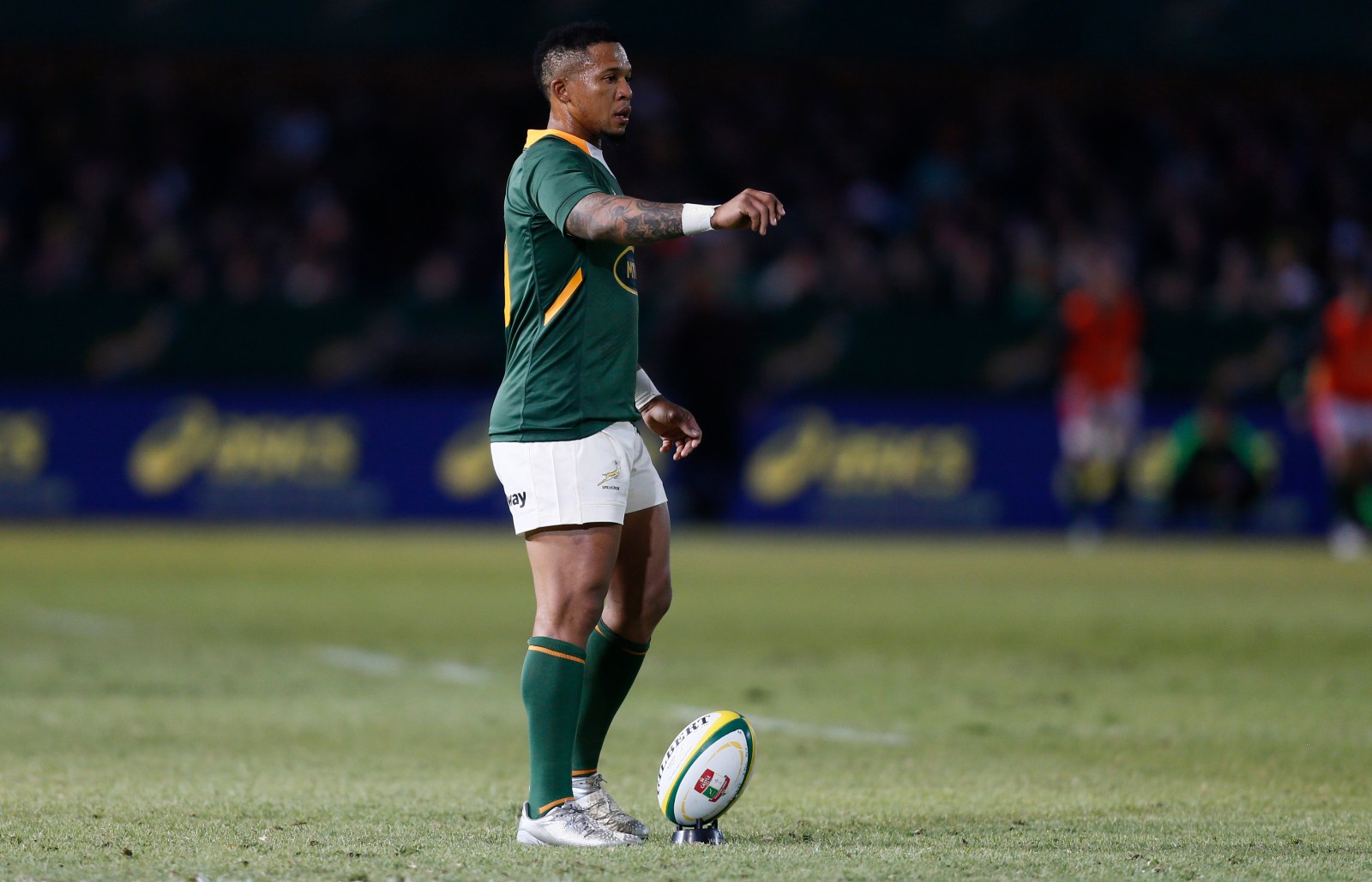 Springbok coach Jacques Nienaber sprung to the defence of Elton Jantjies after his poor first half in the first Test against Wales, but the coach has a conundrum.

Shortly after the final whistle of South Africa’s come-from-behind 32-29 win over Wales in the first Test at Loftus on Saturday, coach Jacques Nienaber was asked about flyhalf Elton Jantjies’s performance.

To recap: Jantjies missed two routine kicks at goal, he sprayed contestable kicks too deep, or too short, he missed a crucial touch finder from a penalty and he made a hash of clearing a long Wales lineout that led to their second try. In short, it was a disastrous 40 minutes from a player in the most crucial position on the field.

Also to recap: Jantjies had only played about 30 minutes of rugby in 2022 because of a shoulder injury – and that was in the Japanese club game, and he had just a few weeks before been arrested for damaging property on an Emirates flight.

That incident, in which he was alleged to have damaged a television screen and a toilet door on the flight, required a court appearance and several interviews and legal consultations.

The charges have been “provisionally dropped”, which suggests the incident might not be fully behind him. It was against this backdrop he was chosen to start the first Test against Wales. It’s no wonder he struggled.

Nienaber therefore, understandably refused to chuck the player under the bus in the post-match questioning by the media.

After all, Jantjies didn’t select himself to start a match with half-an-hour of rugby to his name in the past six months and some rather worrying off-field issues percolating in the background.

Nienaber bristled though, when asked if hooking Jantjies after 40 minutes with the Boks 18-3 down was always part of the plan, or a response to the flyhalf’s disappointing performance.

It seemed obvious to everyone watching that the coach did the sensible thing, acknowledged that the flyhalf was having an off day, and did what coaches are supposed to do – came up with a solution.

Read in Daily Maverick: “Boks under pressure to provide much-needed tonic for the nation through Wales Test at Loftus”

Nienaber moved fullback Damian Willemse to flyhalf and brought on Willie le Roux at the start of the second half. The move worked superbly, with Willemse continuing his excellent United Rugby Championship form by producing a coming-of-age performance at Test level. Le Roux was equally impressive.

“The plan is that you take a guy off when you feel he has given everything,” Nienaber said.

“Sometimes we sub a guy at 32 minutes – we have done that before. We have subbed guys at 38 minutes. Once we feel they have done their job and what we wanted to see, then we sub them and put someone else on.

“You must take performance into account – he hasn’t played any rugby and playing against Wales, we said we are playing a good side. And hats off to Wales. We thought it was going to be like that and it is always like that when we play them.

“It was good, he got through 40 minutes, and he will be better next week “The only exposure he had for the better part of the year was training, so we needed to get him some games and it was always going to take some time for a guy who has been out for a while.

“Fortunately for us, he got 40 minutes under the belt, but even if you train guys as much as you want and put them into contact sessions, there’s no pressure there. It was good for us to expose him to Test rugby.”

How does Jantjies fit in now?

Willemse’s star turn after halftime at flyhalf, and Handre Pollard’s selection availability for this week’s second Test, creates a conundrum. What does the coach do with Jantjies?

If we are to believe that the 40 minutes Jantjies played at Loftus, and his halftime substitution, was all part of a plan and had nothing to do with performance, then it will be interesting to see how the rest of the plan unfolds.

If Jantjies isn’t selected this week, then the coach is asking the rugby public to believe that 40 minutes is all he needed to prove his readiness for Test rugby.

If he is selected again, it means either a fit Pollard (the undisputed first-choice flyhalf for five years) or an in-form and confident Willemse will miss out, assuming the Boks retain a six/two split between forwards and backs for the bench. It will be hard to justify that call based on performance.

But we are being asked to accept that performance was not a factor in how last week’s changes unfolded and that Jantjies had given his all in 40 minutes and could not continue.

It was an insult to fans, who support and respect the Bok team. No one demands perfection, but they do expect honesty. Denying what everyone saw, on the back of a collectively mediocre performance, was not a good way to start 2022. DM