Teacher assaulted by learner given go-ahead to sue educ... 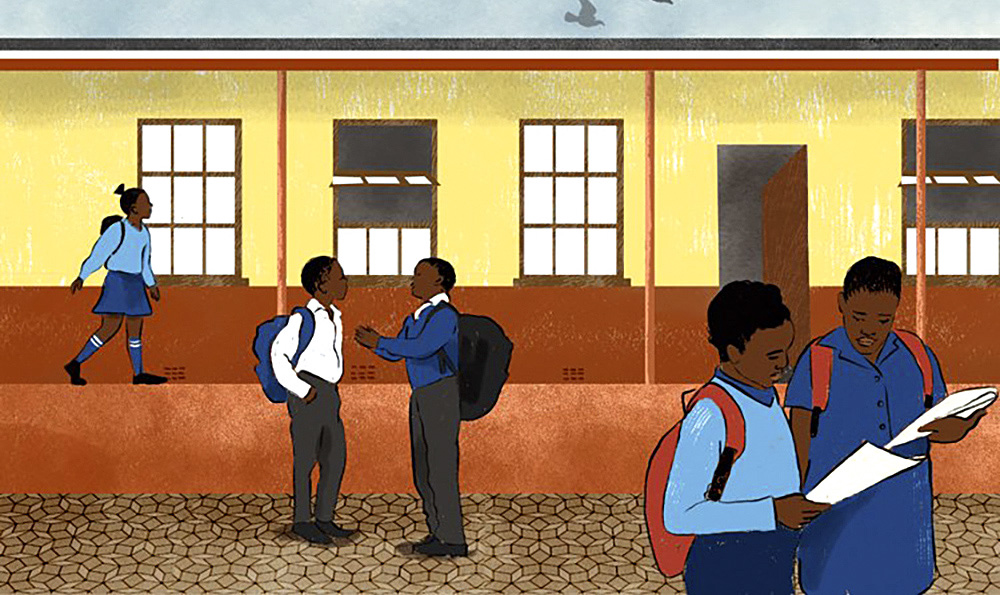 A widely circulated video showed Richard Prinsloo, a teacher, being assaulted by a learner. Judge Takalani Ratshibvumo has ruled that Prinsloo can sue the education department. (Illustration: Lisa Nelson)

He claims the department had a duty to protect him and to support him after the attack.

A court ruling has paved the way for a teacher to sue the Mpumalanga Department of Education for R8-million for loss of earnings and damages after he was attacked in his classroom by a learner.

The incident occurred at Bergvlam High School in Mbombela in March 2018. Richard Prinsloo had been teaching for 25 years. He suffered fractured ribs and injuries to his head and his eyes. He resigned, citing post-traumatic stress disorder.

A video of the incident was aired on a local television news channel, showing the grade-10 learner repeatedly punching Prinsloo before being restrained by fellow learners.

The incident was said to have been sparked by remarks Prinsloo made to the learner regarding his mother who had recently died in a car accident.

While Prinsloo laid a charge against the learner, this was later withdrawn by a magistrate who directed that the learner continue seeing a psychologist and attend a National Institute for Crime Prevention and the Reintegration of Offenders (Nicro) anger management programme.

Prinsloo said the department had a duty to protect him and to give him support after the attack.

The department raised preliminary objections saying the case should not proceed because it had little prospect of success and Prinsloo had not timeously issued a notice required in law that a party intends to sue an organ of state.

The department also took the view that Prinsloo should claim under the Compensation for Occupational Injuries and Diseases Act (Coida) because the injuries arose “out of and in the scope” of his employment.

Regarding the late filing of the notice, the judge said Prinsloo had explained that he was not aware of this legal provision at the time, had to raise funds to instruct attorneys to lodge his claim, and was preoccupied with a disciplinary hearing at that time. (Parents had lodged complaints about his behaviour.)

Regarding the Compensation Act, the judge said Prinsloo was not a “boxing coach”.

“The motive of the learner in attacking him is irrelevant … The question rightly to be asked is whether the act causing the injury was a risk incidental to his employment. I am unable to see how an assault on a teacher on duty at school arises out of his employment … I cannot conceive of the risk of assault being incidental to teaching.”

Judge Ratshibvumo referred to another case in which a court had awarded damages in excess of R1.1-million to a teacher who was bludgeoned with a hammer by a learner in full view of others in the classroom, noting that Prinsloo had good prospects of success in his claim.

He ordered the department to pay Prinsloo’s legal costs for the application.

The main matter will now be set down for hearing. DM

Editor note: We have not included the judgment as it names the learner.