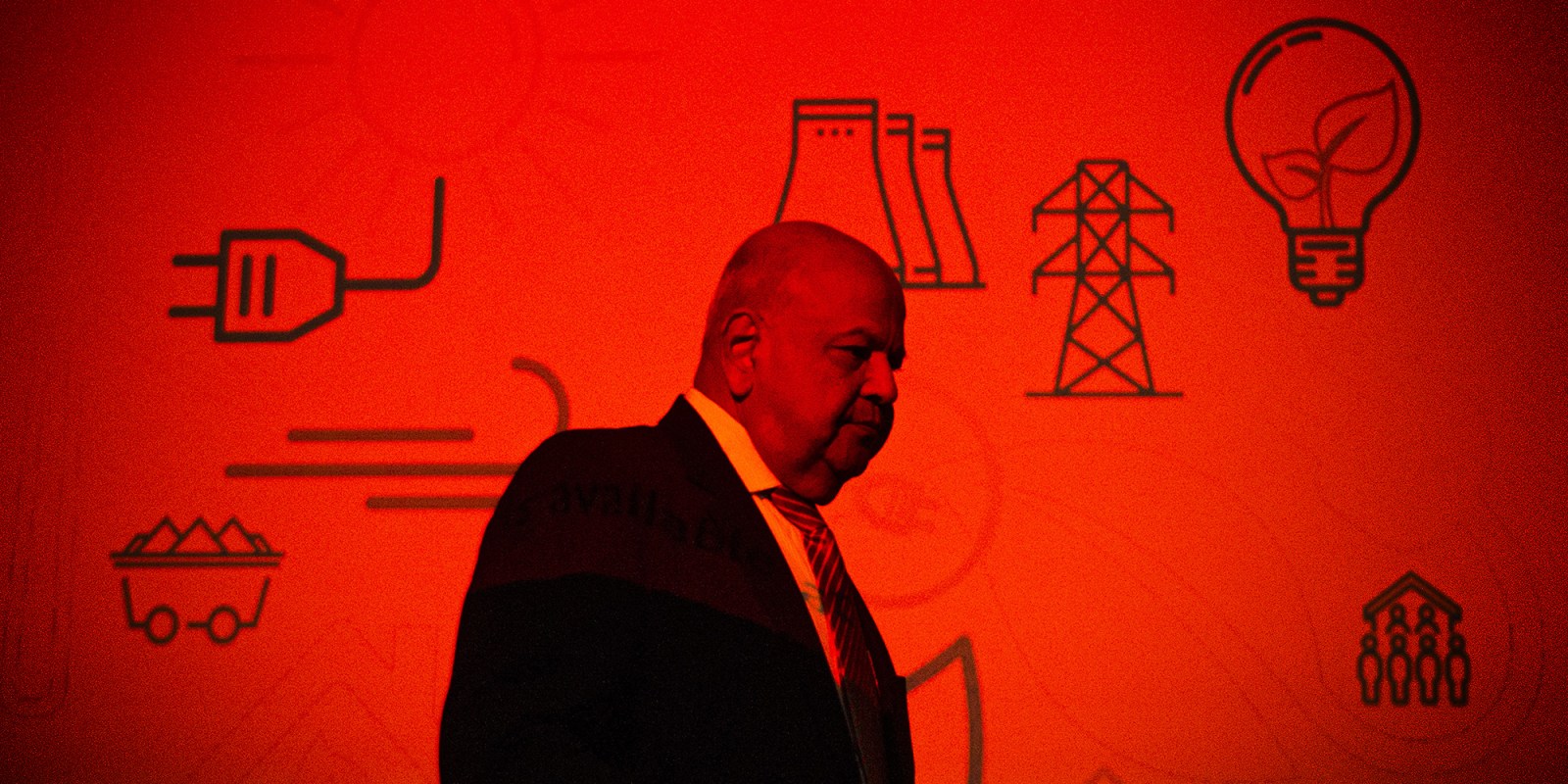 The ANC’s National Executive Committee (NEC) sat for a virtual meeting on Monday in which a number of key issues were discussed – including Eskom and its inability to keep the lights on.

Conversations around load shedding and Eskom took place on Monday during the ANC’s NEC meeting, where Public Enterprises Minister Pravin Gordhan explained the weaknesses within the power utility.

Daily Maverick understands that Gordhan specifically said there is a skills shortage at Eskom and that a plan was needed to upskill current operators and find more experienced technical staff.

Gordhan is said to have revealed that previous Eskom bosses have reached out to offer their help in finding seasoned technicians with up to 30 years’ experience.

These former Eskom heads – whose names were not mentioned in the meeting – are believed to be reaching out to former power station managers who are well versed in the operations of the company. They are expected to give feedback this week.

Gordhan suggested that experts be brought in to provide some kind of  mentorship to the workforce to allow them to learn how to perform key competencies.

During his presentation, Gordhan highlighted a need for the operational side of management to be strengthened so that maintenance work can be improved.

The minister said the utility was investigating the small-scale supply of megawatts through gas turbines and other smaller apparatus as one of the short-term solutions.

More experts are expected to be brought in to ensure that the quality of coal supplied to Eskom is up to standard so that it does not hamper electricity supply.

Longer-term solutions would see the introduction of independent power producers and municipalities finding their own means to supply residents with power.

However, only two municipalities – City of Cape Town and Stellenbosch – have sent through applications to do so.

Read in Daily Maverick: How the City of Cape Town managed to avoid Stage 6 load shedding thanks to hydroelectric scheme

ANC president Cyril Ramaphosa is said to have told the NEC in his opening remarks that decisive action needs to be taken to solve the load shedding crisis, and that it was time for government to look beyond Eskom to find viable solutions.

Daily Maverick understands that Ramaphosa was concerned about the backlash the party has faced following the rolling blackouts. He said South Africans need reassurance that plans put in place to curb load shedding would actually materialise.

Ramaphosa said this week’s Cabinet meeting would focus on looking at solutions to the power crisis.

The president is said to have also addressed the issue of inexperienced management. He suggested an attempt to find people with requisite skills to deal with the crisis, even if it means tracking down experts in other countries to come in and help.

What does President @CyrilRamaphosa has to say and do about the power crisis? Is he waiting for his Monday newsletter to update us? This loadshedding is causing massive damage to our economy and country and @GovernmentZA needs to wake up! @Eskom_SA

South Africans have been hit by Stage 6 blackouts in recent days, leaving them without power for hours at a stretch.

While ageing infrastructure continues to be the main reason for the power outages, strike action by Eskom workers has also put a severe strain on the utility’s operations.

Wage talks have been under way and Eskom has made an offer with a proposed draft agreement.

On Friday, Numsa secretary-general Irvin Jim said in a statement that they would meet with Eskom management on Tuesday to give feedback in the central bargaining forum.

“We understand that the entire country is watching these talks with keen interest because resolving this is in the public interest, and there is a lot of pressure for us to give a response right away.

“However, we ask for the public’s patience because we are a worker-controlled union. We have a duty to consult members first, before we give a formal response to Eskom,” Jim said.

Eskom indicated that Stage 6 load shedding would be implemented on Monday afternoon, with varying stages kicking in during the week.

“As the generation capacity shortages persist over the next few weeks, load shedding will continue to be implemented at various stages,” Eskom said in a statement.

“Eskom cautions the public that it will still take a few weeks for the generation system to fully recover to pre-strike levels.

“Depending on several possibilities – including the workforce fully returning to work to conduct much-needed repairs to equipment – it is anticipated that load shedding will gradually be lowered to Stage 2 by next weekend.” DM