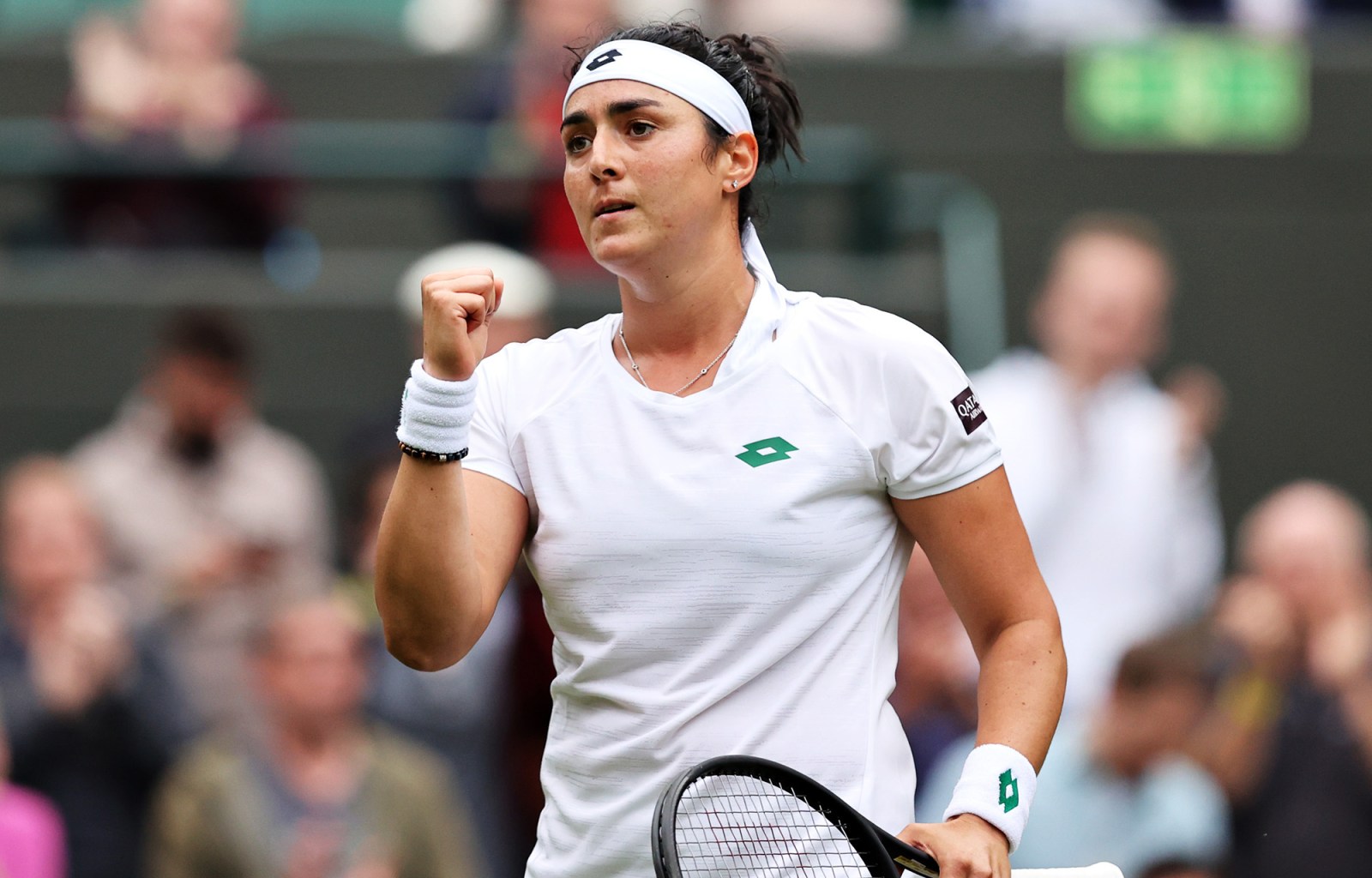 Ons Jabeur of Tunisia celebrates winning her second-round match against Venus Williams of the US on day three of Wimbledon on 30 June 2021. (Photo: Clive Brunskill/Getty Images)

With Wimbledon fast drawing to its business end, hopefuls for glory at the All England Club are stepping up their pursuit of glory on grass.

Ons Jabeur’s hopes of becoming the first African to Wimbledon’s Rosewater Dish remained a reality as she edged out Belgian Elise Mertens 7-6(9), 6-4 in a topsy-turvy encounter to reach the quarterfinals at the All England Club for the second year running.

The second-ranked Tunisian, the only seed left in the bottom half of the women’s draw, has been the form player over the opening week of the grasscourt championship as she reached the last eight without dropping a set.

The 27-year-old came into the tournament already flying high following a season that has seen her surge to that career-high ranking of No 2 in the world, thanks in part to titles at the Madrid Masters and last month in Birmingham.

After the early exits of the two top seeds, Iga Swiatek and Anett Kontaveit, Jabeur knows she has a target on her back. But the Tunisian said she would stop at nothing to ensure she lifts the most famous accolade in women’s tennis come Saturday.

“It’s never easy to play anyone during a Grand Slam. Especially with my position, everybody wants to grab the win,” she said.

“I have my goals very high for this tournament … no matter who’s coming, I’m going to build the fight, I’m going to fight until the end because I really want the title.”

The Tunisian will next lock horns with 66th-ranked Czech challenger Marie Bouzkova as she targets a place in the semifinals of a Grand Slam for the first time.

Meanwhile, debutant Harmony Tan, who ousted Serena Williams in the first round, continued her fairy-tale run with a 6-1, 6-1 demolition of local favourite Katie Boulter. The Frenchwoman next faces American Amanda Anisimova.

The future is bright?

Jannik Sinner and Carlos Alcaraz showed on Sunday that men’s tennis will be in good hands when the ‘Big Three’ finally step aside and the young guns hoped their thrilling fourth-round clash at Wimbledon marks the start of a Grand Slam rivalry.

Italy’s 20-year-old Sinner reached the quarterfinals at Wimbledon for the first time with a 6-1, 6-4, 6-7(8), 6-3 win over 19-year-old Alcaraz as the two youngest players left in the men’s draw gave Centre Court a glimpse of the future.

When asked if the two friends could share a rivalry akin to greats Roger Federer and Rafael Nadal, Sinner said: “Hopefully, this is going to be the case… I think what we showed today, it’s a great level of tennis, great attitude from both of us.”

There will be no better test for the level that Sinner must raise game up to if he has realistic hopes of reaching the level of those aforementioned greats, than a clash against one of them — Novak Djokovic.

Chasing a fourth straight Wimbledon crown and seventh overall at the grasscourt major, Djokovic is now unbeaten on the manicured lawns of the All England Club since retiring due to an elbow injury against Tomas Berdych in the 2017 quarterfinals.

The two will face off against each other in the quarterfinal on Tuesday. DM/Reuters