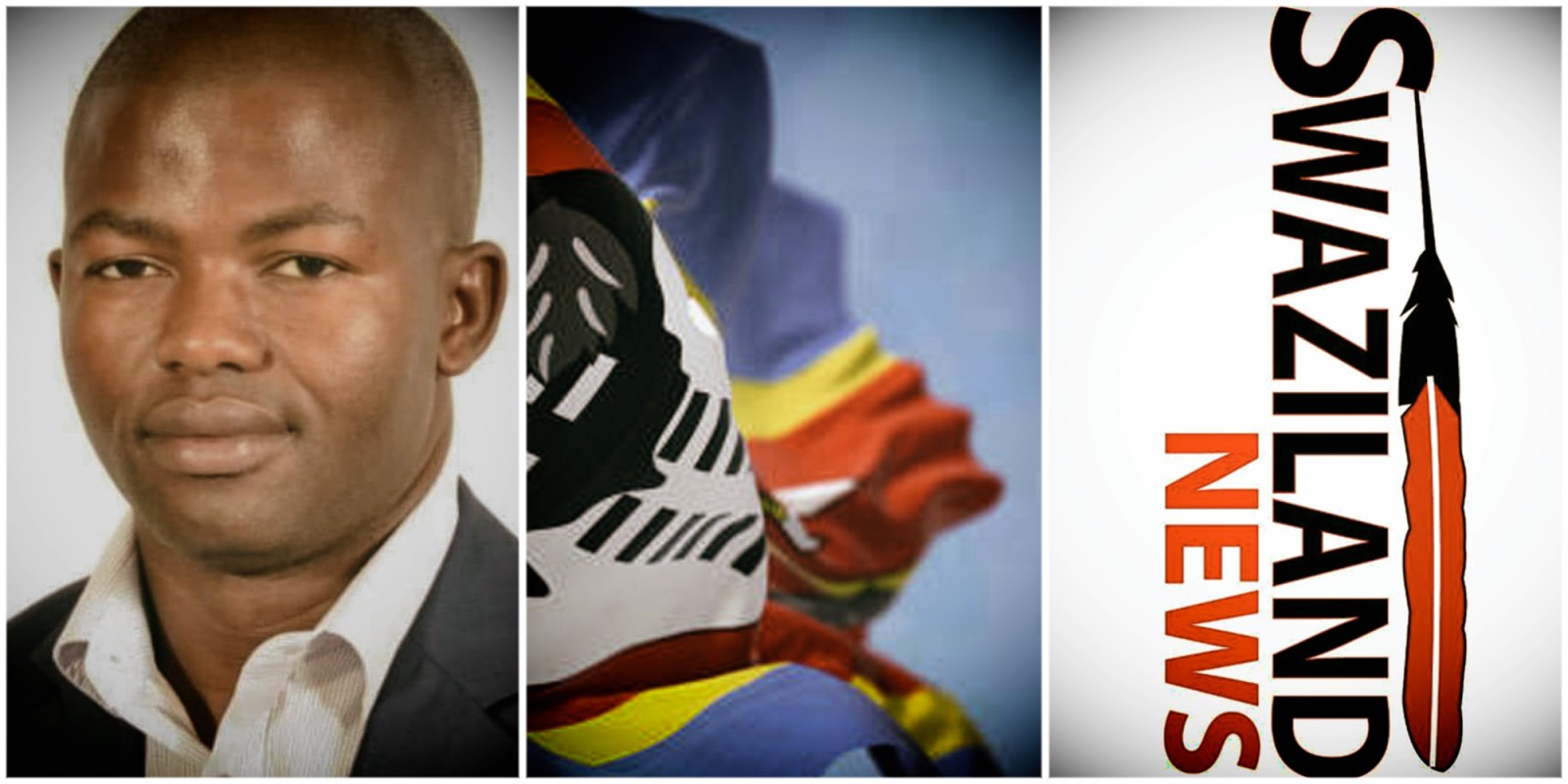 Online publication Swaziland News and its editor Zweli Dlamini have been branded as ‘terrorist entities’ by the Swaziland government. Attorney General Sifiso Khumalo accused the editor of ‘threatening to kill police officers’ and of instigating ‘violence, the burning of public and state property, the seizure of state power and overthrow of lawful government’.

The Kingdom of eSwatini has declared journalist Zweli Martin Dlamini and his South Africa-based online publication, Swaziland News, as “specified entities’ who ‘knowingly facilitate the commission of terrorist acts”.

He was acting on the recommendation of eSwatini’s Attorney General, Sifiso Khumalo, who wrote that editor Zweli Dlamini had “on numerous occasions and at different intervals published articles… that instigate violence, the burning of public and state property, the seizure of state power and overthrow of lawful government”.

He is accused of doing this in Swaziland News and on his Facebook page.

“In his latest antics, Zweli Martin Dlamini is threatening killing of police officers” and it was “worth noting that there had been recent shooting of officers by unknown gunmen”, Khumalo wrote in his recommendation of action against Dlamini.

This fell within the definition of terrorism, he said.

Dlamini moved to South Africa in 2018 when his print newspaper, Swaziland News, was banned under eSwatini’s Registration of Books and Newspapers Act. He registered and set up his website in South Africa and has joined the Press Council of SA, a self-regulatory body which monitors media conduct. He says he has a team of five journalists.

Swaziland News is strongly critical of the eSwatini authorities, particularly the security forces, and covers that country’s pro-democracy movement extensively.

It recently reported that a police officer had been shot “allegedly by members of the pro-democracy Swaziland International Solidarity Forces that defends civilians from ‘bloodthirsty’ King Mswati’s security forces”. This came shortly after another two policemen had been shot.

Dlamini wrote that “the Solidarity Forces had vowed to deal with police officers after Mswati demonstrated reluctance in engaging in a political dialogue and subsequently unleashed the police and soldiers to shoot and kill dozens of civilians merely for demanding democratic reforms”.

In an interview this week, he said, “most of the time we report about pro-democracy issues because, at the moment, the people of Swaziland want democracy.

“The people are oppressed and have no access to free media, so we are advocating for justice, freedom of expression, and to empower people to engage those in power. We are covering [the pro-democracy movement] and giving them a voice, as government was suffocating them by denying them access to media.”

Dlamini, a former private investigator, said he was also a contributor to the BBC and a part-time writer for the Mail & Guardian. He said he no longer felt safe and had to change his location from time to time.

‘They are hunting me’

“The government is on record saying they are hunting me. I am aware that they are watching me.”

Dlamini said he was facing two other attempts by the eSwatini authorities to silence him through the South African courts.

King Mswati, he said, went to the high court to seek an order to prevent him from publishing stories about Mswati’s government without giving them 10 days to answer questions. Dlamini said he was opposing this as it was not reasonable to wait for 10 days to respond to a breaking news story.

Prince Sicalo, eSwatini’s Principal Secretary in the Ministry of Defence, took him to court “saying we were invading his privacy when we alleged he crossed the border to purchase weapons”. The court ordered them to undergo mediation, and this had not been completed, Dlamini said.

“They are trying to systematically silence the publication,” he said.

After recent incidents in eSwatini — including the disruption of an EU-funded water project undertaken by a company allegedly linked to the King, and the shooting of police — the government said it would not sit back and watch while the country was under siege from terror attacks.

Dlamini said he intended to take the decision on review.

The Campaign for Free Expression (CFE), based in Johannesburg, expressed strong concern at the declaration and called on the government to revoke it.

Zulu and Harber are from the Campaign for Free Expression (CFE), a non-partisan, non-profit organisation dedicated to protecting and expanding the right to free expression for all and enabling everyone to exercise this right to the full.