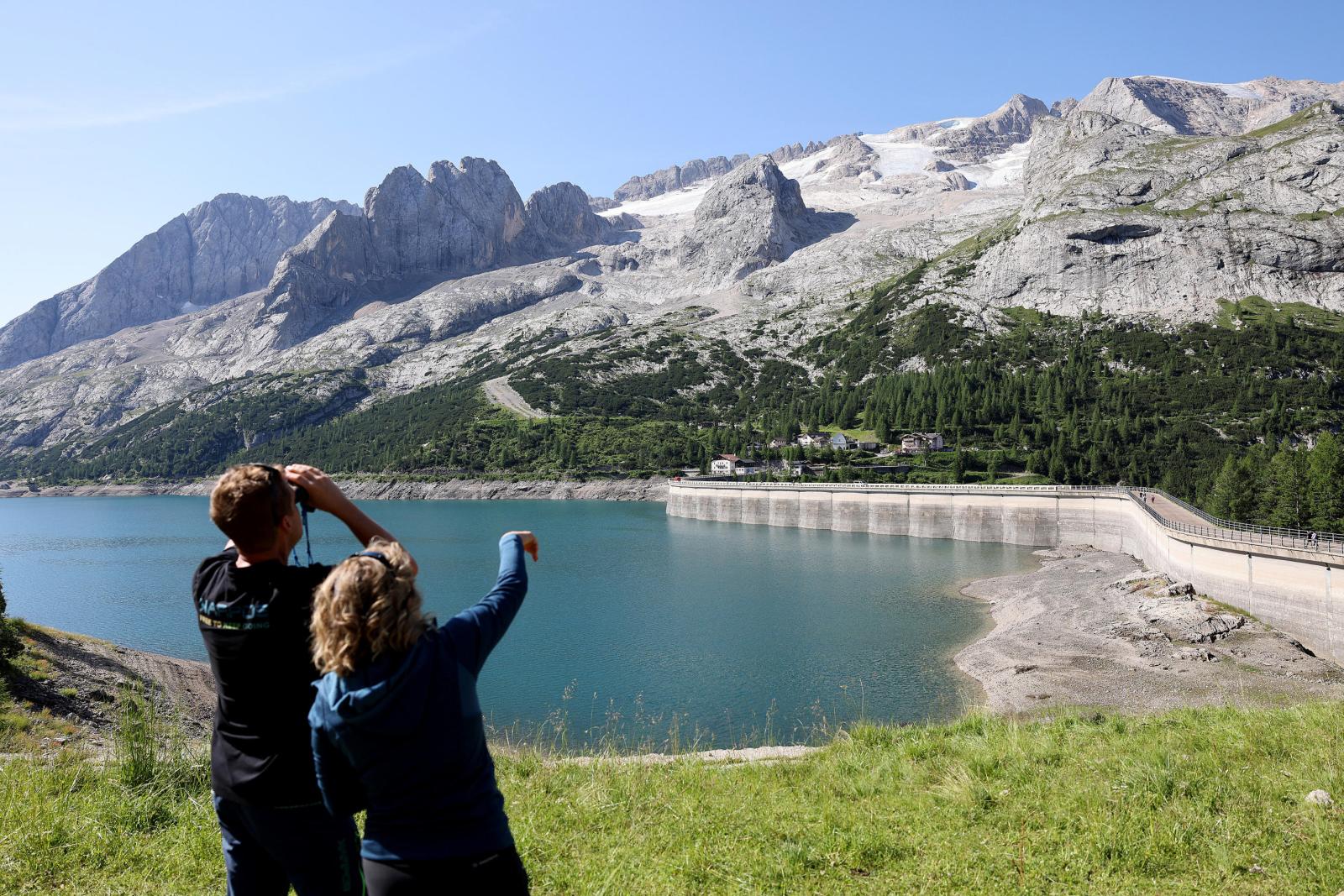 People look at the Marmolada Mountain in the aftermath of an avalanche in Canazei, Italy, 04 July 2022. At least six people were killed and dozens were still missing on 04 July, a day after a glacier collapsed triggering an avalanche on the multi-peak mountain of the Italian Dolomites. EPA-EFE/ANDREA SOLERO

CANAZEI, Italy, July 4 (Reuters) - Helicopter crews and drones searched on Monday for around 15 people missing in the Italian Alps after part of a mountain glacier collapsed, killing at least six people and injuring eight.

Much of Italy has been baking in an early-summer heatwave and experts said the disaster was linked to climate change that was making glaciers more unstable.

Sunday’s avalanche took place on the Marmolada, which at more than 3,300 metres is the highest peak in the Dolomites, a range in the eastern Italian Alps straddling the regions of Trento and Veneto.

“This is the first such accident in the history of the mountain,” said Gino Comelli, who was helping to coordinate rescue efforts.

The peak was too unstable for rescuers to try to approach on foot, Comelli said, adding that recent hot weather had been a factor in the collapse.

Pope Francis said he was praying for the victims and their families.

“The tragedies that we are experiencing with climate change should force us urgently to pursue new ways that respect people and nature,” he said on Twitter.

Four victims were identified on Monday, three of them Italian, including two alpine guides, and another from the Czech Republic, news agency AGI reported, citing rescuers.

Rising average temperatures have caused the Marmolada glacier, like many others around the world, to shrink steadily over recent decades.

“The Marmolada glacier collapse is a natural disaster linked directly to climate change,” said Poul Christoffersen, a professor in Glaciology at the University of Cambridge.

“High elevation glaciers such as the Marmolada are often steep and relying on cold temperatures below zero degrees Celsius to keep them stable,” he said.

“Catastrophic glacier collapses such as this are becoming more frequent.”

Luca Biagini, a former head of alpine guides said the disaster was, however, “unpredictable, nothing could have led us to expect something like this”.

He added that the high temperatures were an important factor but there had been hotter seasons in the past, including a record-breaking summer in 2003.

Italian Prime Minister Mario Draghi and the head of the National Civil Protection agency were due to visit the area later on Monday.