Developers claim algorithm predicts crime in US cities before it happens 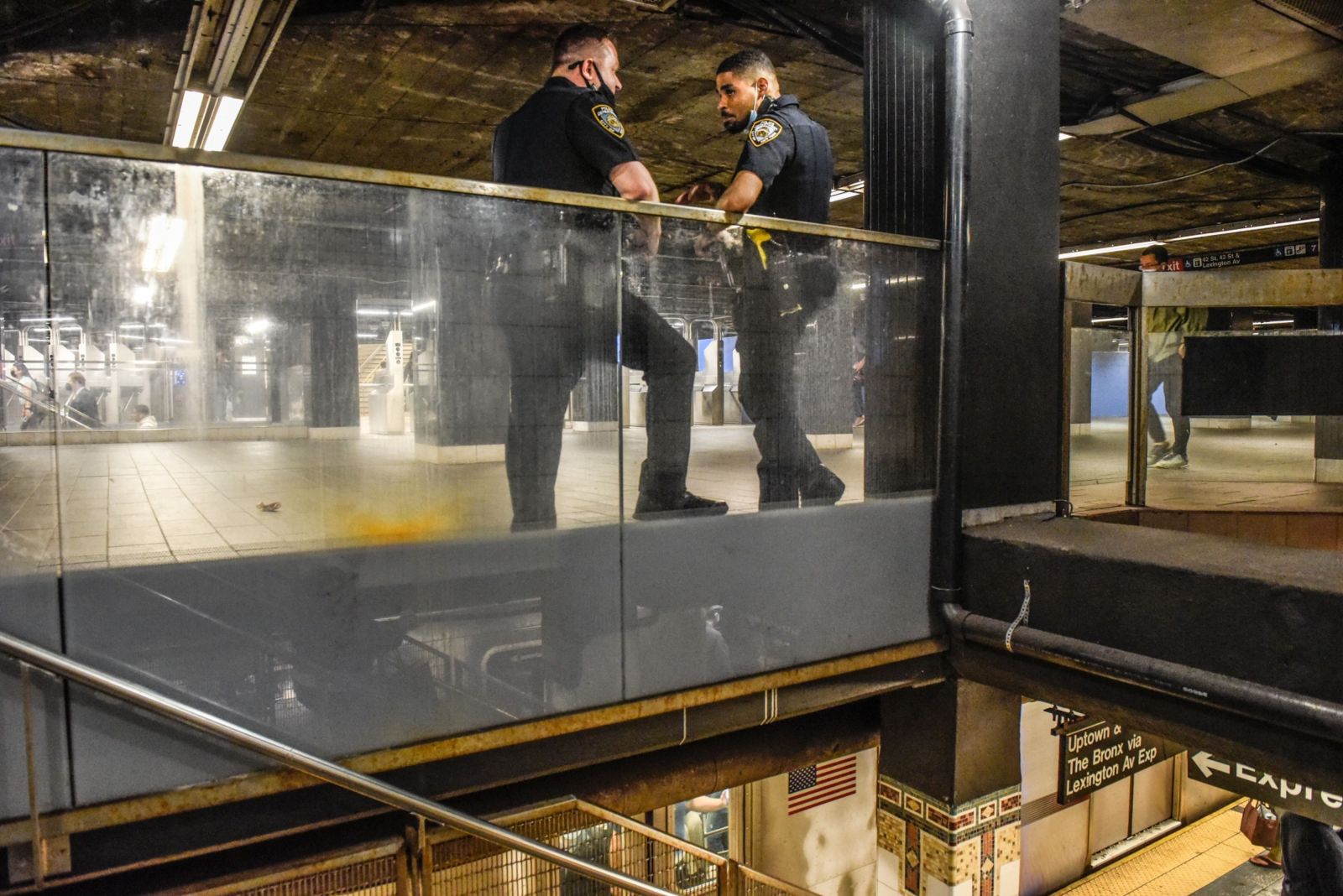 New York Police Department officers patrol inside the Times Square subway station in New York, US, on Wednesday, 25 May 2022. New York City's subway system is carrying fewer riders than expected this year as crime has spiked, including a fatal shooting on Sunday and a violent subway attack last month that shook the city.

Social scientists at the University of Chicago have developed a tool that uses historical data on violence and property crimes to predict future events.

A new computer algorithm can now forecast crime in a big city near you – apparently.

The algorithm, which was formulated by social scientists at the University of Chicago and touts 90% accuracy, divides cities into 93 square metre tiles, according to a study published in Nature Human Behaviour. Researchers used historical data on violent crimes and property crimes from Chicago to test the model, which detects patterns over time in these tiled areas, to predict future events. It performed just as well using data from other big cities, including Atlanta, Los Angeles and Philadelphia, the study showed.

The new tool contrasts with previous models for prediction, which depict crime as emerging from “hotspots” that spread to surrounding areas. Such an approach tends to miss the complex social environment of cities, as well as the nuanced relationship between crime and the effects of police enforcement, thus leaving room for bias, according to the report.

“It is hard to argue that bias isn’t there when people sit down and determine which patterns they will look at to predict crime because these patterns, by themselves, don’t mean anything,” said Ishanu Chattopadhyay, assistant professor of medicine at the University of Chicago and senior author of the study. “But now, you can ask the algorithm complex questions like: ‘What happens to the rate of violent crime if property crimes go up?”

But Emily M Bender, professor of linguistics at the University of Washington, said in a series of tweets that the focus should be on targeting underlying inequities rather than on predictive policing, while also noting that the research appears to ignore securities fraud or environmental crimes.

And other crime prediction models previously used by law enforcers have been found to erroneously target certain people based on a narrower set of factors. In 2012, the Chicago Police Department – along with academic researchers – implemented the “Crime and Victimisation Risk Model” that produced a list of so-called strategic subjects, or potential victims and perpetrators of shooting incidents determined by factors such as age and arrest history.

The model assigned a score that determined how urgently people on the list needed to be monitored, and a higher score meant they were more likely to be perceived as either a potential victim or perpetrator of a gun crime.

In contrast, the tool designed by Chattopadhyay and his colleagues uses hundreds of thousands of sociological patterns to figure out the risk of crime at a particular time and space.

The study, “Event-level prediction of urban crime reveals signature of enforcement bias in US Cities” was supported by the Defence Advanced Research Projects Agency and the Neubauer Collegium for Culture and Society. BM