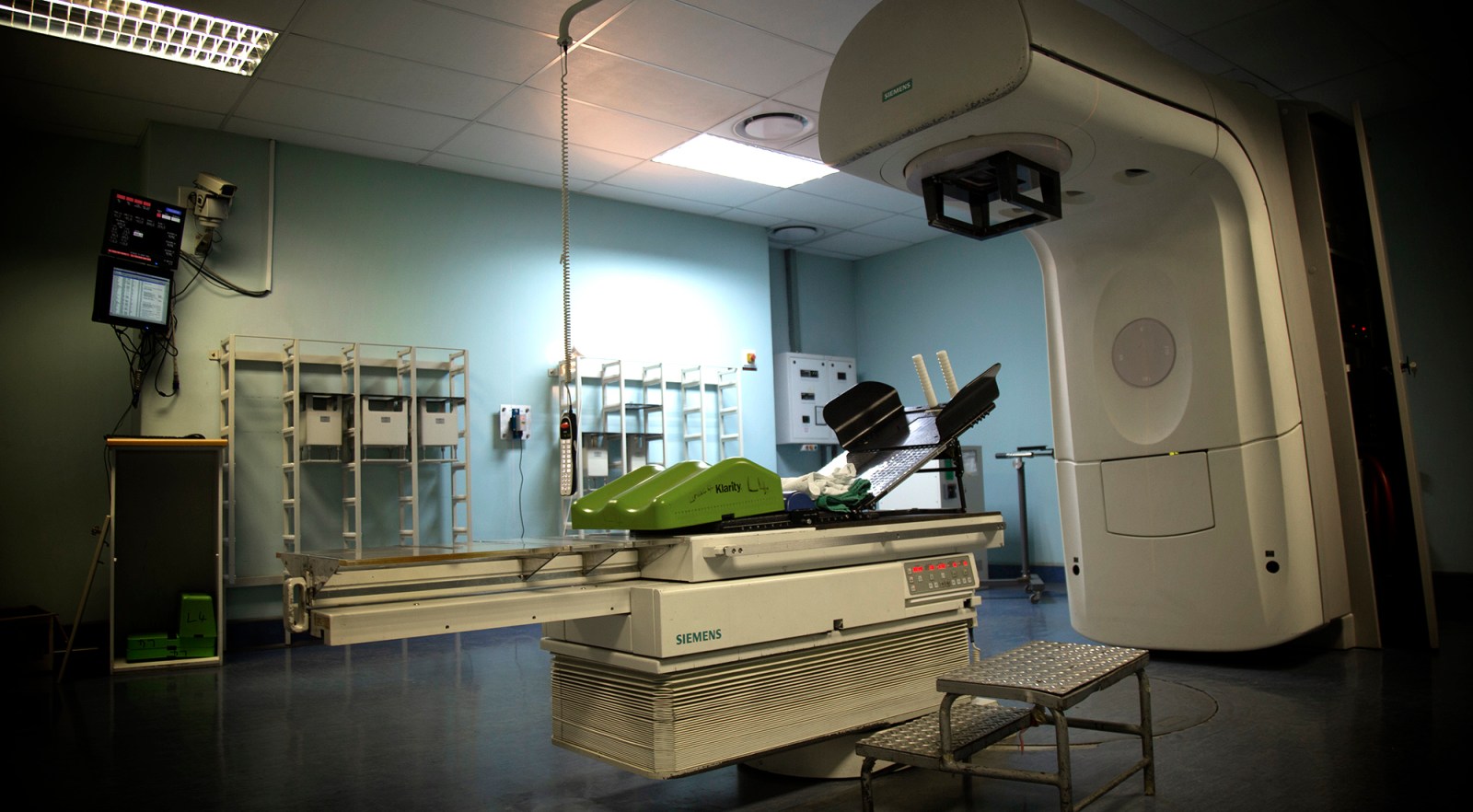 For many activists, cancer patients and their families, the radiation oncology challenges in Gauteng have reached a crisis point. Many believe this oncology crisis is allowed to escalate in the absence of tangible proactive action by the Gauteng government. In this case, no news is not good news.

On 20 June, your department posted two tweets with the hashtag #cancerawareness. One was a promotional tweet on “How to Manage Cancer”; the other was a reminder to the public that “early detection and management of any cancer is vital for treatment and chances of achieving [a] cure”.

We wish to remind the public that early detection and management of any cancer is vital for treatment and chances of achieving cure #ChekaImpilo #CancerAwareness pic.twitter.com/vnGiMLzmSA

Raising awareness about the risks of cancer is important. Thank you for doing so, Dr Mokgethi, but don’t you think that, before sending out bold public reminders on how cancer should be managed, Gauteng Health should first be in a position to provide timely access to quality radiation oncology services?

Let’s consider how long radiation oncology services have been a challenge and why this is a pressing and long-lasting issue that needs your urgent attention.

In December 2021, the Head of Radiation Oncology at Charlotte Maxeke Johannesburg Academic Hospital, Dr Duvern Ramiah, told Carte Blanche that the waiting list backlog for radiation therapy has been growing steadily since 2018, with some breast cancer patients waiting up to 18 months for radiation. These challenges predate Covid-19 and the fire at Charlotte Maxeke hospital – both issues many of the prevailing challenges in the public health sector seem to be blamed on.

“You finish chemotherapy; you have your surgery. You have a three-month window to start your radiation oncology. And the scary thing is, if you don’t get your radiation in time, there’s a very high likelihood of having a local recurrence, [of the] cancer growing back in that area. And once that happens, you start at the beginning and you go back to chemotherapy for six months, then another surgery, then you go on to the waiting list for radiation.”

What are the solutions that cancer patients are waiting for, Dr Mokgethi? Where are the results? Four years is more than enough time to begin to remedy this problem. Instead, it seems waiting lists are only getting longer.

There have been some positive steps. Establishing the Cancer Task Team was, on paper, a very good idea, but public information on its progress has been less than forthcoming.

According to the Cancer Alliance’s Salomé Meyer, who sits on the task team, it first convened in April 2022 with an immediate task to investigate and reduce the Charlotte Maxeke hospital radiation oncology waiting list by looking at viable alternatives such as public-private partnerships (PPPs).

The task team has also been mandated to look into staffing and equipment shortfalls at both Charlotte Maxeke and Steve Biko hospitals. In the Carte Blanche feature and in an early April meeting that I attended, Dr Ramiah alluded to departmental staff shortages.

In March this year, you announced that Gauteng Health had experienced a number of resignations since May last year. Considering Dr Ramiah’s comments, it is conceivable that radiation oncology was among the departments affected.

Despite this, I have not seen any advertisements for radiation oncology staff positions at Charlotte Maxeke hospital. May I ask if you have made any appointments to address the staffing shortages? Will you share the current numbers with the public?

I’m sure your current task has not been made easier after the R500-million investment made in linear accelerator (Linac) radiation machines in 2019. It has been reported that the department procured these machines without building the bunkers needed to house them, which means they are in storage and cannot be used. Have any of the new machines been allocated to Charlotte Maxeke hospital?

In April, Dr Ramiah admitted that only four Linac machines were operational at Charlotte Maxeke hospital. This means that the hospital remains short of at least six radiation machines, including the Linacs, to cater for patient requirements adequately.

Are there currently radiation machines in need of repair? If so, these machines have existing bunkers (too small for the new Linacs), so would repairing them not be a short-term option to reduce the numbers on the waiting lists? Do you have the staff to operate them? Perhaps, if you had procured machines that would have fitted into the existing bunkers, years would not have been wasted and more patients could have been treated?

Being transparent and honest about the department’s progress in addressing the radiation oncology challenges is crucial, Dr Mokgethi. Cancer patients deserve better than to be kept in the dark about measures that are a matter of life and death.

This need for honesty and transparency also extends to healthcare workers in your employ, as I’ve already mentioned in an earlier open letter to Dr Nomonde Nolutshungu. Doctors should also be frank with cancer patients.

Are doctors in your employ less forthcoming with the state of affairs due to fear of being disciplined by their superiors? We are all aware of what happened when Dr Tim de Maayer spoke up about the state of affairs at Rahima Moosa Mother and Child Hospital. Transparency is important to dispel any misperceptions, Dr Mokgethi.

Cancer patients, their loved ones, cancer organisations and other members of the voting public need urgent solutions or, at the very least, frequent updates from the Gauteng Department of Health on the steps being implemented to address these challenges.

My hope is that these questions will also be raised in the Gauteng Legislature so that we can get official answers. Many people are dying and there is a perception that you and your department are not acting with the necessary urgency.

We need answers, Dr Mokgethi. Please tell us how your department plans to take on these radiation oncology challenges as we have now reached a point where action is beyond urgent – it is essential.

This article was first published by Spotlight – health journalism in the public interest.