LIV Series: Sportwashing vs the commercial value of pub... 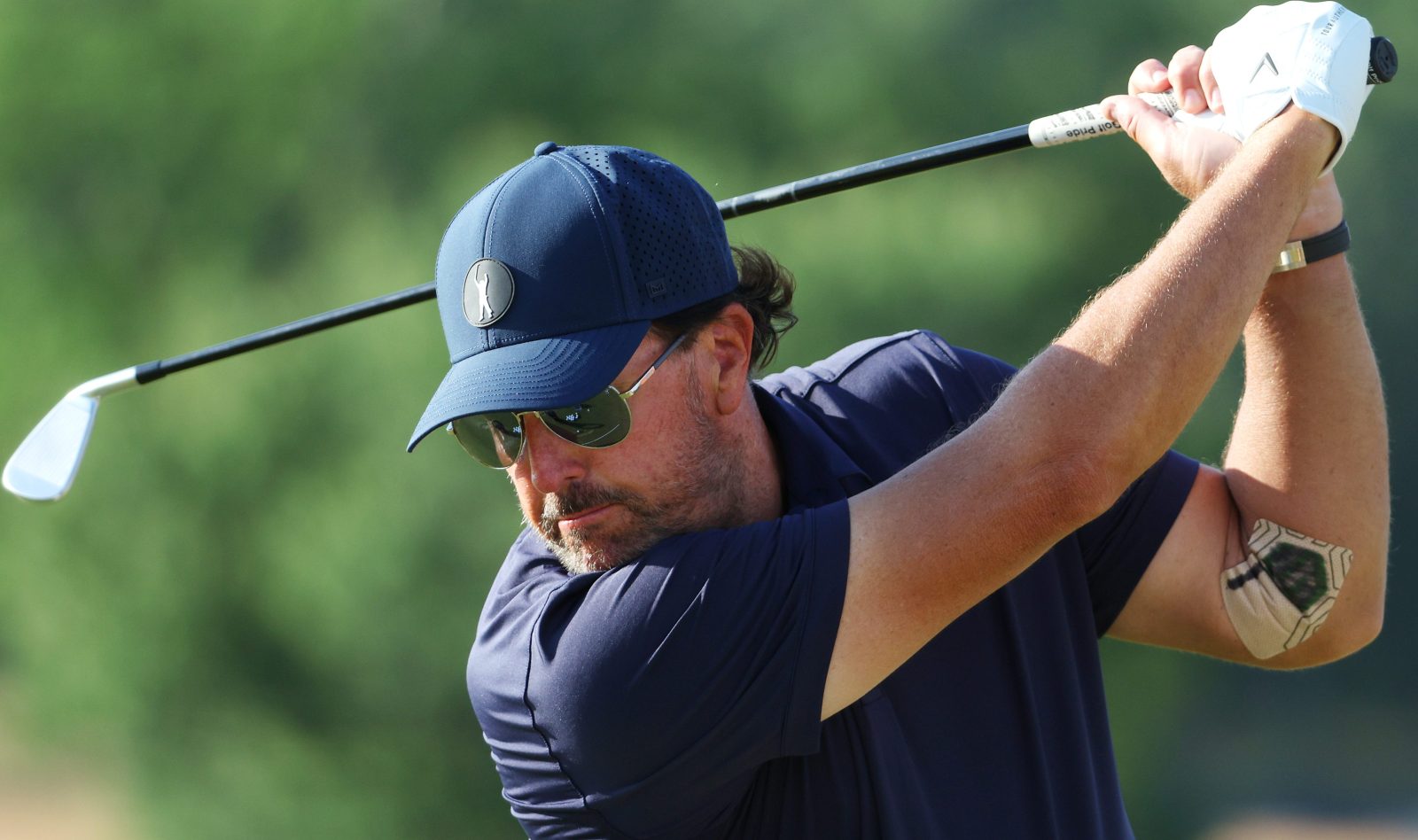 Phil Mickelson of the United States plays a shot on the driving range during the second round of the 122nd U.S. Open Championship at The Country Club on June 17, 2022 in Brookline, Massachusetts. (Photo by Andrew Redington/Getty Images)

The sportwashing discourse has brought an avalanche of negative attention to the LIV golf series.

The LIV Golf Invitational Series held its first event at Centurion Club in St Albans in England and its second event in Portland in the US  this week. LIV is a challenger to established tours in men’s golf – most notably the PGA Tour. Golfers have seemingly been lured to LIV by exorbitant paydays. LIV prize purses are lucrative.

So, too, is the money reportedly paid to top golfers to choose LIV competitions over other tour options (approximately $125-million for Dustin Johnson and $200-million for Phil Mickelson).

As social scientists who study golf, media and politics, we are interested in LIV as a case study of the “attention economy” in sport.

The pursuit of attention helps explain LIV’s efforts at carving out space in a competitive golf landscape. But LIV has also been controversial – most of all due to the financial backing LIV receives from Saudi Arabia’s Public Investment Fund (PIF).

Golf and the attention economy

The attention economy refers to the idea that attention has commercial value. For example, if attention is captured and retained, it can be sold – think of the (very costly) commercials that air during the Super Bowl each year.

Sport has special appeal in the attention economy because it generally commands a live audience. The fact that sport is good in the moment, unlike a sitcom that can be watched anytime, makes it excellent for capturing attention.

In one sense, LIV seems to be sidestepping these dynamics thanks to financial backing from Saudi Arabia’s PIF (which extends Saudi Arabia’s track record of investment in sport). This presumably relieves the pressure of matching revenue (like from broadcast contracts) to business costs (like prize purses).

But dig deeper and the fingerprints of the attention economy are there.

The Centurion Club event was shorter than a typical PGA tournament (54 holes instead of 72 – LIV refers to the Roman numeral for 54). Golfers began their rounds at different holes on the course at the same time, making for relatively compact viewing – “a broadcast-friendly four and a half hours”.

LIV invokes a tradition of changing sport broadcasts (like hockey’s infamous glow puck in the 1990s) and changing sport itself to attract consumer attention.

But perhaps the most important dynamic involves how, in the traditional golf format, star golfers command attention but have no guarantee of a tournament payout. The traditional tournament structure includes a mid-event cut line; if your score falls below it, you leave empty-handed.

Star players reportedly say their earnings should align with their status in the game. LIV’s payouts to attract top golfers seemingly attempt to match financial rewards and attention. And there’s no cut line: everyone who played at the first LIV event earned at least $120,000.

Given the Saudi Arabian government’s record of human rights abuses, LIV has been described as a case of sportwashing. Sportwashing is when sport, with all the good feelings it inspires, is used as a tool for diverting attention from social or environmental problems.

Sportwashing relates to the concept of soft power, which means exerting influence by attracting, rather than coercing, others. Think diplomacy instead of military intervention.

Hosting or sponsoring sports events are examples of soft power plays, since the idea is to present the host country or sponsor in a positive light. Accusations of sportwashing cast a cynical eye on attempts to leverage sport for soft power purposes.

In this case, the idea is that LIV is a public relations ploy for Saudi Arabia and golfers are complicit.

LIV participants have been heavily criticised. And golfers joining LIV seem to be twisting themselves into knots to explain their decision.

When asked if he was participating in sportwashing, golfer Talor Gooch said: “I don’t think that’s fair. Also … I’m a golfer. I’m not that smart. I try to hit a golf ball into a small hole. Golf is hard enough.”

And golfer Graeme McDowell’s logic was “we’re not politicians”, implying only decisions made by politicians are meaningful.

Sports journalist Shireen Ahmed notes that golf itself has a history of sexism and racism, and we’ve previously described golf’s ambiguous relationship with environmental issues – all relevant topics when reflecting on the ironies of using golf for sportwashing purposes.

Politics and implications of attention

The LIV series adds to the mountain of evidence that sport and politics are interconnected. It’s also a case study in the attention economy and how it’s inseparable from the incentive systems that drive investment in sport – and the social issues that are embedded in and surround sport.

LIV’s future is unclear. Will it attract sufficient interest to remain viable? Will this even matter, so long as it’s backed by Saudi Arabia’s PIF? Will golfers continue to leave established tours? To what extent will negative attention remain? How will fluctuations in the amount and type of attention influence those who cover, invest in and consume golf?

As it stands, for all the efforts at reimagining golf to attract consumer interest, the sportwashing discourse has brought an avalanche of negative attention to the LIV series, and rightfully so. DM168