South Africa vs Wales: More than the scoreline in mind... 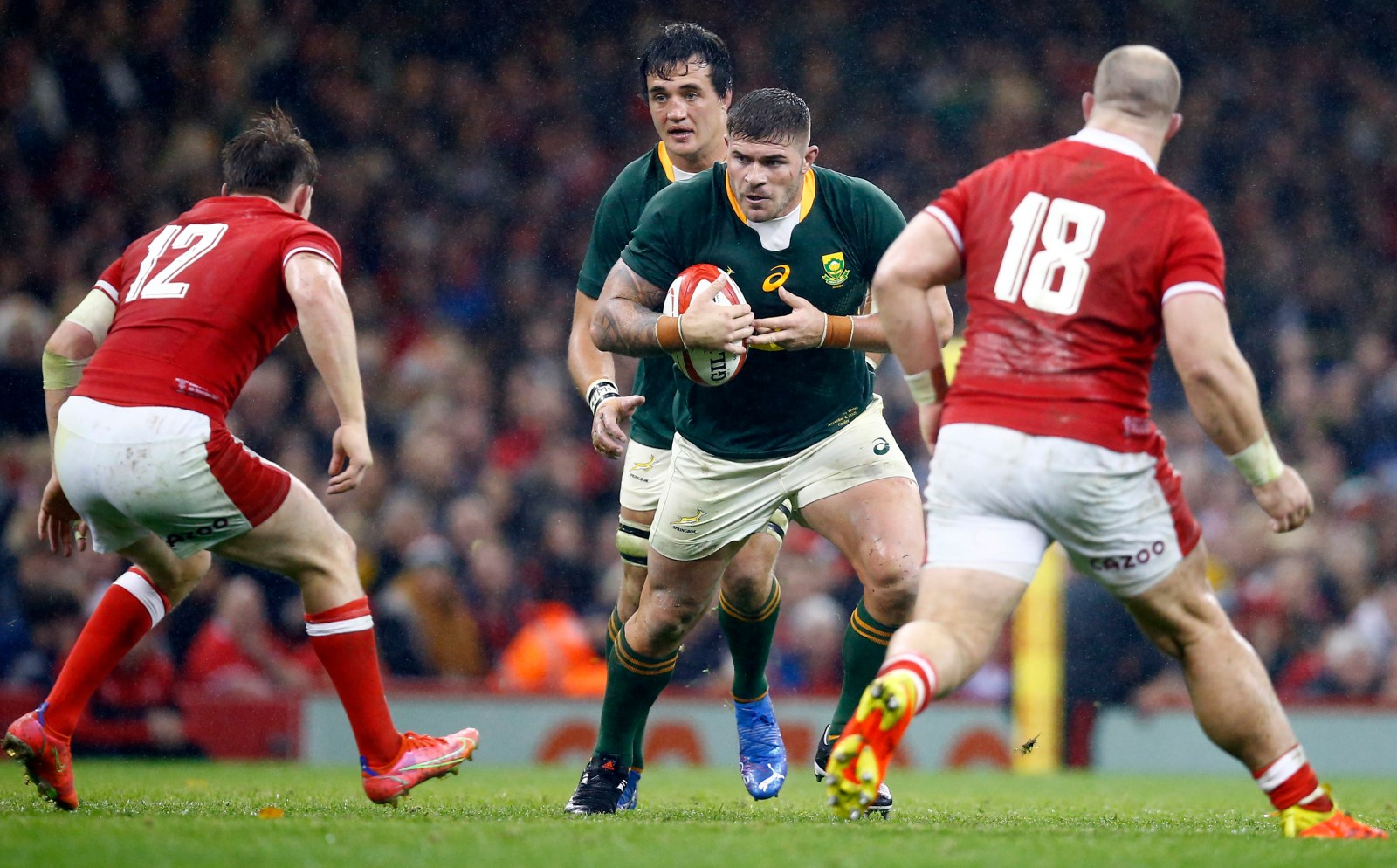 The Springboks will be looking to score psychological points when they take on the Dragons in a three-match series at home this month.

At a glance, the three-match battle between South Africa and Wales appears less significant than a bout between the All Blacks and a revamped Ireland, or an arm-wrestle between the Wallabies and England.

By the end of July, we should have a clearer idea about where the Antipodeans stand ahead of the Rugby Championship, and whether Ireland and England have what it takes to win regularly outside Europe.

The world champions – who beat the British & Irish Lions last year – are expected to win the series against Wales at a canter. Little is expected of a Welsh outfit that finished a disastrous Six Nations campaign with a defeat to Italy in Cardiff.

Closer analysis, however, reveals what’s at stake for the Springboks in the short, middle and long term.

The Boks are working towards the two-game mini series against the All Blacks, which is  scheduled for early August. They’re desperate to reclaim the Freedom Cup as well as the Rugby Championship title.

The Boks will travel to Europe to face Ireland, France, Italy and England on consecutive weekends in November. Wins against Ireland, who are in the same World Cup pool, and France, the current Six Nations champions, will go some way to enhancing their reputation as the world’s leading side.

No room for complacency

In their current guise, Wales don’t warrant comparison to the All Blacks, Ireland or France. But with future fixtures in mind, the Boks will take nothing for granted when they face the Dragons this month.

There’s been a lot of talk about the World Cup squad, and individuals have been told they’re competing for a spot on the plane to France in 2023. The competition in the group should eradicate any complacency.

Beyond the quest for momentum, the Boks have a point to prove against their Welsh counterparts. Wales have won four of the past seven Tests against the Boks. The margin of victory has been fewer than seven points on five occasions in this period.

After winning the two previous encounters, the Boks have begun to regain the initiative. There’s good reason to believe that the Boks will extend their winning run this July, and that they will re-establish their mental grip on the Welsh.

The Boks have never lost a Test to Wales in South African conditions. Over a period of 10 Tests, the hosts have averaged 41 points a match. At altitude, where two of the three Tests will be staged this month, they have averaged close to 50 points a game.

The Bulls, the Lions, the Sharks and the Stormers combined for eight consecutive wins, for an aggregate scoreline of 44-14.

The results on the Highveld appear significant, given that the Boks will host Wales in Pretoria and Bloemfontein in the first two Tests. The Bulls averaged 56 points against Welsh opposition at Loftus Versfeld, whereas the Lions averaged 41 points at Ellis Park.

On each occasion, the local team exploited the conditions as well as the visitors’ tendency to tire in the closing stages of a contest.

The Boks are a more dangerous team at home than they are abroad. Perhaps this is why visiting teams value one-off victories so highly. Series wins in South Africa, of course, are much harder to come by.

When one reflects on the past series in this part of the world, one gains an appreciation for what Wayne Pivac’s side will be up against. The Springboks have lost only seven of the 55 Test series staged in South Africa over the past 130 years.

The British & Irish Lions have been the most successful touring team, having won four of the past 14 series against the Boks.

Two of those victories came in the late 1800s in the early days of international rugby. The Lions’ latter two triumphs came in 1974 and 1997. A quarter of a century ago, Jeremy Guscott nailed a drop goal to win the second Test and seal the three-match series.

Since then, no Test team has beaten the Boks in a series of two matches or more.

It’s easy to forget about how dangerous the Boks are at home despite some of their recent one-off losses: to England in 2018; Ireland in 2016; and to Argentina in 2015.

Over the past decade, they have lost six of their seven home games against the All Blacks during the Rugby Championship.

It’s rare that they lose two home matches in a row, though. After losing the first Test to Ireland in 2016, the Springboks bounced back to win the three-match series. They went down to the Lions in the first Test last year, but rallied to win the next two.

Perhaps Jacques Nienaber and his charges will reflect on the team’s recent failures in an effort to eradicate complacency.

While they are building towards bigger matches against the All Blacks, France and Ireland, they should be mindful of their proud home record and how another series win will enhance their fearsome reputation. DM168