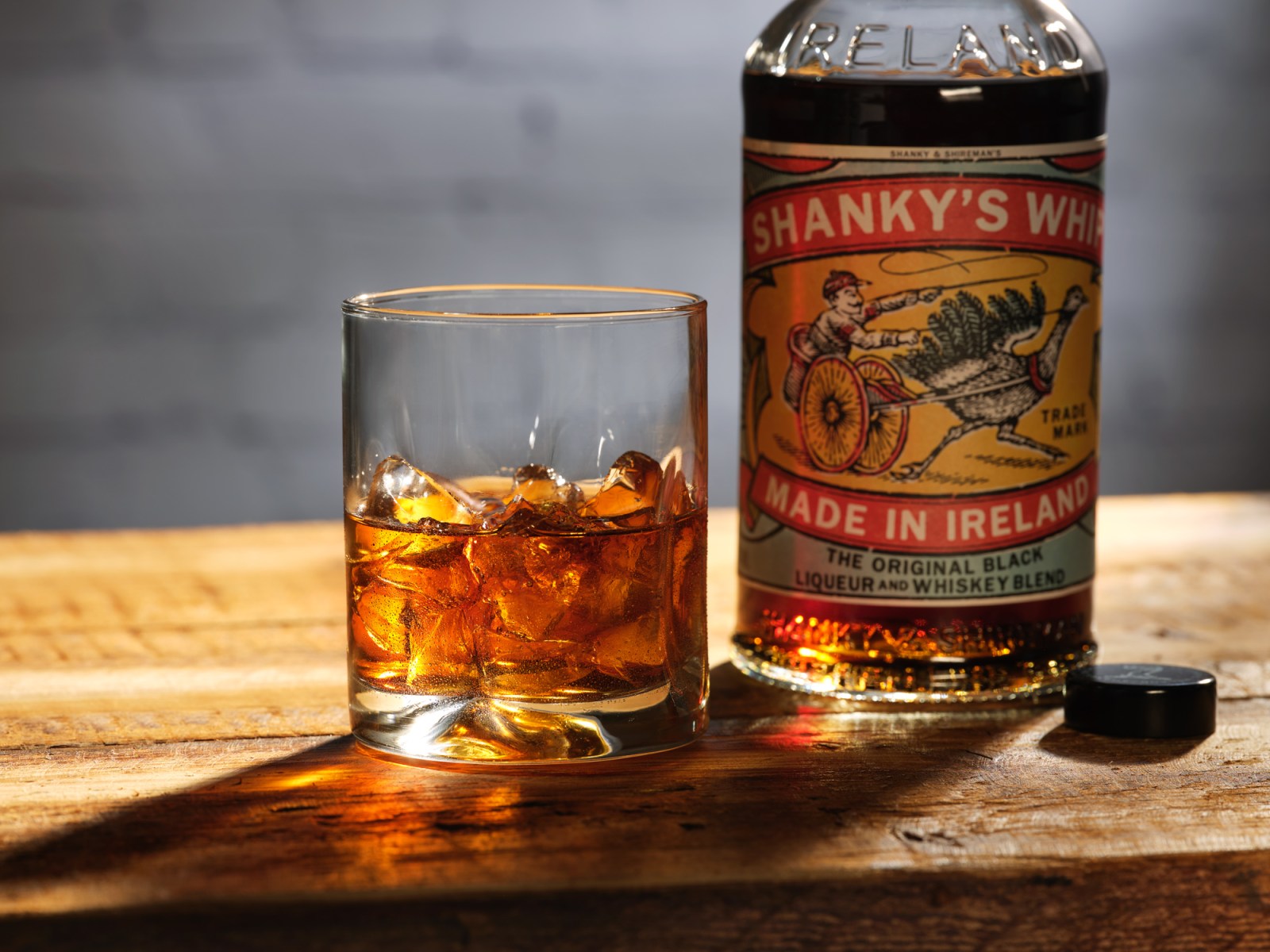 If you hate ostriches and Irish whiskey please read no further, this story is not for you. But if you, like me, are fascinated by both these intriguing subjects, pull up a chair. It’s not often two of your great passions overlap, and this week I’ve been fortunate for that to have happened. As the stars have aligned I’ve found myself launching a brand that ignites my passion for all things whiskey, and one that allows me to indulge my interest in my other great passion, Ostrich racing. ‘’In what world do you live Mr Leibbrandt’’ I hear the more respectful of you asking, ‘’where ostriches and whiskey meet?’’ Well now, that story requires some telling…

Shanky’s Whip is what’s been described as a Black Irish Whiskey.  It’s not really a whisky in the conventional sense of the world – it’s made from Irish Whiskey that has sat in charred barrels (hence the black part), blended with un-aged Irish spirit, and then mixed with natural flavours and some caramel.  In Ireland, it’s not uncommon for whiskey to be drunk with a Guinness (literally a shot of whiskey dropped into a pint – I suspect Irish men are tougher than men elsewhere) and Shank‎y’s recreates this soft creamy rich flavour.  The resulting spirit is midnight black, with a sweet smoothness underpinned with spicy Irish Whiskey notes.

So that’s cool, and you should try one.  But the other interesting part, and the bit that brings ostriches and Ireland together, is the fabulous tale of Mr Shanky himself.

So, Shanky was a somewhat mythical character, an amazingly talented jockey by all accounts, but also an Irish bad boy.  In my mind’s eye I see a really short Conor Mcgregor in jodhpurs.  The now famous ostrich incident (and ultimately the inspiration for Shank‎y’s Whip) occurred when he found himself thrown from his horse, and returned with an ostrich, on which he promptly rode to victory.  Well, what nonsense (I hear you say) you mean to tell me that ostriches are indigenous to Ireland and found in such abundance that a jockey can stroll off a race course and leap onto the nearest one?  Well actually Mr Smarty-pants, ostrich racing was a thing in Victorian times, and hitching a racing chariot behind one and speeding around a track was for the briefest moment in history something people enjoyed.  So maybe, just maybe, Shanky’s tale had a thread of truth in it.

But true or not, Shanky’s story does draw attention to a sad truth that Ostrich racing’s glory days are far behind it.  It’s a little known, yet depressing fact, that more people watched last year’s F1 final in Dubai, than tuned in to the annual Chandler Ostrich Race in Arizona (known by insiders as the Fastest Fowl Fixture).  There was  time when young kids (myself included) aspired to be ostrich jockeys but these days my boys are far keener to be firemen and astronauts, and so a once noble sport dies. 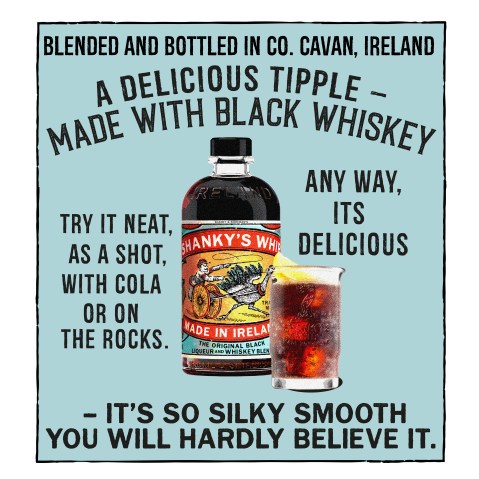 But, we at Truman & Orange (who are known for supporting totally obscure causes, and introducing unique and curious tipples to South Africans looking to broaden their back-bars) believe Shanky’s Whip can help change that a little, and if not reignite the sport’s popularity, at least remind us of a time when men and ostriches joined to do battle around a dusty track and dreams were made.

All I can say for certain is that you’ll love the bottle that regales this fabulous tale, as much as the black juice inside it.  Shanky’s Whip is beautifully presented in a bespoke embossed glass bottle, with a label inspired by vintage Irish matchbox artwork, featuring the fantastical Shanky and his race-winning ostrich.

Fun fact about ostriches – they’re thin at one end, much much thicker in the middle, and then thin at the other end.

Fun fact about Shanky’s Whip – it’s now available at www.CutlerDrinks.co.za and soon to be found at all good liquor stores. DM/ML