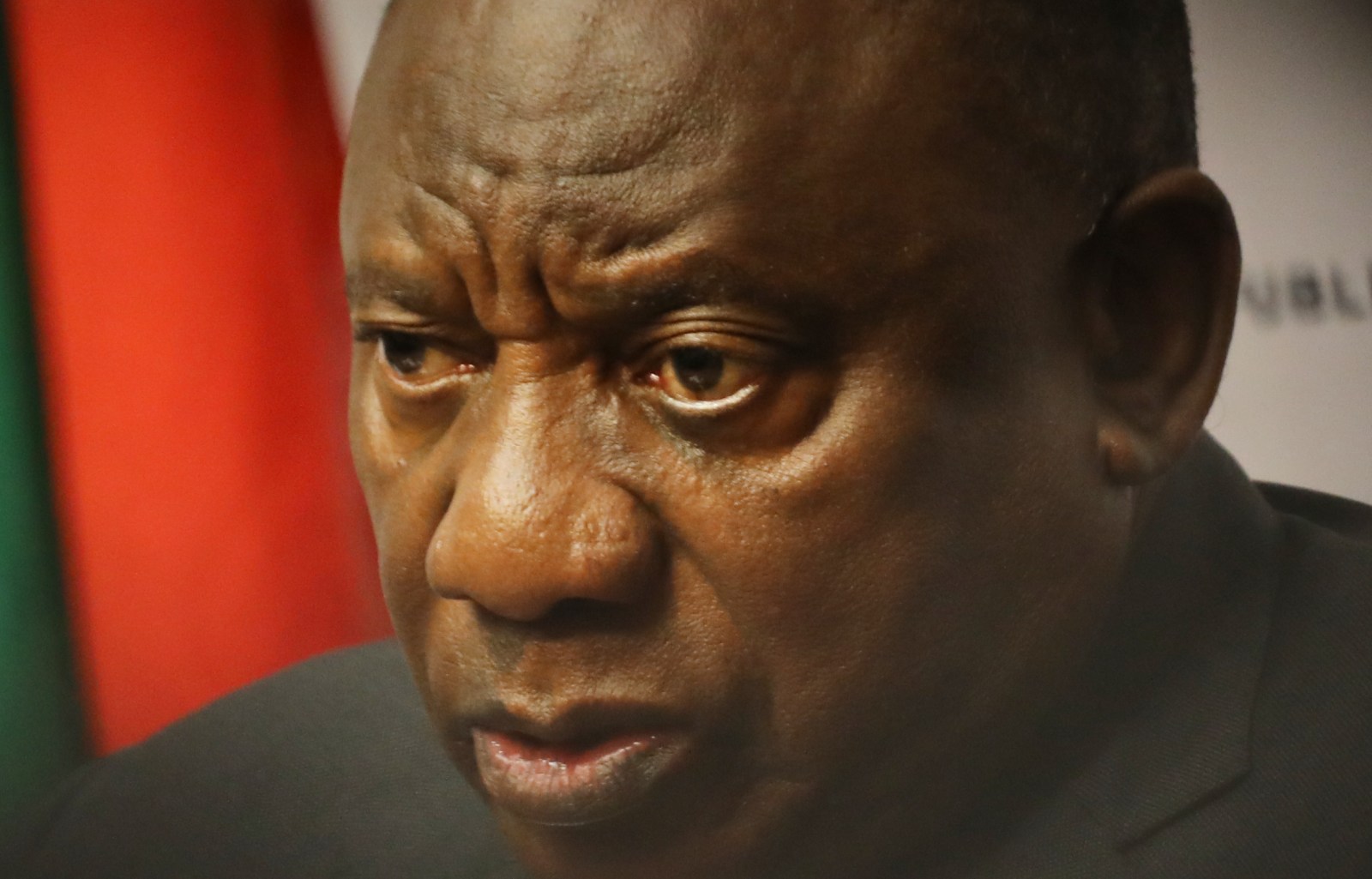 President Cyril Ramaphosa addresses the media during a press conference at Parliament on 10 June 2022. He would not answer any questions regarding the Phala Phala robbery, saying it is now a criminal matter. (Photo: Shelley Christians)

The Independent Police Investigative Directorate is set to investigate police conduct in regards to the Phala Phala farm theft, as requested by the African Transformation Movement which, along with other political parties including the DA and EFF, has taken a number of steps to hold President Cyril Ramaphosa accountable for what unfolded on his premises.

In an email sent by Independent Police Investigative Directorate (IPID) director Thuso Keefelakae, which Daily Maverick has seen, he confirms it will be investigating the role of law enforcement in the Phala Phala saga, and requested that African Transformation Movement (ATM) leader Vuyo Zungula give a sworn statement on the matter.

“This email serves to inform the Honourable Zungula that IPID has looked into the letter forwarded regarding the Phala Phala farm theft. The directorate has taken a decision to investigate the matter to partially look into the conduct of the police,” the letter reads.

“In order for the directorate to register and investigate the matter, IPID should obtain a sworn statement from yourself as the complainant and will in the process ask clarity seeking questions. This will enable IPID to effectively deal with the case.”

Read in Daily Maverick: “The Phala Phala burglary and Cyril Ramaphosa’s potential tax problem – or not”

In a letter dated 21 June 2022, addressed to IPID executive director Jennifer Ntlatseng, Zungula raised concerns about the damning allegation that newly appointed Police Commissioner Fannie Masemola and his predecessor, Khehla Sithole, were aware of the details surrounding the burglary.

Zungula then highlighted the involvement of other key figures as mentioned in reports by News24. Presidential Protection Unit head Wally Rhoode, who is said to have worked with then Crime Intelligence boss Peter Jacobs, as well as high-ranking officials and the Special Task Force were also covertly investigating the matter.

“It is common cause that in the affidavit deposed by [former State Security Agency boss] Arthur Fraser at the Rosebank Police Station, he alleges that Rhoode as well as active former Crime Intelligence officials kidnapped and interrogated suspects that are named in his affidavit. These are very serious and damning allegations which have the potential to erode the confidence of the public in the South African Police Service,” Zungula said.

“It is against this background that the ATM is requesting that the conduct of the police be investigated and, if substantiated, [that] corrective action be taken against all the affected individuals. The ATM is also very concerned that the very same officials will be overseeing the current criminal investigation where they are implicated. The ATM strongly recommends that all the affected police officers should be suspended pending the investigation into their alleged complicity.”

The public first became aware of the theft at Ramaphosa’s farm in Limpopo on 1 June when Fraser laid criminal charges. He accused the President of defeating the ends of justice, kidnapping and money laundering.

The former spy boss claims that large undisclosed sums of US dollars were unlawfully removed by burglars from Ramaphosa’s premises. Instead of reporting the matter to the police, Ramaphosa has been accused of having unlawfully instructed Rhoode to investigate it. Rhoode’s investigation led to the belief that the perpetrators were linked to a domestic worker at the farm.

Ramaphosa is alleged to have paid suspects, including his domestic workers, R150,000 each to not reveal that they had been kidnapped and interrogated.

In his closing speech at the ANC’s Limpopo provincial conference in Polokwane, Ramaphosa denied the allegations and said they were politically motivated.

The ATM,  along with other political parties, has been pressuring all law enforcement agencies to act on the alleged illegalities surrounding the robbery on the President’s farm in February 2020.

The EFF has assembled a legal team, led by advocate Tembeka Ngcukaitobi, to look into constitutional provisions to get Ramaphosa to step aside from his position.

EFF leader Julius Malema has called on the Financial Intelligence Centre, the Hawks, the National Prosecuting Authority, the South African Revenue Service and the Reserve Bank to look into whether the President is implicated in criminality.

The DA has requested that a separate parliamentary committee investigate the Phala Phala scandal, and has further written to the US Federal Bureau of Investigation to probe the President for money laundering.

Ramaphosa is expected to appear before ANC’s Integrity Commission after he volunteered to explain allegations that he had covered up the theft of a large sum of money from his farm. A date for this has not been set. DM