Oil heads for worst run of losses this year on recessio... 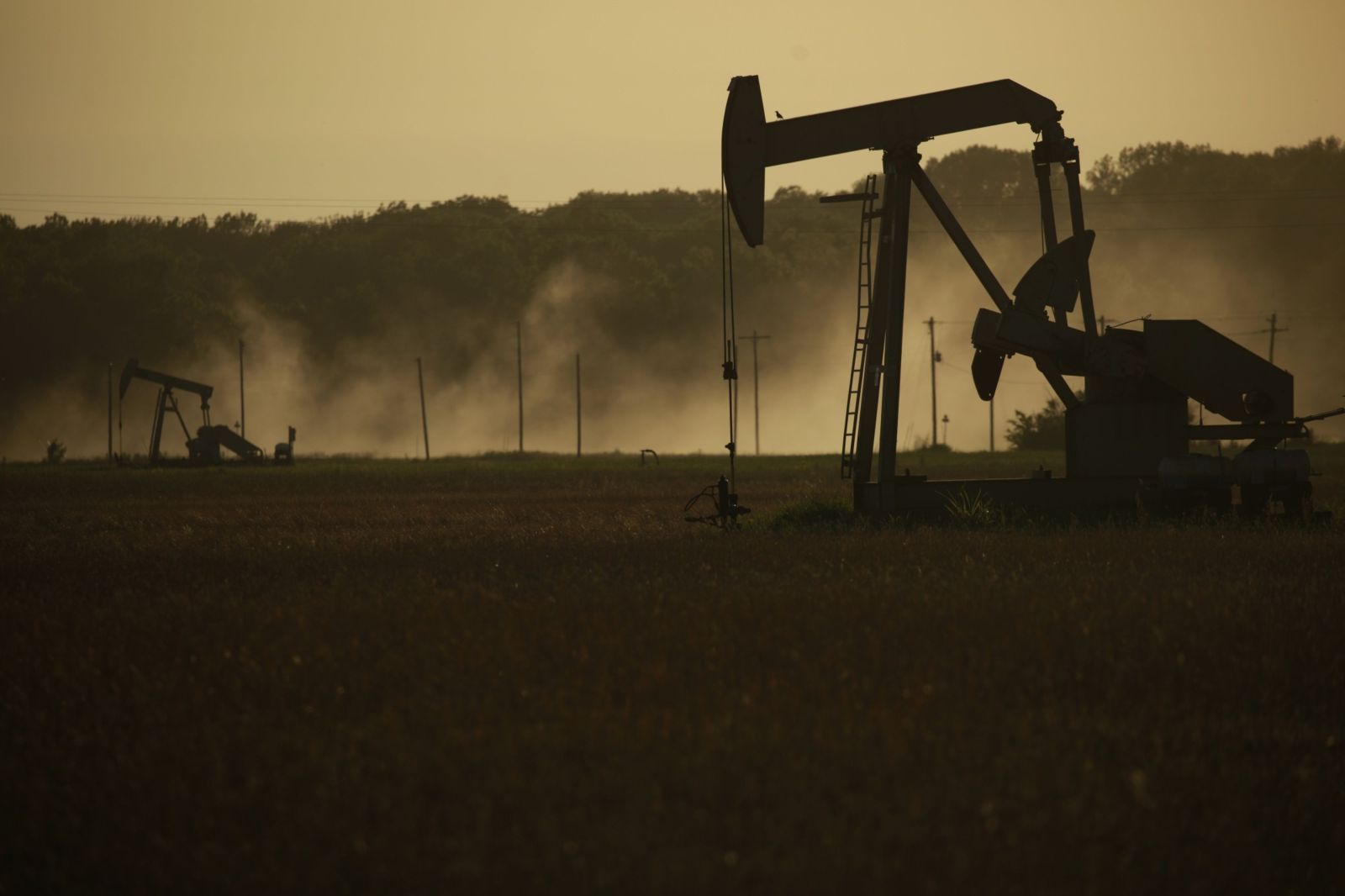 Oil pump jacks at the New Harmony Oil Field in Grayville, Illinois, US, on Sunday, June 19, 2022. Top Biden administration officials are weighing up limits on exports of fuel as the White House struggles to contain fuel prices that have topped $5 per gallon. (Photo: Luke Sharrett/Bloomberg)

West Texas Intermediate traded below $106 a barrel after tumbling on Thursday as commodities were pummelled. The US benchmark has shed more than 1% this week despite signs that the physical crude market remains tight.

Oil headed for a third weekly drop, its longest losing run this year, on concern that a potential recession will cut into energy demand.

Data this week showed weakness in US consumer spending, which is by far the biggest contributor to gross domestic product. That follows a pivot by the Federal Reserve to aggressively tighten policy to quell raging inflation.

Oil fell about 8% in June as investors fretted over a potential global slowdown, eroding a rally spurred by the war in Ukraine, interruptions to supplies and rising demand. The jump in prices alarmed President Joe Biden, who’s spearheading efforts to get producers in the Middle East to boost crude output.

The Organisation of Petroleum Exporting Countries (OPEC) and its allies ratified an oil-production increase this week, completing the return of supplies halted during the pandemic. Biden will travel to the Middle East later this month to urge Saudi Arabia and the United Arab Emirates to increase supplies further.

In a sign that US demand remains robust for now a record number of drivers are expected to hit the road this weekend for Independence Day travel, buttressing gasoline consumption. Average retail pump prices have eased slightly in recent weeks after hitting a record above $5 a gallon in June.

Oil’s time spreads, which traders track for indications on the strength of underlying demand, continue to flash broadly positive signals. Brent’s prompt spread – the difference between its two nearest contracts – was $3.42 a barrel in backwardation, up from $2.73 a month ago.

Economic data from Asia, however, pointed to weakening conditions. Purchasing manager indexes from across the region eased in June, with South Korea and Thailand among those showing the biggest declines, according to S&P Global.

“For oil, it is clear that macro developments are still the key driver for price direction at the moment,” Warren Patterson, the Singapore-based head of commodities strategy at ING Groep NV, said in a note. “Fundamentally, the market is still tight, so we expect only a limited downside in prices.” BM