Boks under pressure to provide much-needed tonic for th... 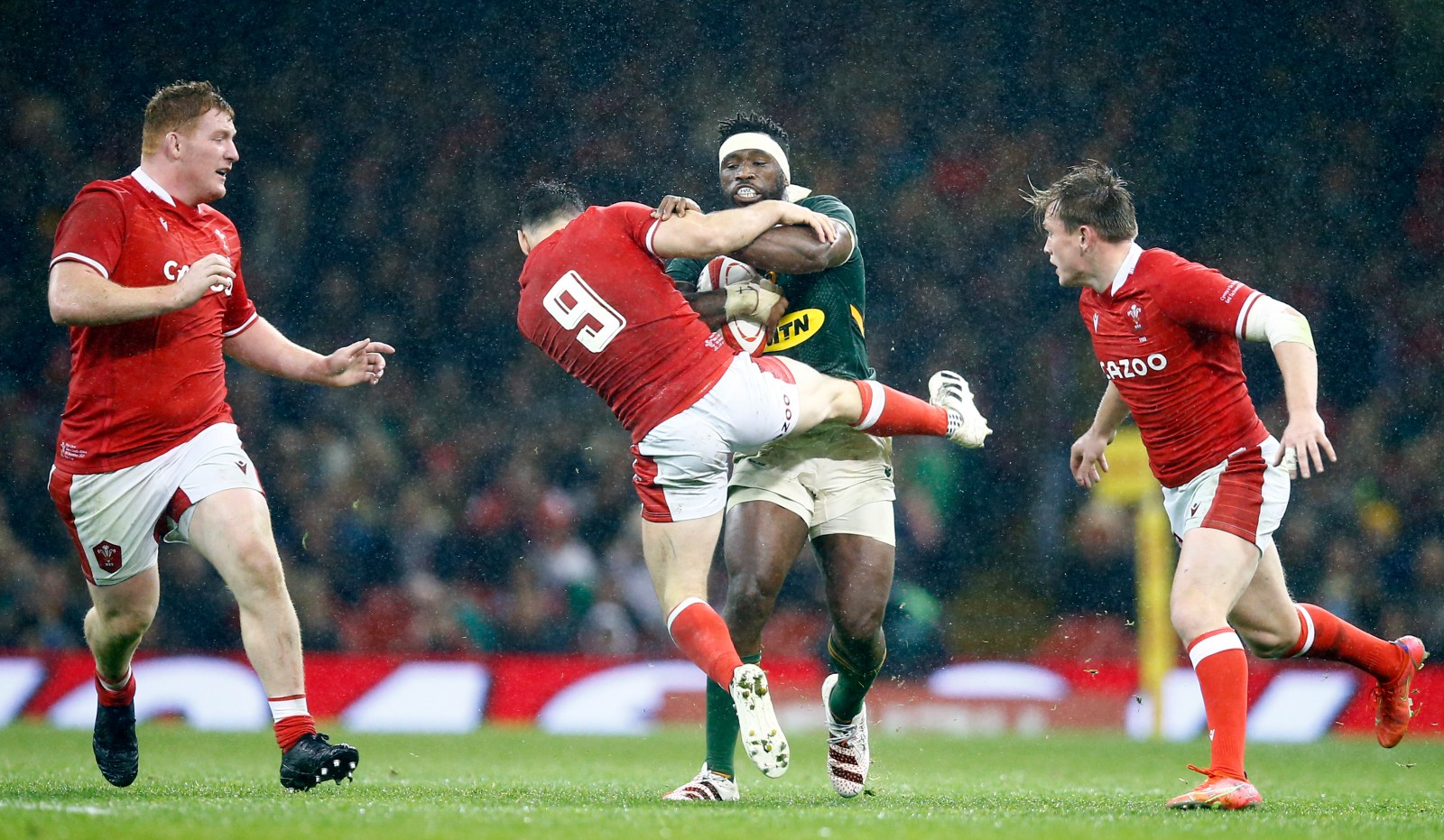 The Springboks will play their first home Test in front of a crowd since being crowned World Champions in 2019, when they take on Wales at Loftus tomorrow.

It might only be a rugby match – albeit a Test – but the Springboks’ first outing in front of a home crowd in nearly three years after becoming world champions is a bit of tonic the nation needs.

The Boks themselves often talk about giving hope to the country, and while their exploits against Wales at Loftus on Saturday won’t put food on the table for a struggling family, it does lift South Africa’s collective mood.

Seldom in post-apartheid South Africa has the country felt so helpless; so broke; so rudderless. These are dark times – literally.

With stage 6 loadshedding most of us are sitting in the dark on cold winter nights. The politicians of the country have failed and almost every political leader is embroiled in some sort of controversy, grift or scandal.

It feels as if South Africa has already fallen over a cliff and only a miracle will stop us from splatting into the ground soon. Which is why every little bit of good news and every bit of hope we can muster should be celebrated.

Seeing Siya Kolisi and his men, playing in front of 52,000 people, with millions (loadshedding permitting) watching on from homes, taverns, clubs and bars around the country will allow a brief time to push the grind of daily life in this beautiful, but broken country, aside for a while.

Wales, of course, could add to the misery by beating the Boks, which is why, in a strange way, the Loftus result is massive. Obviously, the result of every Test is important, and even more so in the first of three-Test series. But it’s even deeper than that.

The Boks simply must win to hold up their end of the unwritten contract with the public. The 52,000 spectators at the stadium, many of whom are feeling financial strain but still buying expensive Test tickets, and the millions at home forking out for DStv, need to feel like their money is well spent. They need a little hope.

Statistics suggest the Boks should win comfortably. Wales have never won a Test in South Africa in 10 attempts. At Loftus they have lost three times – including a 96-13 hiding in 1998. South Africa also beat Wales 53-18 and 37-21 in Pretoria in 2004 and 2008 respectively.

The past though, won’t count for anything on Saturday. Wales are a highly professional and organised side with some superb players. Their recent form has been poor with just one win out of five matches in the 2022 Six Nations, which included a home loss to Italy. That was the last time they played.

Wales only managed to score eight tries in the Six Nations even though they carried the ball more than any other team except Ireland. They also had the second most metres kicked, suggesting their game was mixed, and possibly a bit confused.

No doubt they’ll have more clarity on their approach knowing what the Boks will bring – set-piece power, an accurate tactical kicking game, smothering defence and the intangible swagger of world champions.

Welsh clubs sides struggled in the United Rugby Championship (URC), with none recording a win over South Africa’s four teams in the competition. And now they are on tour at the end of a long domestic season. Nothing points to Welsh success, which is precisely what makes them dangerous.

The Dragons have nothing to lose. They aren’t expected to put up much resistance (at least that’s the opinion of many outside the Bok camp) so there is not much pressure and certainly less expectation. The Boks should be wary.

“Everybody does their homework, we know what we think is coming,” Wales coach Wayne Pivac said. “We are at altitude in the first Test. We factor those things in. We have a game-plan fit for this venue and this opposition.

“Everybody knows what you’re coming to, you’ve got this rich history and a lot is made of playing at altitude. It’s exciting. The boys are really enjoying being in a different climate. It’s a massive challenge. It’ll be a good test and it’ll show us exactly where we are.”

Wales fly-half and captain Dan Biggar believes that neutralising the Boks’ power game will be Wales’ best chance to match the home team. It appears to be a sense that Bok flyhalf Elton Jantjies might be an area they can exploit.

“I’ve played against Elton quite a few times and he’s got all the tricks in his skill set, hasn’t he, in terms of his kicking and passing game. We’re fully aware of what he brings,” said Biggar.

“Elton has got a pretty decent eight guys in front of him in that pack. If we can create some problems for the forward pack, we can make his life a lot more difficult. The same applies to Faf de Klerk.

“If we don’t get the upper hand there or stem the flow from there, as you have to against any South African team you play, then most nines and 10s are going to have a pretty good afternoon.”

Boks mix it up

Bok coach Jacques Nienaber stuck mainly to his tested personnel but did raise a slight surprise with the selection of Damian Willemse at fullback.

He also preferred to stick with Jasper Wiese at No 8 instead of buckling to public sentiment and picking URC Player of the Tournament Evan Roos for his Test debut. Roos is a massive talent but Wiese plays more in the Duane Vermeulen mould.

It’s obvious that the Boks will do what Pivac and Biggar expect, and make it a highly physical confrontation. Wiese and retreaded lock Franco Mostert at blindside flank, emphasise the approach, as does a six-two split between forwards and backs on the bench. There won’t be any let-up in power for the full 80 minutes.

Willemse will also be auditioning for the all-rounder role that Frans Steyn has fulfilled for the Boks so effectively in recent years. The Stormers star can play centre, flyhalf and fullback – just like Steyn.

“Last year we had a plan for him [Willemse] and then unfortunately against Wales, he got concussed. He wasn’t up for selection for the rest of the tour. I hope, touch wood, that things will work out for him this year and we can give him an extended run.

“We want to give him as much exposure to international rugby as we can ahead of the World Cup. Then again, saying that, the ball is in Damian’s court, just like the rest of 23 that have been selected for this week.

“They need to deliver a performance and make sure that they tick the boxes we want them to tick. But we have full faith in a guy like Damian. He’s an excellent player who’s gained some substantial experience being with us since 2018.

“We’re confident he’ll be one of the guys who drives us forward this year.”

With Jantjies at flyhalf, and Willemse at fullback, it’s also a nod to a needed evolution of approach. The bludgeon is in fine working order, but the rapier needs sharpening. They could be the two that bring the cutting edge.