With a minister and her DG at odds, nine public servant... 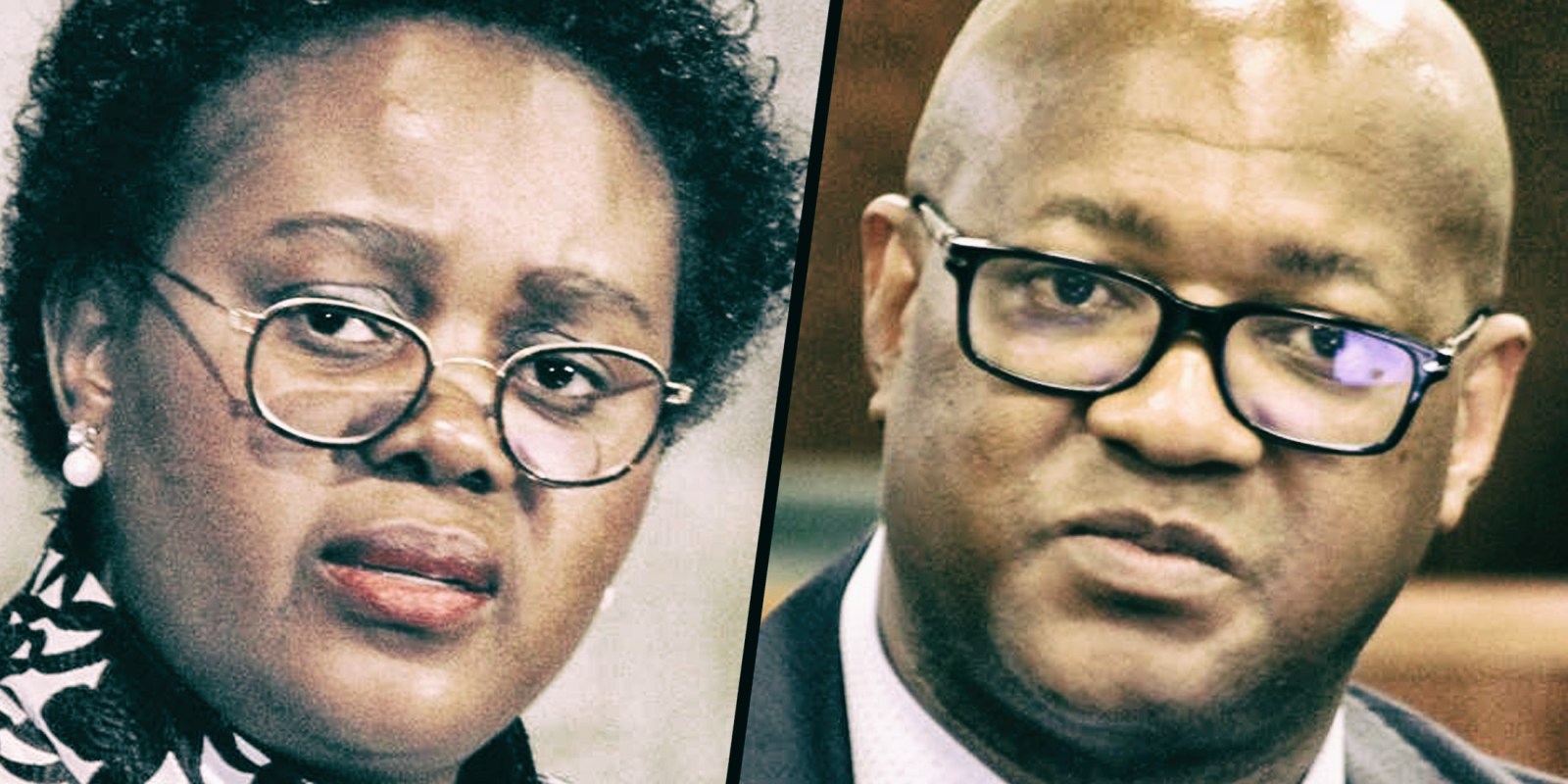 Six of the nine Human Settlements officials who have been on effective garden leave for 11 months may now also be homeless. It’s the latest twist in the wrangles of the ministry and the department, where still pending is the Presidency’s preferred mediation outcome — the director-general’s transfer.

When ministers get shuffled between portfolios, they can take with them their political appointees and ministerial staff. Alongside special advisers, according to the 2019 Ministerial Handbook, this staff complement of seven comprises a chief-of-staff, a private/appointment secretary, a media liaison official, a parliamentary officer, a community outreach official, an assistant appointment secretary and a receptionist.

Permanently employed public servants stay put. That’s the Public Service and Administration law and regulation — and a pillar of that efficient, effective and professional public service South Africa seeks to have.

That’s also why directors-general (DGs) are appointed on five-year contracts with Cabinet approval, and disputes are handled through the Presidency. Stability between political office and the helm of the administration — or the “political-administrative interface”, in government jargon — is key, according to various government policy documents, including the 2012 National Development Plan. Several spectacularly bruising public clashes between ministers and DGs initiated such measures as far back as the Thabo Mbeki presidency.

Why is any of this important now?

Because disputes at Human Settlements continue to simmer, 11 months after the August 2021 Cabinet reshuffle ushered in a new minister. It’s about tensions between the minister and the DG, the reinstatement of a deputy DG with unresolved disciplinary proceedings, while two others and the chief financial officer (CFO) have been ditched and a dispute over nine public service officials is still in workplace limbo, with six losing their job-related sessional privileges such as accommodation.

The most visible sign of this discord is the animosity between Human Settlements Minister Mmamoloko Kubayi and Human Settlements Director-General Mbulelo Tshangana, who was appointed to that post in March 2016.

It’s understood the DG was taken aback at being “bypassed” for junior officials by the minister. The minister, in turn, raised her concerns about the DG’s “poor work ethic”, according to emailed ministerial responses following a request for comment.

“On many occasions, the DG defied the minister to the extent that the minister found it unbearable. Despite [the] minister’s attempts to improve working relations with the DG, the DG was incorrigible, so the efforts came to nought.”

And while the minister suspended the DG in early June, the DG stayed put, saying only the President could suspend him.

That’s because the Presidency handles DG-related matters as the courts confirmed, for example, in October 2017 when the then Home Affairs DG, Mkuseli Apleni, successfully overturned his suspension by Home Affairs Minister Hlengiwe Mkhize.

President Cyril Ramaphosa did step in at Human Settlements and mediation ensued.

In Tshangana’s case, according to News24, on 9 June the President wrote to the minister and the DG, indicating his preferred option would be for DG Tshangana to be transferred to an alternative position in the public service at the same level. The less-liked other option was to keep Tshangana in place and monitor the working situation for a maximum of five months. But the President’s problem is that all DG posts are filled.

So moving Tshangana to another portfolio isn’t really possible right now — unlike the case with spy boss Arthur Fraser in April 2018 amid the oversight crisis Fraser triggered by withdrawing Intelligence Inspector-General Setlhomamaru Dintwe’s security clearance needed for the job. Ramaphosa was able to move Fraser to Correctional Services because that DG post had been vacant since August 2017 after commissioner Zach Modise hit 60, the mandatory retirement age.

(Note: Several service delivery departments are held by acting incumbents who, as is the public service norm, have full delegation of powers to do the job.)

In an unusual move, Tshangana issued a public statement on 11 June, pointing out that only the President could suspend him, and that had not happened.

“I will continue to occupy my post as the Director-General of the Department of Human Settlements, and carry out and perform my duties as Director-General until the process of the meditation is finalised by the Presidency,” said Tshangana.

On Wednesday, Tshangana declined to comment on the matter, other than to confirm: “I have not been put on special leave by the President.”

Minister Kubayi, who led South Africa’s delegation to the World Urban Forum in Poland this week, had referred all questions regarding the DG’s status to the Presidency. No comment was received.

Caught in the middle are nine officials of varying seniority and family circumstances. In February, when Daily Maverick wrote about this, the Human Settlements ministry indicated the Department of Public Service and Administration would be approached.

As permanently employed public servants, but not attached to a specific departmental job, in Public Service and Administration jargon they are supernumeraries. As such, they must be placed into a public service job,  — if not at Human Settlements, then another department.

But right now it seems the Human Settlements ministry is questioning these officials’ public service permanent employment status, which comes with support including relocation allowances and so-called sessional privileges such as accommodation in one of the three parliamentary villages.

Curiously, Tourism Minister Lindiwe Sisulu complained about the Human Settlements staff, according to a Public Works parliamentary response to the DA on occupancy at the three parliamentary villages.

“I received a complaint from the Minister of Tourism of six former sessional officials, who are illegally occupying units at Acacia and Pelican Park parliamentary villages,” said Public Works Minister Patricia de Lille in her parliamentary reply published on 14 June.

“The [Public Works] department has instituted the process of eviction as at 12 May 2022. The department has also requested that the SAPS at the gates refuse entry to the six former sessional staff members.”

“Mr [Francois] Hugo was promoted as deputy director-general when in fact he was a chief-of-staff in the former minister’s political office. There are other officials promoted from deputy director to chief director and officials appointed without qualifications as directors.

“Ministerial staff employment contracts are linked to the term of office in a particular department and they terminate along with either the end of term of the minister or a reshuffle. Minister Sisulu must explain why the staff assigned to her office were left behind in Human Settlements when she moved to the Department of Tourism,” stated the response.

Daily Maverick sought to contact the officials. Hugo declined to comment, as: “I am not authorised to speak to the media.”.

Turning to the PSC to investigate is another twist in this saga. It comes after the April 2020 launch of the Public Administration Ethics, Integrity and Disciplinary Technical Assistance Unit. Established in terms of the 2014 Public Administration Act, it’s meant to reduce lengthy precautionary suspensions and to speed up disciplinary processes to be wrapped up the 90-day stipulated norm.

The PSC had investigated and recommended disciplinary action against the Human Settlements deputy director-general for corporate services, Nelly Letsholonyane, in May 2019 following her suspension by Tshangana.

In October 2021, Kubayi reinstated Letsholonyane to her old post.

“The minister applied her mind and determined that the state could not continue to pay a salary of a senior staff member for that long with no value added to the department. Furthermore, the matter has dragged on for too long with no indication that a resolution was in sight,” said the ministerial response.

In December 2021, Kubayi, on the back of a legal opinion that found contracts were irregularly extended, told CFO Funani Malatsi and deputy directors-general Neville Chainee and Joseph Leshabane to stay home until their original contracts expired, according to the Sunday Times.

Kubayi, who has represented the government at the National Economic Development and Labour Council negotiations and is the governing ANC’s economic transformation honcho, pointed out she has worked with the same ministerial team since heading the energy ministry in 2017.

According to the minister’s responses to Daily Maverick’s request for comment: “This has ensured that she maintains stability and performance and does not burden her successor with staff, linked to the term office.”

The next steps in this saga of the nine public servants must now unfold.

Meanwhile, Ramaphosa is sitting with the headache of finding another DG’s post, or equivalent, for Tshangana — or monitoring for no more than five months the situation at Human Settlements.