After the Bell: Welcome to SA - The country is back in... 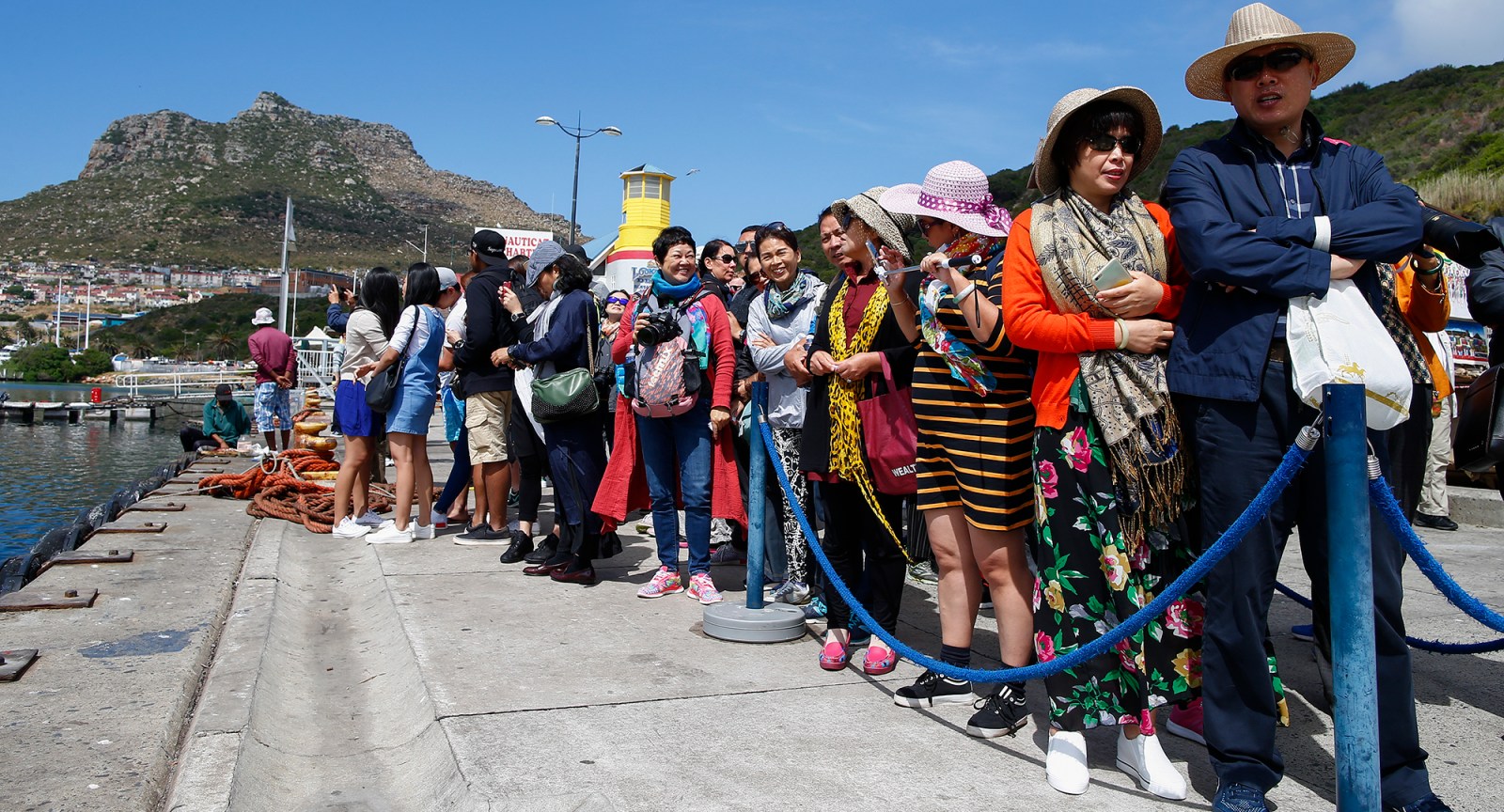 Tourists wait to board a boat at the wharf in Hout Bay harbour, Cape Town, South Africa, on 24 November 2016. (Photo: EPA / Nic Bothma)

There is a chance you might be interested in some good news. In SA, ‘good news’ can be roughly defined as anything that does not have to do with Eskom, politics, hubbly-bubblies or red oryx. The real good news is that tourism is back.

South Africa is such an odd place. It always surprises in ways that you don’t expect. But one thing I have always loved is the feel of the country. You can be on your 25th load shedding of the day, and you look out on one of the hundreds of glorious vistas that bedeck our country, and somehow everything feels better again. At least, until you try to turn on a light.

Nobody needs to be told this, but South Africa is blessed with a huge variety of very different geographies, all of which have their own beautiful characteristics. I live in the Karoo, which many of my friends describe as the boring bit where you play word games when driving from Johannesburg to Cape Town.

As a resident, I look out on a Karoo sunset and a sense of deep, visceral contentment fills my deepest soul. I also know there is not just a single Karoo; there are at least six different types of Karoo, each of which have very different characteristics, including different vegetation and topography.

This beauty and the temperate weather and the widespread warmth of the people is such an obvious advantage that even South Africa’s politicians understand its utility as an income-earner and job-creator.

So it was with a sense of relief I noticed that Sun International’s business update suggests revenue for the year is likely to be about 92% of its 2019 income. The company said its revenue for the five months to 31 May 2022 increased by 34% to R4.28-billion from the same period in 2021. This must have been the easiest trade in history.

What a turnaround – and what a relief for the company, its employees and shareholders. And what a torrid time the company has been through, like its main comparators, Tsogo Sun and City Lodge.

In its interim period, City Lodge noted that in some months, its occupancy was down to 10%. The dread from wave after wave of Covid spoiling their turnaround chances must have been just awful.

How these groups have managed to hang on is really impressive.

Both Tsogo and Sun International have what they call “gaming” – what the more straightforward among us call “gambling”. That must have helped them over the hump. I suspect they were also helped by the fact that a lot of their infrastructure was built some time ago, and none had grand plans to build more.

The question now is whether to invest, given that the Covid turnaround is well established. In some ways, this is an easy question to answer because their rising income should help to pull their share prices up.

Sun International, for example, is trading at around R30 now, way off its peak of R230 in 2015, even though the share has risen steadily from the start of the year. Tsogo’s bounceback has been more aggressive, but it too is quite a bit short of its highs.

The interesting thing about tourism in SA is how many short-term visitors SA has. For example, in 2019 about 14.8 million visitors entered SA, but about 31% of them came just for a day. This is largely made up of shoppers who nip into SA to buy stocks, often for resale. They are not conventional tourists, but the numbers are so large, it’s a sector worth watching.

Overall, the sector is about 4% of GDP, which doesn’t sound like much, but it’s larger than the agriculture sector. And the amount of money SA gains from tourism is huge: about R120-billion in 2019, according to Stats SA.

Although we all are enthused about tourism, and rightly so, the question for me is, why is it so small?

It seems crazy to say this, but working on the figure of about eight million regular tourists, is that good or bad? Personally, I think it’s kinda bad.

It’s also a different dynamic, but some Asian countries are really blowing away the tourism statistics. For example, Thailand gets 40 million a year, and Malaysia gets 25 million.

And here is the thing that people don’t know: the correlation between foreign direct investment and tourism is really uncanny. As economist Roelof Botha pointed out in this piece, none of the countries most favoured by the SA government from an ideological point of view features highly in the tourism stats or the foreign investment stats. Yet Europeans are both SA’s biggest visitors and its biggest investors.

Tourism is such a great advantage to the country for a very simple reason – it’s comparable to exports, except it happens inside the country.

To put it another way, your export market comes to you. BM/DM