The iPhone turns 15: a look at one of the most influent...

The iPhone turns 15: a look at the past (and future) of one of the 21st century’s most influential devices 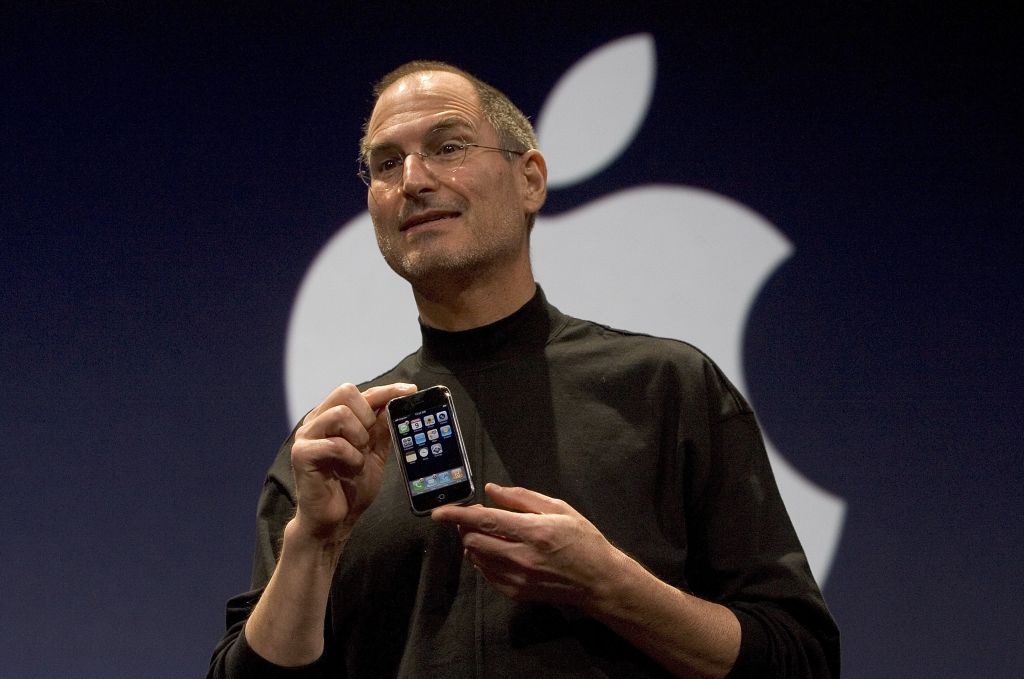 Apple CEO Steve Jobs holds up the new iPhone that was introduced at Macworld on January 9, 2007 in San Francisco, California. The new iPhone combined a mobile phone, a widescreen iPod with touch controls and a internet communications device with the ability to use email, web browsing, maps and searching. Image: David Paul Morris / Getty Images

Despite its ‘innovator’ status, Apple usually wasn’t the first one to offer groundbreaking new features. But it knew how to adopt existing features in groundbreaking ways.

It is 15 years since Apple released what’s arguably its flagship device: the iPhone. A decade and a half later, there are few products that have managed to reach a similar level of brand recognition.

Announced to an eager audience in 2007, the iPhone has revolutionised how we communicate and even how we live day to day.

The iPhone was released in the United States in June 2007, and in a further six countries in November.

From the launch of Mac computers in the 1970s to the iPod in 2001, Apple already knew how to engage with its audience – and how to encourage extraordinary levels of hype when launching a product.

Early reviews for the iPhone were almost universally glowing, applauding Apple’s attention to detail and style. The only problem flagged was network connectivity – and this was an issue with slow speeds on phone carrier networks, rather than the device itself.

Consumers’ appreciation of the iPhone’s style was no surprise. It was indicative of an emerging trend towards smartphones with large-format screens (but which still reflected the form of a phone). The Nokia N95 was another such example that hit the market the same year.

It was also limited to 4GB or 8GB models. This might sound pitiful compared to the 1TB options available today, but it’s enough to hold hundreds of songs or videos and was revolutionary at the time.

The iPhone 3G was rolled out across the globe in July 2008, with significantly improved data speeds and the addition of the Appple App Store. Even though it offered a mere 500 apps at launch, the app store marked a significant improvement in phone functionality.

And just as users started getting used to 3G, it was superseded by the 3GS about a year later.

This cycle of regularly pushing out new products was critical to Apple’s success. By releasing regular updates (either through whole product iterations, or more minor functionality improvements) Apple managed to secure an enthusiastic audience, eager for new releases each year.

Also, since older products would often be passed down within families, Apple’s product pipeline helped it establish a multi-generational user base. This pipeline continues to operate today.

The iPhone family has delivered size, speed and storage improvements over its 15-year history. Some of its “new” features weren’t necessarily new to the market, but Apple excelled at delivering them in highly integrated ways that “just worked” (as founder Steve Jobs would say).

In 2013, the iPhone 5S introduced touch ID, which allowed users to unlock their phones with a fingerprint. While this had first been introduced with the Fujitsu F505i back in 2003, Apple delivered a robust implementation of the feature. Of course, it wasn’t long before enterprising individuals learnt how to bypass the mechanism.

The iPhone 8, released in 2017, brought with it the face ID feature. This still had weaknesses, but was at least immune to being unlocked with a photo.

Beyond security, the iPhone series has also produced year-on-year improvements in camera technology. While the original model sported a paltry two-megapixel camera, later models featured multiple lenses, with resolution boosted to 12 megapixels – rivalling many digital cameras on the market.

Wireless charging was introduced with the iPhone 8 (although preceded by Samsung as early as 2011). And the bezel-less design of the iPhone X, released in 2017, built on features found in the Sharp Aquos S2 from the same year.

Nonetheless, the iPhone has not been without problems. The introduction of the iPhone 7 in 2016 saw the removal of the standard 3.5mm headphone socket – and many weren’t happy.

I deeply loathe & mourn the Apple decision to ditch the 3.5mm headphone socket and have lost several lightning adaptors. With one phone with and one without the socket with the help of some heat shrink sleeving I can finally have a headphone solution for all circumstances pic.twitter.com/qZD6pEcYK0

While an adaptor was initially provided for customers to connect their regular headphones, it was only free for about two years. After that it had to be purchased. In 2016 there were indications of a spike in wireless headphone sales. Perhaps somewhat conveniently, Apple launched its AirPods (wireless Bluetooth earbuds) at the same time.

A similar change came in 2020 with the release of the iPhone 12. Arguing consumers had a multitude of spare devices – and perhaps trying to ride on the green re-use agenda – Apple removed chargers from the unboxing experience.

Users still received a charge cable, but it was a USB-C to lightning cable, whereas previous iPhone chargers would have a USB-A socket (the standard USB port).

The justification iPhone users would have a box full of old chargers overlooked the fact that none of them would be likely to support the newer and faster USB-C cable.

So you could use your old USB-A to lightning cable and charger to charge your shiny new phone, but you’d be limited to slower charging speeds.

If the past 15 years are anything to go by, it’s likely the iPhone will continue with annual product releases (as we write this article many will be anticipating the iPhone 14 due later this year).

These models will probably bring improvements in speed, weight, battery life, camera resolution and storage capacity. However, it’s not likely we’ll be seeing many groundbreaking innovations in the next few years.

Perhaps the most radical change will be the shift from Apple’s proprietary lightning connection to USB-C charging, thanks to a new European Union directive. And while a common power connector standard is widely considered a positive move, Apple wasn’t convinced:

“We believe regulations that impose harmonisation of smartphone chargers would stifle innovation rather than encourage it.”

As display technologies evolve, Apple may turn to the clam-shell phone design, with a fully foldable display screen.

Samsung has already brought this to the market. But Apple, in true fashion, will likely wait until the technology (particularly the glass) has evolved to deliver an experience in line with what iPhone users have come to expect.

While we can’t predict what the iPhone will look like in another 15 years (although some have tried), it’s likely the demand for Apple products will still be there, driven by Apple’s strong brand loyalty. DM/ML

Ismini Vasileiou is an Associate Professor in Information Systems at De Montfort University. Paul Haskell-Dowland is a Professor of Cyber Security Practice at Edith Cowan University.

In case you missed it, also read What Apple’s iPhone and other tech products reveal about the bullying tendencies of modern-day monopolies