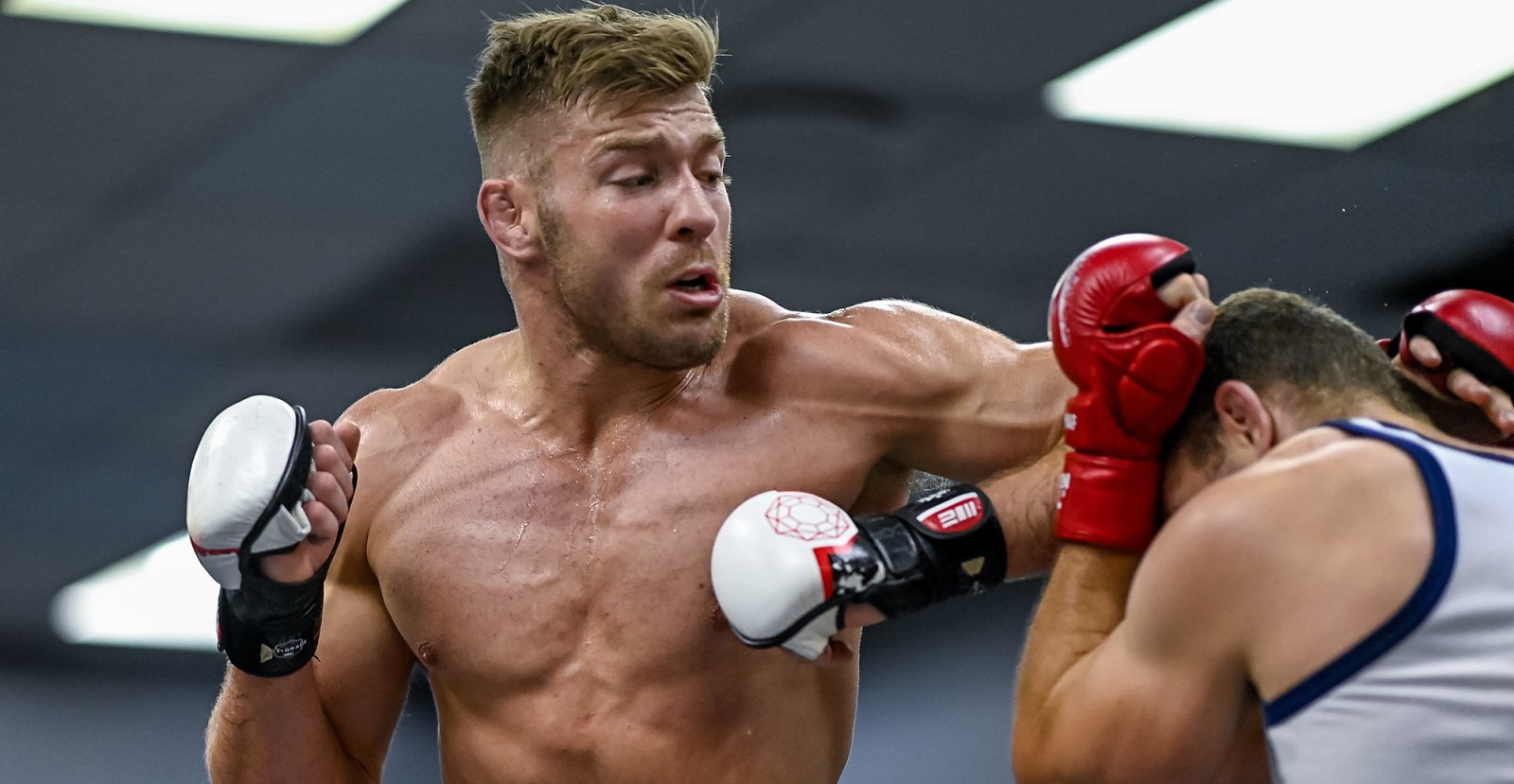 Dricus du Plessis of South Africa during a training session ahead of his UFC fight at CIT Performance Institute on 30 September 2020 in Pretoria, South Africa. (Photo: Anton Geyser / Gallo Images)

Dricus ‘Stillknocks’ du Plessis (16-2) will be flying the South African flag high early on Sunday when he takes on America’s Brad Tavares (19-7) in a middleweight clash in the UFC 276 undercard.

Australia’s Alexander Volkanovski (24-1) defends his featherweight title against number one challenger Max Holloway (23-6) as the co-main event, which promises to be another bout expected to light up the T-Mobile Arena in Nevada.

Du Plessis, the former EFC (South Africa’s mixed martial arts competition), welterweight and middleweight champion, has only had two fights – winning both by knockout against Markus Perez (13-6) and Trevin Giles (14-4), respectively – since graduating to the UFC in 2020.

Du Plessis has been unlucky with injuries and opponent withdrawals during his two-year period in the UFC, but the 28-year-old still has big dreams for his mixed martial arts career.

“I have the ultimate goal, which is to be the greatest fighter to ever walk the Earth. And to be able to do that, I have steps to follow,” Du Plessis told ESPN.

“I want to be the kind of champion that gets that pound-for-pound number one spot, and holding that spot and doing so in spectacular fashion so that nobody can deny that I’m the greatest of all time.”

Du Plessis is still some way off being a credible challenger to Israel Adesanya in the middleweight category. However, a victory over Tavares will bring him closer to becoming a ranked fighter and eventually competing for the title.

The bout against Tavares will be his first against a ranked opponent in UFC, after his fight against Kelvin Gastelum (17-8) in April at UFC 273 was cancelled when Gastelum withdrew due to an undisclosed injury.

“Who gets an injury a week before a fight?” Du Plessis told The MMA Hour about Gastelum in April.

“What could you possibly be doing to get injured, and if he was injured, you don’t know what the camp was like, but why would he insist on having a new opponent when he had to pull out? So he wasn’t injured on Monday, because that’s [when] he insisted on the fight, and all of a sudden, he’s injured on Friday? That sounds very fishy to me.”

Du Plessis, who holds a second-degree black belt in kickboxing, has been in continual training since his cancelled bout in April. Training at SanfordMMA in Florida, working with the likes of Michael Chandler and Kamaru Usman, to help prepare for his third UFC fight.

“If you don’t have that hunger, and you’re not willing to work to be the best, you will always be second, and nobody knows who second-best is,” said Du Plessis.

Du Plessis’s victories over Perez and Giles – in 2020 and 2021, respectively – vindicated his long-held belief that he belonged in the toughest mixed martial arts league in the world.

“Getting my first two victories via knockout was absolutely amazing,” he told ESPN.

“We always knew that I had power in my hands, especially at 185lbs. [It was great] to finally get those knockouts and see the hard work on the stand-up paying off.”

However, Du Plessis believes the experienced 34-year-old Tavares will be his toughest fight to date – even tougher than his cancelled bout against 10th-ranked Gastelum would have been.

“I think Brad Tavares is a much harder fight than Gastelum. I think Tavares is an extremely great athlete. He is tough as nails. He has great striking. He has very good takedown defence,” Du Plessis said.

“My game plan is to go out there and finish Brad Tavares and do within three rounds what the champion [Adesanya] couldn’t do in five. And that should be making a good statement.” DM

UFC 276 will be broadcasted on SuperSport from 4am on Sunday.