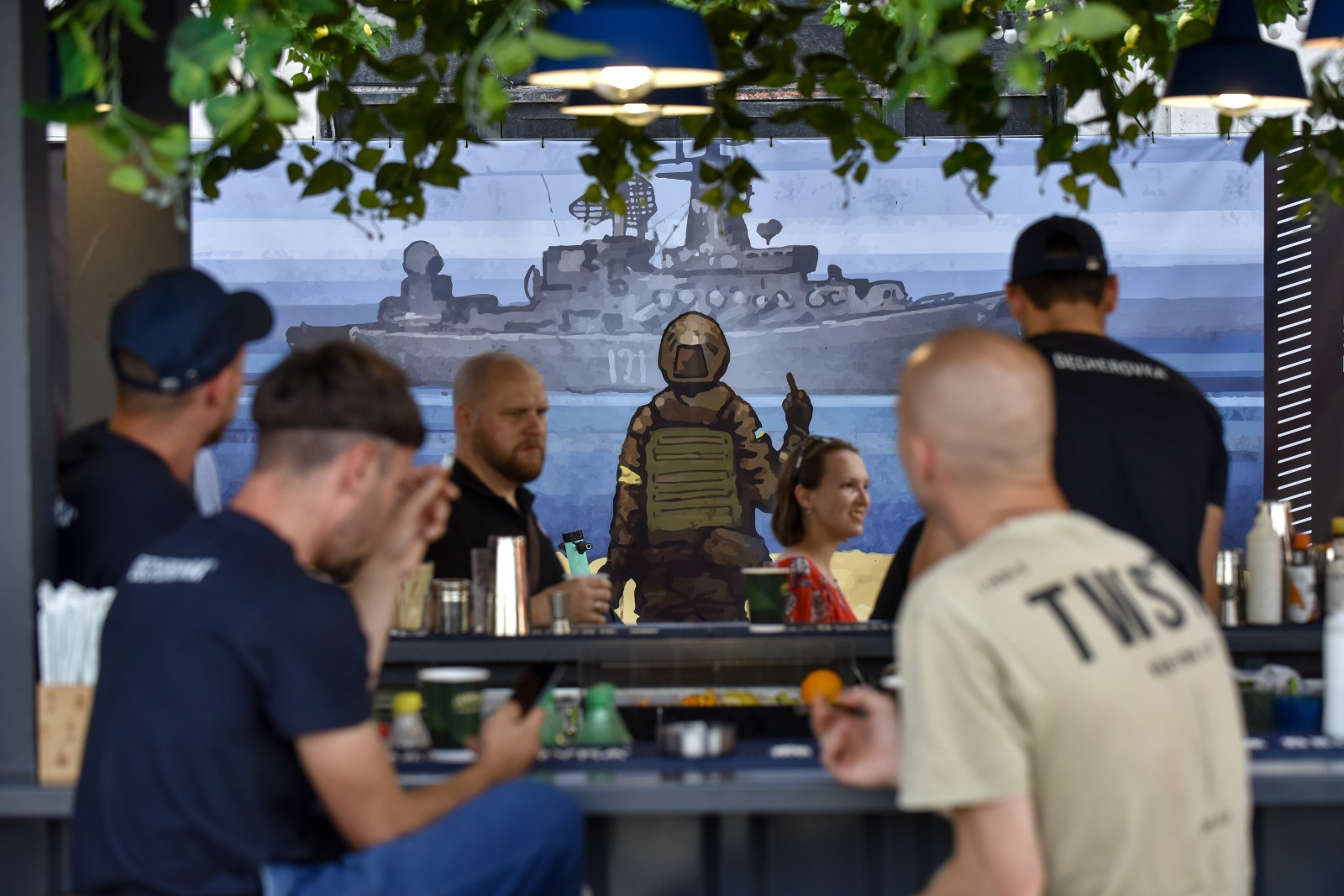 A poster with the iconic depiction of a Ukrainian soldier gesturing towards a Russian warship off Snake Island is seen in a bar in Kyiv (Kiev), Ukraine, 26 June 2022. EPA-EFE/OLEG PETRASYUK

Snake Island, which Russia occupied on the first day of its invasion, achieved fame when Ukrainian border guards stationed there rejected a Russian warship’s demand for their surrender.

Russia’s defence ministry confirmed Russian troops had withdrawn from Snake Island, calling it a “goodwill gesture” and saying the troops had fulfilled the tasks assigned to them.

The Russian ministry added the move showed Russia was not impeding U.N. efforts to organise a humanitarian corridor to export agricultural products out of Ukraine.

Reuters was not immediately able to verify the Ukrainian and Russian accounts.

On Wednesday Russia said it was ready to work with the United Nations to combat the risks of a global food crisis, following a conversation between Foreign Minister Sergei Lavrov and U.N. Secretary-General Antonio Guterres, but no concrete measures were announced at the time.

Last month Britain’s defence ministry said that if Russia were able to consolidate its position on Snake Island with strategic air defence and coastal defence cruise missiles, it could dominate the north-western Black Sea.

Zelenskiy’s chief of staff Yermak said Ukraine’s armed forces drove Russian troops from the island and said Russia’s claim the withdrawal was out of goodwill was untrue.

He repeated Ukrainian accusations that Russia was provoking a global food crisis by blocking Ukraine’s ports and targeting storage facilities.

Since Russia invaded on Feb. 24, Ukrainian grain shipments from its Black Sea ports have stalled and millions of tonnes of grain are stuck in silos.

Moscow says the onus is on Kyiv to remove mines from the ports to free up shipping lanes and says Western sanctions against it are worsening the situation.

A first cargo ship left the Russian-occupied Ukrainian port of Berdyansk in the Sea of Azov in Ukraine’s east, a local official said on Thursday, after Russia said the port had been de-mined and was ready to resume grain shipments.

Russia and Ukraine account for nearly a third of global wheat supplies, while Russia is also a key global fertiliser exporter and Ukraine is a major exporter of corn and sunflower oil.