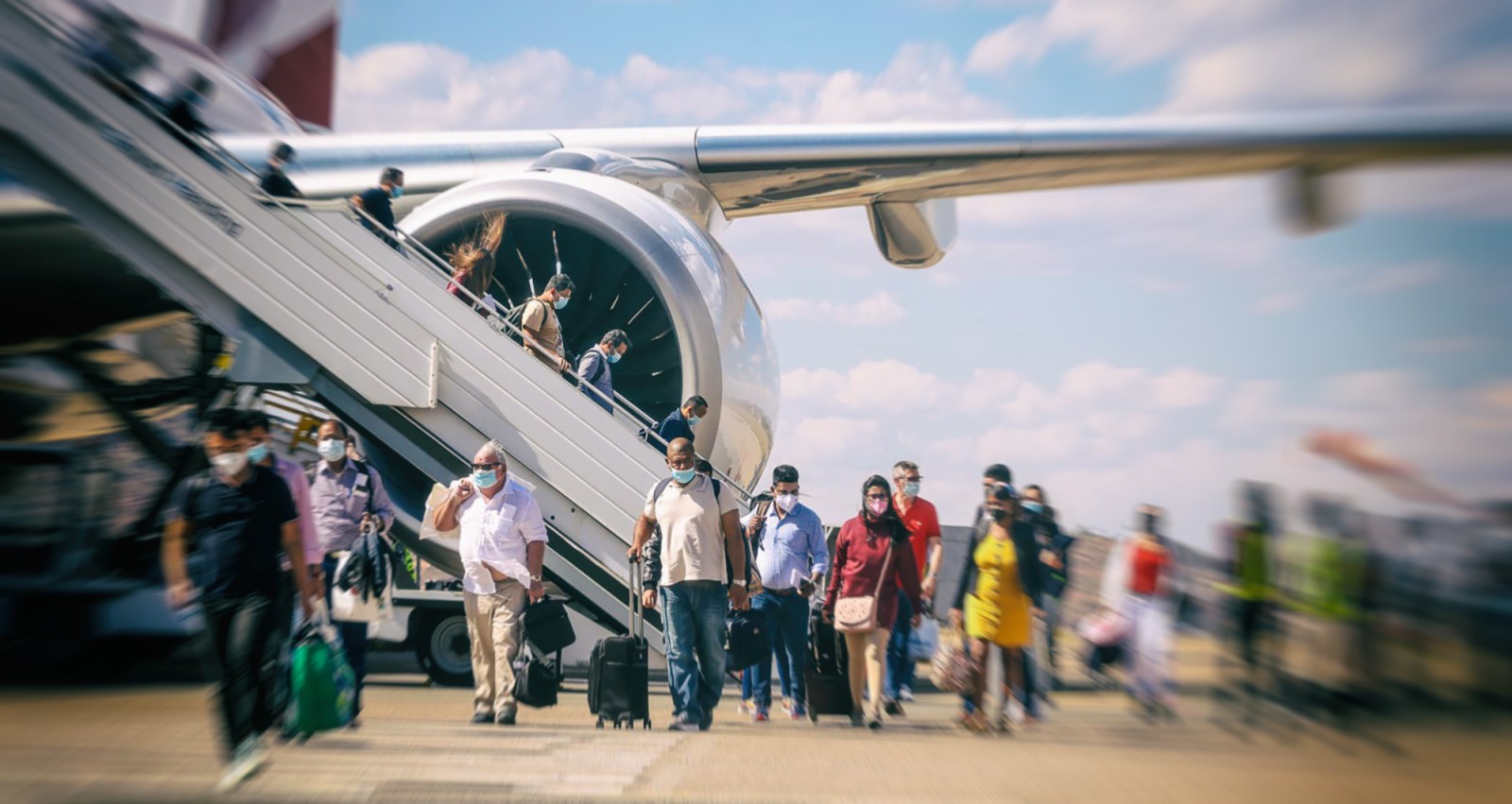 Airlink CEO Rodger Foster says the terms of Airlink’s flights to Madagascar are already clearly defined. Airlink should be allowed to fly unfettered on the route as it is the designated South African carrier. (Photo: Flickr / Ministere du Tourisme)

The South African airline has been barred from flying to Madagascar for three months, apparently because Madagascar wants 73.5kg of confiscated gold and three jailed citizens back.

Airlink flights to Madagascar have remained banned for three months because of an unresolved spat between the Indian Ocean island state and South Africa over Pretoria’s refusal to return confiscated gold bullion and alleged smugglers.

The dispute is now being addressed at the highest level as an official delegation from Madagascar is expected to meet President Cyril Ramaphosa on Tuesday, according to Airlink’s CEO, Rodger Foster.

The government of President Andry Rajoelina has prevented Airlink — the only South African company flying the route — from operating in the country since April.

Though Madagascar has never confirmed this officially, Airlink and Pretoria believe the ban is in retaliation for South Africa’s refusal to return 73.5 kg of gold bars, worth about R70-million today, and $20,000 in cash that was confiscated from three Madagascan nationals who flew into Fireblade Aviation, a private terminal at Johannesburg’s OR Tambo International Airport, on a private charter flight from Madagascar on 31 December 2020.

South Africa has also refused to release the couriers, though the Kempton Park Magistrates’ Court is due to hear the Madagascar government’s application for their extradition on 14 July. Pretoria’s position is that the couriers brought the gold and dollars into South Africa illegally as they did not declare the goods and so it cannot return the confiscated goods or the couriers until due legal process has been completed.

South Africa’s ambassador to Madagascar, Sisa Ngombane, has been working hard to try to resolve the dispute and allow Airlink to fly again. The suspension of its services is causing great inconvenience and cost to businesspeople, tourists and others, forcing them to fly long roundabout routes to get to the island country. And Airlink is losing a lot of revenue.

Ngombane told Daily Maverick on Thursday that there was still no movement but that he had lined up a few more high-level meetings.

Airlink’s Foster told Daily Maverick that a delegation of officials from Madagascar would meet Ramaphosa on Tuesday. Two weeks ago, Madagascar proposed sending a special envoy from Rajoelina to meet the SA President.

It is not publicly known what will be on the agenda of Tuesday’s meeting as the Madagascar government has never announced its reasons for preventing Airlink from flying into the country. But it seems likely the two governments will discuss Madagascar’s demand that the gold bars, the dollars and the couriers should be returned to Madagascar.

Since that issue blew up in April, Madagascar has also raised the stakes by demanding that its own customs officials should be allowed to vet any goods that enter South Africa from Madagascar and to determine how any travellers from their country are treated in South Africa.

A few weeks ago, it asked Foster to come to Madagascar to meet the transport minister to discuss the “modalities” of the arrangements for Airlink to fly the Madagascar route. Foster told Daily Maverick on Thursday that he had not gone and saw no point in doing so.

He said the terms of Airlink’s flights to Madagascar were already clearly defined by aviation treaties between the two countries which prescribed that Airlink should be allowed to fly unfettered on the route as it is the designated South African carrier.

Airlink was answerable to South Africa’s Civil Aviation Authority and it could not do side deals with Madagascar, which had no jurisdiction over it.

“We are pawns in this chess game,” Foster said. “We’re being held ransom. We’ve done nothing wrong.” He suggested that Madagascar was basically using Airlink to blackmail Pretoria into submitting to its demands about the gold bullion.

“Meanwhile, the economic ties between the two countries have been badly compromised,” he added. He said tourists, businesspeople and others were being forced to take long detours via Paris, Nairobi, Addis Ababa, Reunion and Mauritius.

Why exactly Madagascar has made such a huge issue of the confiscated gold remains something of a mystery.

In Madagascar, the arrest of the three couriers caused a huge political rumpus, with several senior officials being fired, fuelling a suspicion that the government is involved at the highest levels. Aviation sources told Daily Maverick the chartered aircraft that brought the three carriers and the gold bars to South Africa was usually used by the country’s minister of finance.

“The suggestion being there is no way that the highest Madagascar government officials could have been unaware of this flight,” one source said.

In February 2021, a company called Parpia Gold and Jewels Trading LLC asked the Johannesburg High Court to order the release of the three couriers — whom it said were its employees — and to return the gold bars and $20,000, which it claimed to legally own. Both the South African and Madagascan governments opposed this application

Parpia claimed it had bought the gold legally from a legitimate gold dealer in Mali and the couriers were legally transporting the gold from Mali to another dealer in Dubai. But the court rejected this explanation as implausible. It said Parpia could not explain why the couriers were flying via Madagascar, Johannesburg and Addis Ababa to convey gold from Mali to Dubai.

Furthermore, Parpia could only produce documentation to prove it had bought 3kg — not 73.5kg — of gold from the Malian gold dealer. It also could not explain why the couriers had exited the Fireblade terminal at OR Tambo airport if they were in transit.

The court dismissed their application and so the couriers remain in custody and the gold and dollars remain in the possession of the police, as evidence of an alleged crime.

The gold intercepted at Fireblade was possibly the tip of an iceberg of gold smuggling from the island; in 2014, the French Institute of International Relations estimated five tonnes of gold were being smuggled from Madagascar every year.

Apart from the dispute over the confiscated gold, other possible explanations have been proposed for Madagascar’s ban on Airlink.  Some aviation sources say Rajoelina is angry with South Africa because in 2018 his political party, TGV, paid a South African company to supply it with aircraft for election campaigning — which the South African company never delivered. DM