Hong Kong has ‘risen from the ashes’, China’s Xi says on rare visit 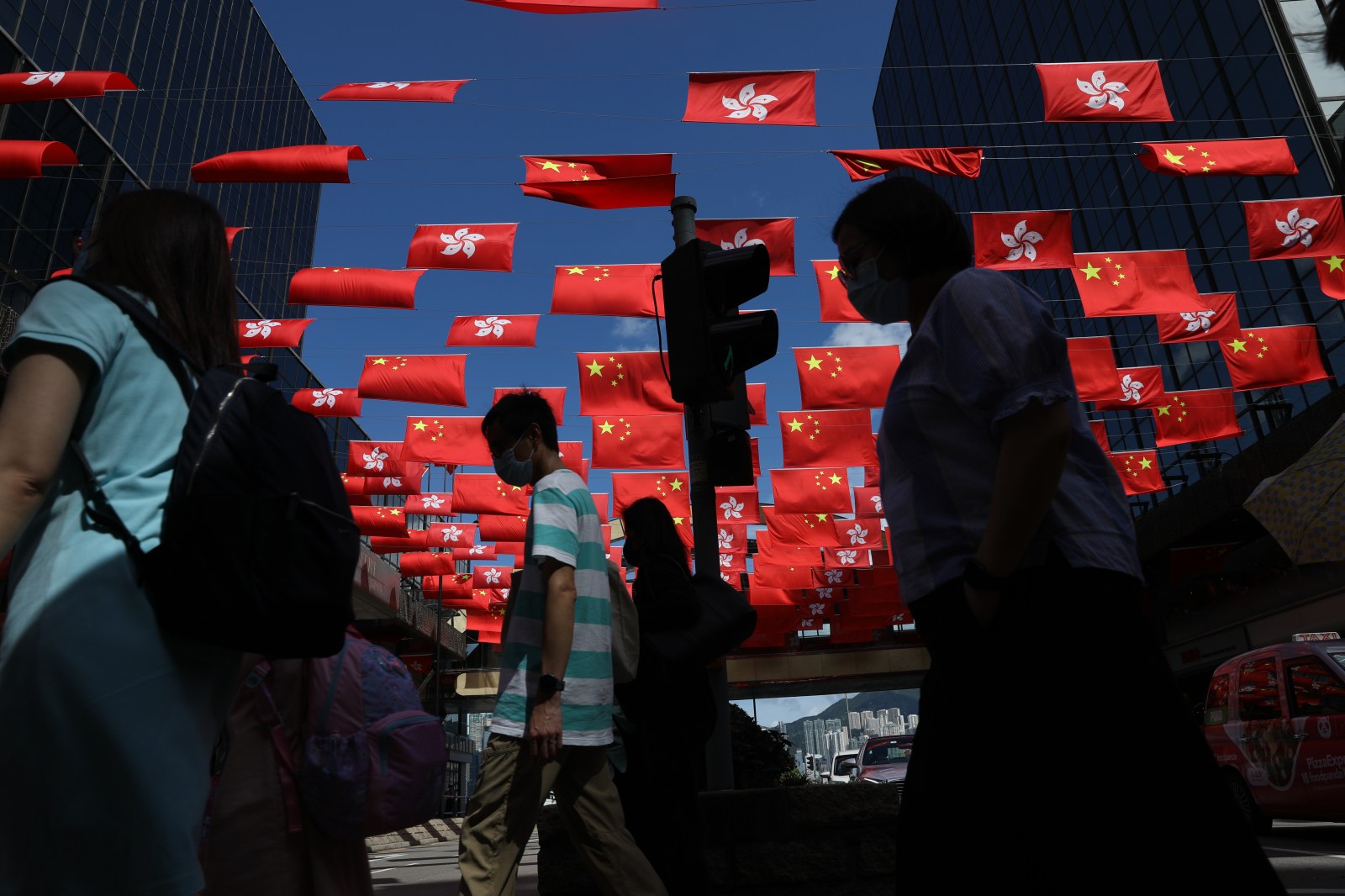 HONG KONG, June 30 (Reuters) - Hong Kong has overcome its challenges and "risen from the ashes", China's President Xi Jinping said on Thursday, as he arrived in the former British colony to celebrate 25 years since its return to Chinese rule.

Xi will swear in the global financial hub’s new leader, John Lee, on Friday during his first visit to the city since 2017, which is also his first known trip outside the mainland in more than two years, amid the COVID-19 pandemic.

Wearing masks, Xi and his wife, Peng Liyuan, stepped off a high-speed train to be greeted by children waving flowers and Chinese and Hong Kong flags and chanting “Welcome, welcome, warmly welcome” in Mandarin.

“Hong Kong has withstood severe tests again and again, overcoming challenges one by one,” Xi said during a brief speech. “After the wind and rain, Hong Kong has risen from the ashes.”

Some analysts see Xi’s visit as a victory tour after Beijing tightened its control of Hong Kong with a sweeping national security law, following mass pro-democracy protests in 2019.

“It is a celebration of the central government’s victory over the political opposition in Hong Kong,” said John Burns, a professor in the Department of Politics and Public Administration at the University of Hong Kong.

Outgoing city leader Carrie Lam and her husband were among those who welcomed Xi at the station, which has not been used for two years because of COVID restrictions.

City streets were festooned with red China flags and posters declaring a “new era” of stability.

Xi’s full official schedule for the visit has not been released. It was not immediately clear if the celebrations would be affected by an expected typhoon.

On his last visit to Hong Kong, Xi warned against any acts endangering China’s sovereignty, saying the city needed to beef up its national security arrangements.

While tens of thousands of demonstrators marched during Xi’s visit five years ago, no protests are expected this time because of the city’s heightened security and with the most outspoken opposition politicians and democracy activists either in jail or self-exile.

Hong Kong returned to Chinese rule under a “once country, two systems” formula meant to preserve its freedoms but critics say they have been eroded as Beijing exerts control.

Beijing and Hong Kong’s government reject that saying they have “restored order from chaos” so that the city can prosper.

Lui Kam-ho, a senior policeman, warned this week against any acts of violence or public disorder. The police force of more than 30,000 said it would deploy its resources to ensure security for the celebrations.

Resident Karis Ho, 31, said the security measures were an inconvenience for the public and “made Xi appear sensitive”.

“It shows how much he values Hong Kong,” Chau said.

Members of pro-democracy group the League of Social Democrats said they would scrap plans for demonstrations after national security officers warned them not to protest during Xi’s visit.

Incoming leader Lee, a former policeman the United States has placed under sanctions over the national security law, and Lam have been taking daily COVID tests and staying in a quarantine hotel for days before Xi’s visit, media said.

China’s strategy of stamping out COVID outbreaks as soon as they occur, at just about any cost, contrasts with a global trend of co-existing with the disease.

Some journalists have been blocked from covering the ceremonies, with the Hong Kong government citing security requirements.

Xi, poised to secure a precedent-breaking third leadership term at a Communist Party congress this year, is expected to spend the night in the neighbouring city of Shenzhen on Thursday before departing from Hong Kong on Friday.