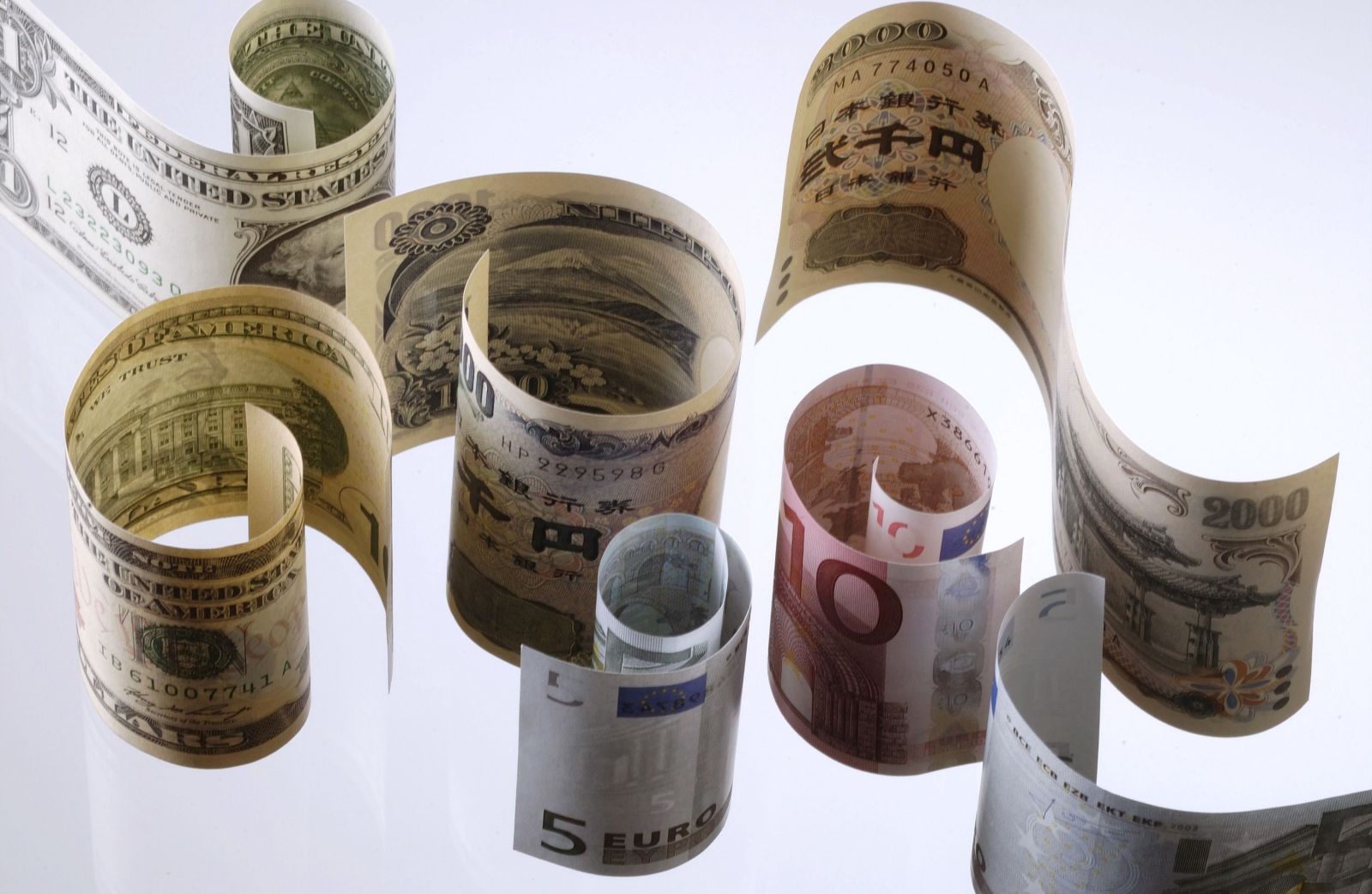 Japanese yen, US dollar, and euro notes are arranged for a photograph in Tokyo, Japan. (Photo: Tatsunori Misawa/Bloomberg)

The surge in the dollar has set Asian currencies on course for their worst quarter since the 1997 financial crisis and created a dilemma for central bankers.

The Bloomberg JPMorgan Asia Dollar Index is poised for a 4.5% drop this quarter, the steepest since the crisis pummeled currencies almost 25 years ago. Central banks in the region have lagged behind emerging-market peers in raising rates as they seek to boost the recovery from the pandemic, and that more patient policy stance is weighing on their currencies as the Federal Reserve pushes ahead with big hikes.

“Central banks are thrust into a difficult position to tighten, even as the recovery from the pandemic is not yet complete and with the specter of a US recession ahead,” said Eugenia Victorino, head of Asia strategy at Skandinaviska Enskilda Banken AB in Singapore. “Complicating the picture is the strong greenback, which adds to the pressure to tighten as weak currencies exacerbate imported inflation.”

South Korea’s won is set for its largest monthly decline in 11 years, while the Philippine peso is headed for its worst quarter in 14 years. In India, the central bank is fighting on several fronts to slow the rupee’s decline to fresh records.

Meanwhile, the yen, which is not part of the index, has lost 11% of its value against the dollar since the end of March amid a growing yield differential with the US as the Bank of Japan sticks to its ultra-easy monetary policy.

But Asia’s central banks may have to change tack as consumer prices steadily move up and weaker currencies add to concerns about imported inflation. Bangko Sentral ng Pilipinas has said it will consider larger rate increases after two quarter-point moves, while Bank of Korea has kept the door open for a larger-than-usual hike in July.

“Inflation is proving to be persistent and central banks may have to move ahead of schedule and be even more aggressive than expected,” said Eddie Cheung, senior emerging-markets strategist at Credit Agricole CIB in Hong Kong. “Growth is still holding up for the time being and that gives them leeway to focus on fighting inflation.”

Currency depreciation could cause regional central banks to tighten “if it adds to import-led inflation on top of the supply-side inflation already seen,” Morgan Stanley economists led by Deyi Tan wrote in a report published on Sunday. The analysts expect rate hikes to continue on surging inflation expectations.

Central banks have already drawn billions of dollars from their foreign-exchange reserves to slow the declines in their currencies. Stockpiles in Thailand and Indonesia have fallen to their lowest since 2020, as officials pledge to curb volatility in their currencies, while thus far holding off on raising rates.

The region is in a much stronger position than in 1997, and in 2013 during the Taper Tantrum, after accumulating trillions of reserves. India’s authorities have built up a stockpile of almost $600 billion, while South Korea’s stash exceeds $400 billion.

But the worst may be yet to come for Asian currencies as the Fed has signaled another big increase in July, with traders pricing a 75 basis-point hike. Goldman Sachs Group has warned high-yielding currencies such as the Indian rupee and Indonesian rupiah may reel amid deteriorating external finances and as the Fed tightening spurs risk-off sentiment.

To be sure, even with currencies tanking, “central banks across the region are unlikely to go anywhere near matching the Fed’s rate hikes like-for-like”, Miguel Chanco, chief emerging Asia economist at Pantheon Macroeconomics, wrote in a report on Monday. “Reserves remain ample, and are likely to continue to be used to lean against excessive currency volatility.” BM