Warsaw hails planned U.S. military base in Poland as cl...

Warsaw hails planned U.S. military base in Poland as clear signal to Russia 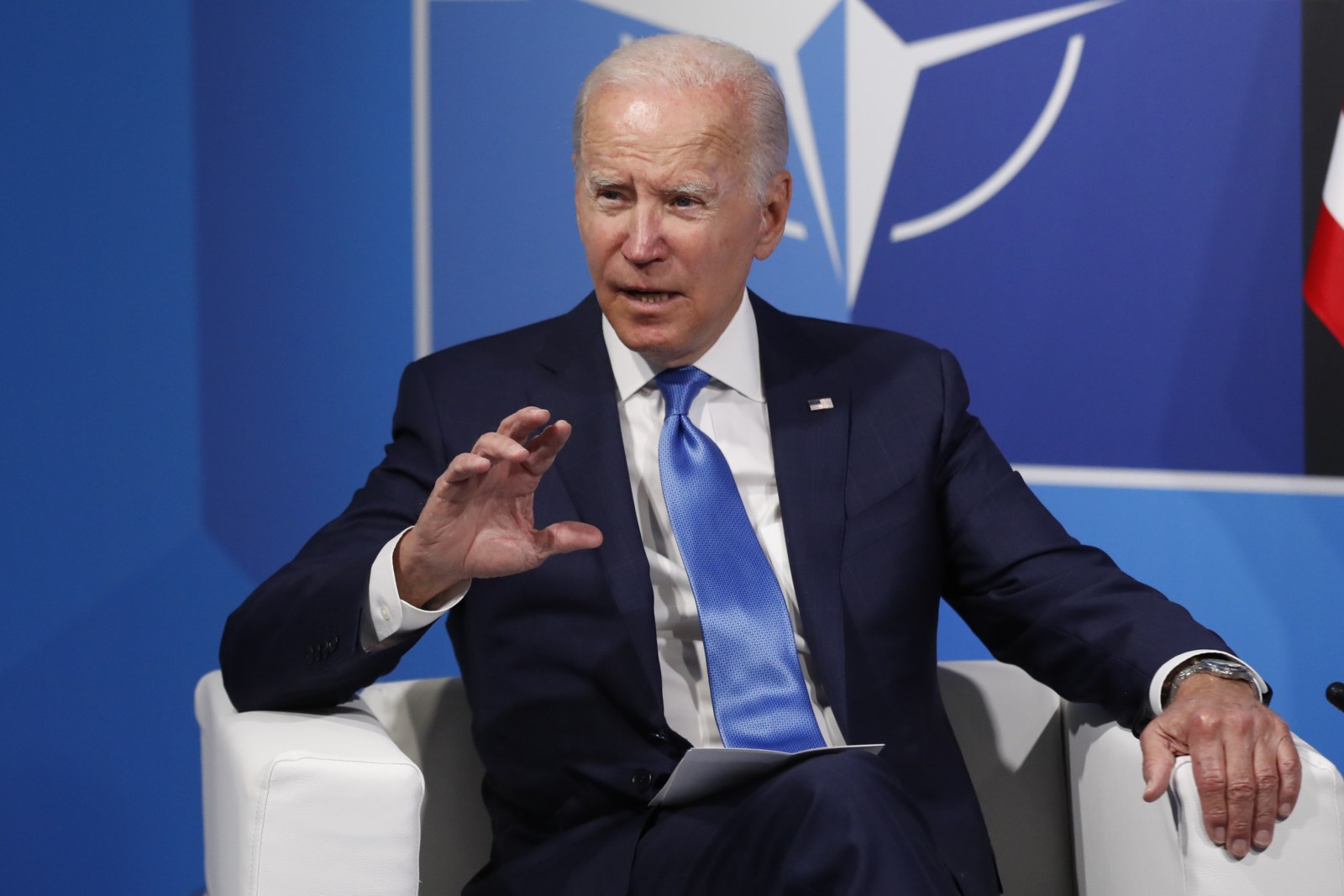 US President, Joe Biden reacts during his meeting with NATO Secretary-General, Jens Stoltenberg (not pictured), on the first day of the NATO Summit at IFEMA congress centre in Madrid, Spain, 29 June 2022. EPA-EFE/LAVANDEIRA JR.

WARSAW, June 29 (Reuters) - Poland on Wednesday hailed U.S. President Joe Biden's commitment to establish the 5th Army's Headquarters in Poland as the realisation of a long-held dream that would send a clear signal of deterrence to Russia.

Biden told a NATO summit in Madrid earlier on Wednesday that the United States will ramp up its forces and equipment across Europe and set up a new permanent army headquarters in Poland in response to potential new threats from Russia following its invasion of Ukraine.

Since Russia annexed Ukraine’s Crimea region in 2014, Poland has viewed an increase in NATO troops on the Western alliance’s eastern flank as vital for central Europe’s security in the face of increased Russian assertiveness and has long sought a permanent U.S. military base on its soil.

“It is a success which comes from long and consistent negotiations on this matter and, at the same time, a very clear sign that the Americans intend to increase, not decrease, their presence in Poland,” Jakub Kumoch, the Polish president’s foreign policy adviser, told Reuters when asked about Biden’s announcement.

“Something that seemed impossible to many is becoming a fact today,” Deputy Foreign Minister Marcin Przydacz wrote on Twitter.

“We have a PERMANENT U.S. presence in Poland… It is also a clear signal to Moscow.”

Biden visited Poland in March and told U.S. troops deployed there that they were “in the midst of a fight between democracies and oligarchs.”

Jaroslaw Kaczynski, the leader of Poland’s ruling party, said in April that Warsaw would be open to having U.S. nuclear weapons on its soil and would welcome a 50% increase in the number of U.S. troops in Europe in comments criticised by the Kremlin.

Before tensions between Russia and the West flared over Ukraine, the U.S. military had about 4,500 troops in Poland in both a NATO and a bilateral capacity, mostly stationed in the west of the country on a rotational basis.

Washington has since despatched extra troops and equipment to Poland on a temporary basis and NATO said in June that the alliance currently has 11,600 troops from other countries deployed in Poland, a number which included forces from other NATO members such as Britain.

In 2018, Poland, which borders Ukraine and close Russian ally Belarus, proposed naming a military base in honour of then U.S. president Donald Trump, in return for him establishing permanent presence there.

By Alan Charlish and Pawel Florkiewicz