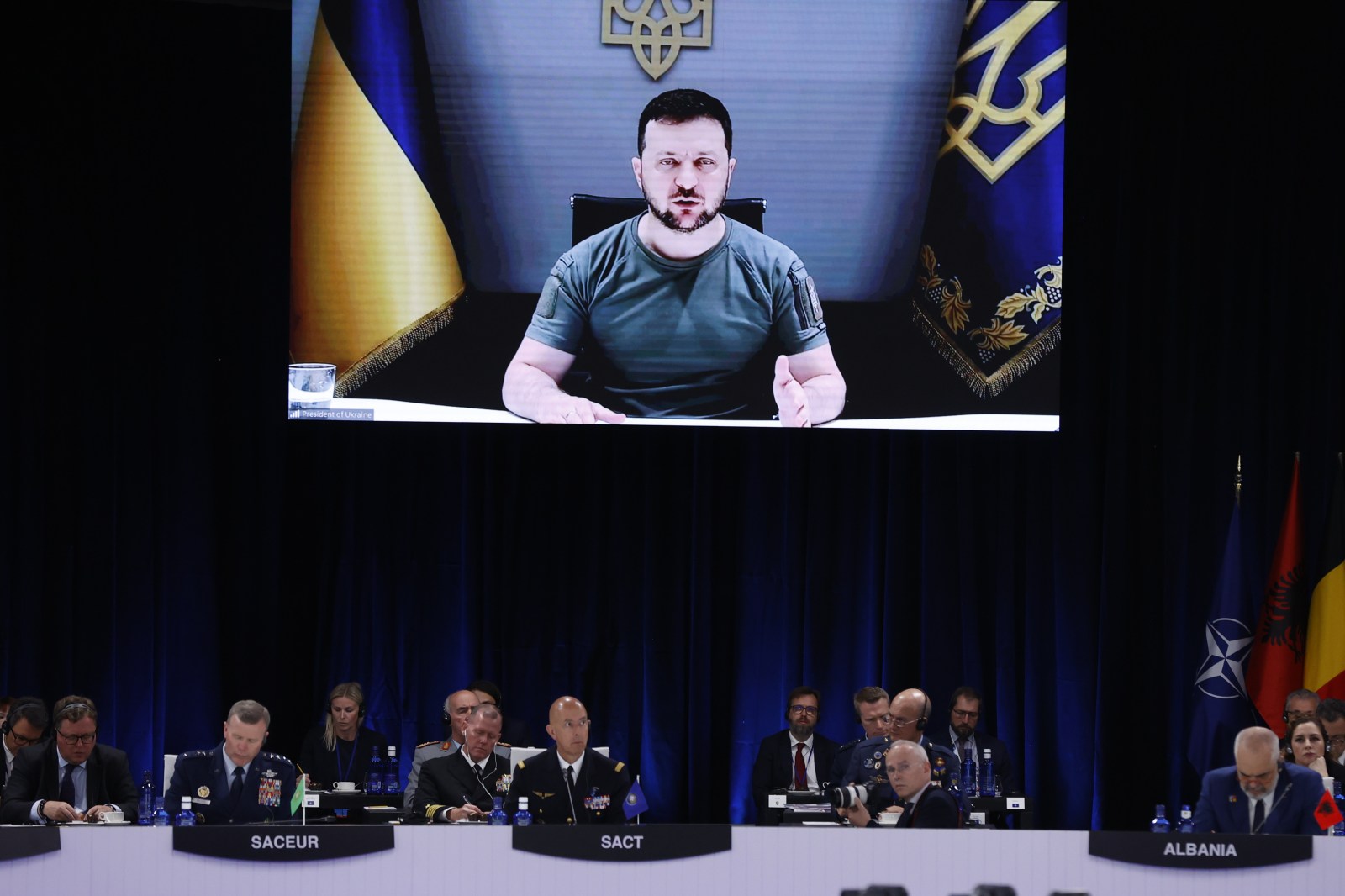 Ukrainian President Volodymyr Zelensky (on the screen), delivers a speech as he attends by video conference a meeting during the first day of the NATO Summit at IFEMA Convention Center, in Madrid, Spain, 29 June 2022. Heads of State and Government of NATO's member countries and key partners are gathering in Madrid from 29 to 30 June to discuss security concerns like Russia's invasion of Ukraine and other challenges. Spain is hosting 2022 NATO Summit coinciding with the 40th anniversary of its accession to NATO. EPA-EFE/Juan Carlos Hidalgo

He put the monthly cost of defending Ukraine against Russia’s invasion at about $5 billion.

“This is not a war being waged by Russia against only Ukraine. This is a war for the right to dictate conditions in Europe – for what the future world order will be like,” he said in a virtual address to a summit of the Western defence alliance in Madrid.

“That is why it is absolutely necessary to support Ukraine, even now, with weapons, finances and political sanctions against Russia, which will stop its ability to pay for the war.”

“By providing them to us, you can completely break Russia’s tactics to destroy cities and terrorise civilians,” he said.

Moscow calls its actions a “special military operation” to disarm Ukraine and rid it of what it calls anti-Russian nationalism fomented by the West. Ukraine and the West say Russia launched an unprovoked war of aggression.

Zelenskiy said Russia did not want to stop at taking areas of southern Ukraine or the Donbas region of eastern Ukraine, where the heaviest battles of the war are being fought.

“It wants to absorb city after city in Europe, which the Russian leadership considers its property and not independent states. This is Russia’s real goal,” he said.

“The question is – who is next for Russia? Moldova? The Baltic States? Poland? The answer is all of them.”

He said NATO was adapting a new 10-year strategy that was “first and foremost a strategy for the security of your societies, your states” while Ukraine suffered “cruise missiles, torture, murder of children, rape of women.”

“Financial support for Ukraine is now no less important than aid with weapons,” he said. “We need about $ 5 billion a month – and that’s a fundamental thing. This is exactly what is needed for defence, for security.”