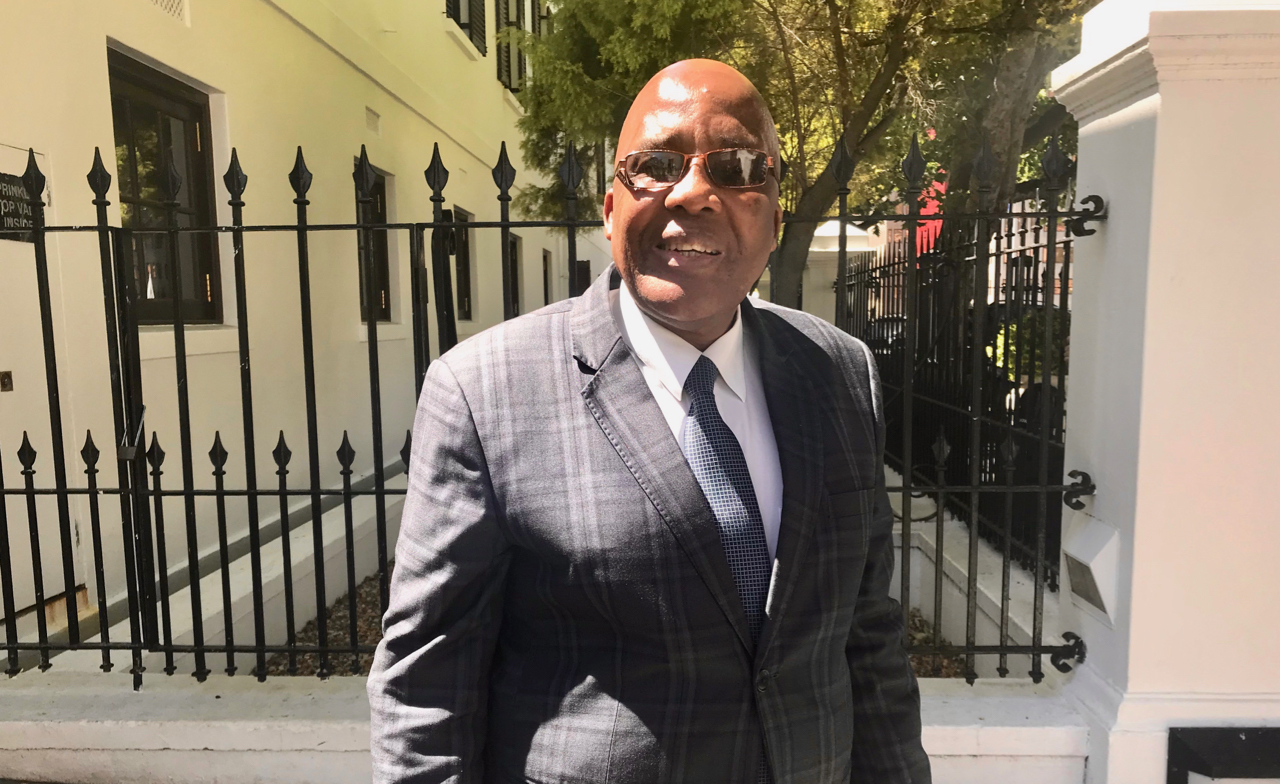 Minister Aaron Motsoaledi wrote: “South Africa is now under the dictatorship of some non-governmental organisations with some having faceless and dubious funders. Their ultimate aim is to assist in the dislodgement of the government of the day from power by all means available.” Is this the new level of debate government ministers are sinking to? (Archive photo: Tariro Washinyira)

Instead of providing a reasoned defence of the government’s decision to end the Zimbabwe Exemption Permit, he has made a venomous, unhinged attacked on civil society.

Minister of Home Affairs Aaron Motsoaledi has published a shameful attack on the Helen Suzman Foundation and civil society.

The Foundation is taking Home Affairs to court because of its decision to terminate the Zimbabwean Exemption Permit. This effectively means about 180,000 Zimbabweans and their children living in South Africa will be undocumented and unable to work or live here lawfully from 1 January 2023.

Since a special permit for Zimbabweans was implemented over a decade ago, the situation in Zimbabwe has not improved. In the meantime, hundreds of thousands of Zimbabweans have made a life in South Africa. For many, their children have grown up here or even been born here; they know no other country. Now they face being uprooted and forced to go and live in Zimbabwe, a country with an oppressive government and broken economy.

GroundUp relies on several reporters with Zimbabwean Exemption Permits. They often cover immigration issues because South African reporters don’t have the same access to immigrant communities. They are contributing positively to South African society. Besides our concern at a personal level for their welfare — it’s extremely hard to be a journalist in Zimbabwe — we are worried that we may lose the vital stories our Zimbabwean journalists report.

It is for these and other reasons that we support the Helen Suzman Foundation’s case.

Motsoaledi has responded by describing the foundation’s action as “destructive”, of “behind the scenes planning [of] the so-called ‘public interest’ court action”, of being part of a “disturbing and growing trend by some NGOs to sabotage the … decisions taken by Government by using the courts” which “must be nipped in the bud”.

Most alarmingly, he writes: “South Africa is now under the dictatorship of some non-governmental organisations with some having faceless and dubious funders. Their ultimate aim is to assist in the dislodgement of the government of the day from power by all means available.”

Really? South Africa is under the control of non-governmental organisations? Not the ruling ANC? Not the ministers and officials who ransacked the country over the past decade, and destroyed our trains, our electricity system, weakened our public health system (in part under Motsoaledi’s watch as health minister) and undermined nearly every state institution and state-owned enterprise?

Incidentally, the Department of Social Development gets the Helen Suzman Foundation’s audited financial statements so the government knows exactly who its main funders are. They’re neither “faceless” nor “dubious”.

There is much else in Motsoaledi’s statement that sounds unhinged: “licence to abuse the Bill of Rights”, “armchair critics”, “no idea of the sacrifices and deaths of many freedom fighters”, “sat in the comfort of their homes because of the colour of their skin”, “playing the victim card”.

The attack on activist organisations for going to court to defend the human rights of fellow Africans is reminiscent of the way the Mbeki government attacked the Treatment Action Campaign for using the courts to get HIV medicines into the public health system. Motsoaledi ultimately championed the use of those medicines — we probably have the largest public sector chronic medicine programme on the planet — and he was celebrated by health activists. Now he uses language that would have embarrassed even those who opposed HIV medicines.

His venomous language is reminiscent of the tyrannical Robert Mugabe, who was the prime instigator of the situation that led to the special permit having to be created in the first place.

But the especially unhinged aspects of Motsoaledi’s statement also come from the toxic playbook of Donald Trump. Is this to be the new low level of political debate in South Africa?

Motsoaledi only makes one substantive argument. He says Zimbabweans can apply for other visas provided for in the Immigration Act. What he doesn’t say is that barely anyone will succeed in doing this — in large part because his department is so dysfunctional.

Motsoaledi is entitled to disagree with the Helen Suzman Foundation and to emphatically express that disagreement. He could have provided a clearly reasoned argument why the special permit is being terminated. The courts will hear his and the foundation’s arguments. This case will likely end up in the Constitutional Court and we will ultimately all have to abide by its decision. That’s how constitutional democracy works.

But Motsoaledi’s new low in political engagement risks degrading the quality of our constitutional democracy that “many freedom fighters” died for. DM